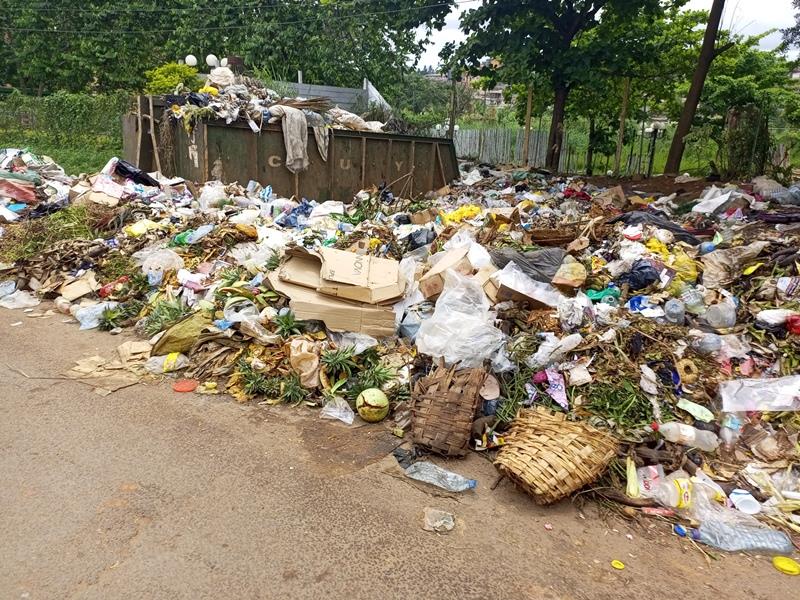 From Mendong through Juvance to Tam-Tam, Dammas and back to Biyem-Assi, just to name these few quarters, garbage is all over the streets of Cameroon’s political capital, Yaounde. And this is posing serious environmental and health issues.

Movement in some major streets in the capital city has become difficult with garbage occupying considerable parts of some roads. For some time, both vehicles and inhabitants have been fighting with each other for passage.

The overflow of garbage keeps increasing every day with little done or even said about the situation. The only observation is that HYSACAM responsible for clearing off garbage has not come around for a while.

With this, the city of Yaounde is gradually sinking back in garbage two months after it cleaned up to host the TotalEnergies Africa Cup of Nations, AFCON.

The Post observed that the city, which was cleared off few weeks to AFCON, is now drowning in garbage following a strike action from workers of HYSACAM, a company in charge rubbish collection in town and in the country.  Workers are said to have stopped work on April 25.

According to some HYSACAM workers in Yaounde who sought anonymity, they are asking for better working conditions, which include provision of work materials, as well as a request for payment of salary arrears. They are also asking for health and family insurance.

Some Yaounde denizens who talked to The Post shared diverse opinions in their calls for the government to act.

This is not the first time HYSACAM workers are on strike as it is the fifth in two years. Health experts have raised an alarm on the impact of overflowing waste. According to some, overflowing waste is a breeding ground for bacteria, insects and others that come in with accumulated was that could be breed diseases. Besides causing air pollution and respiratory diseases, garbage contaminates surface water.

Efforts from some municipal officials are not yielding fruits as garbage continues to be a serious issue across some major streets in the city of Yaounde.

At press time, Hysacam has started clearing the accumulated garbage.