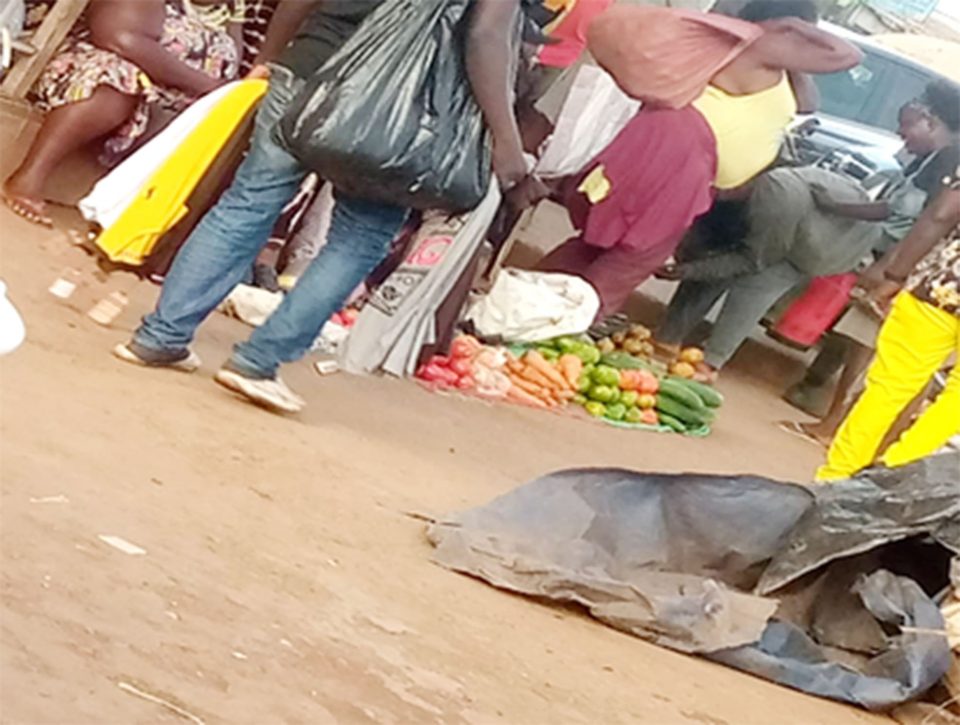 After several warnings from the council not to sell along the road at Melen, a quarter in Yaounde, the clarion call seems to have fallen on deaf-ears, as roadside vendors still find it comfortable selling along the forbidden area.

The warning has not been once; rather it is a repeated act from the council asking vendors to stop doing business in the area. “They were asked to sell in the market after the junction into Presidential Guard Camp because their presence along the road causes traffic. The new market is meant for them, while Total Melen is a filling station”, a driver disclosed.

“No matter how hard the council tries, this act cannot be stopped completely, because there will always be stubborn people among obedient ones. It is only the stubborn fly that follows the corpse into the grave,  because he or she does not listen to instructions,  so this same thing can happen to a vendor caught selling here again,  for that person will serve as example for others to see and change from their bad habit”, another driver said.

According to a pedestrian, things are not the way they were before. He also added that the vendors have reduced, that is why circulation is now easy, no traffic anymore like before in the area.

Also, stealing was the order of the day, due to congestion in the areas. According to a vendor, they know that the market is meant for business; that means it is theirs and Total Melen road is for vehicles and serves as a filling station, but he loves to sell in that area because it makes his business easy going. He is able to stop people or walk up to them and market his articles easily, instead of staying on a particular place in the market to wait for customers to  ask for the cost of the item which can make him go home without selling anything.