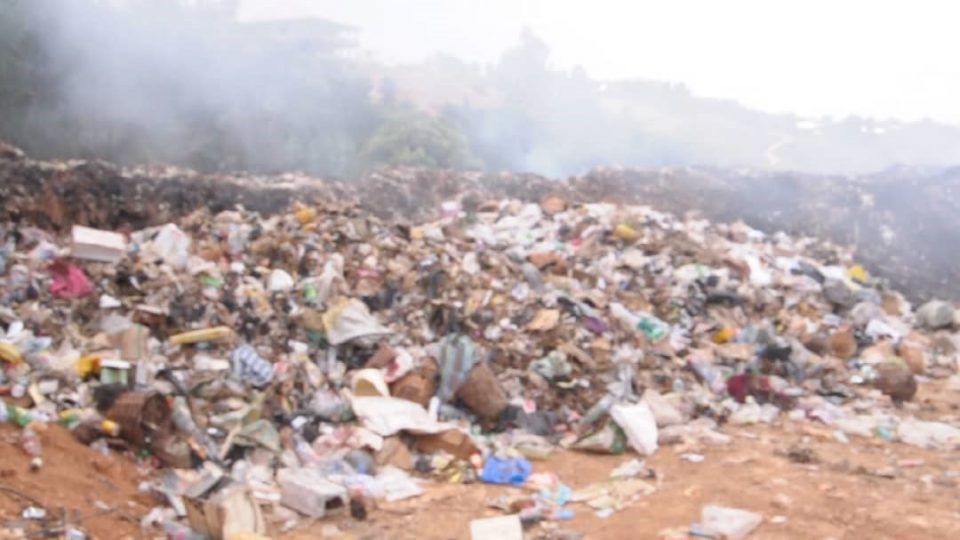 Heaps of uncollected waste has filled the towns of Yaounde and Douala, the main cities to host visitors during the upcoming African Cup of Nations, AFCON.

From observations, preparations are mainly focused on the stadiums and lodging, while sanitation is highly neglected. Piles of stinky garbage heaps occupy spots in the cities and this is not only a threat to the AFCON preparation, but to city dwellers.

The cause of this unpleasant waste disposal is a sit-down strike by the workers of HYSACAM, the company in charge of waste management in the country. These workers are complaining of several months of unpaid salaries and the immediate liberation of their colleague in detention.

The strike by HYSACAM workers has contributed to the increasing traffic and congestion in these cities, as garbage is covering parts of streets, causing stench along the streets.

A health specialist, Che Louis, remarked that the situation is a health hazard. He said the waste also serves as a breeding ground for germs, house flies, mosquitos and that stray animals and pets also go there, and could easily get an infection and spread to denizens.

Maria Rose, a business woman in Yaounde, told The Post that, “It is really embarrassing to have to move on garbage when walking on the road. For days now, the streets are filled with garbage and the government is not doing anything. That means it is very possible for us to stay in this condition for the next one month.

Issues At Stake: The Cameroun Of The Obscenely Mighty