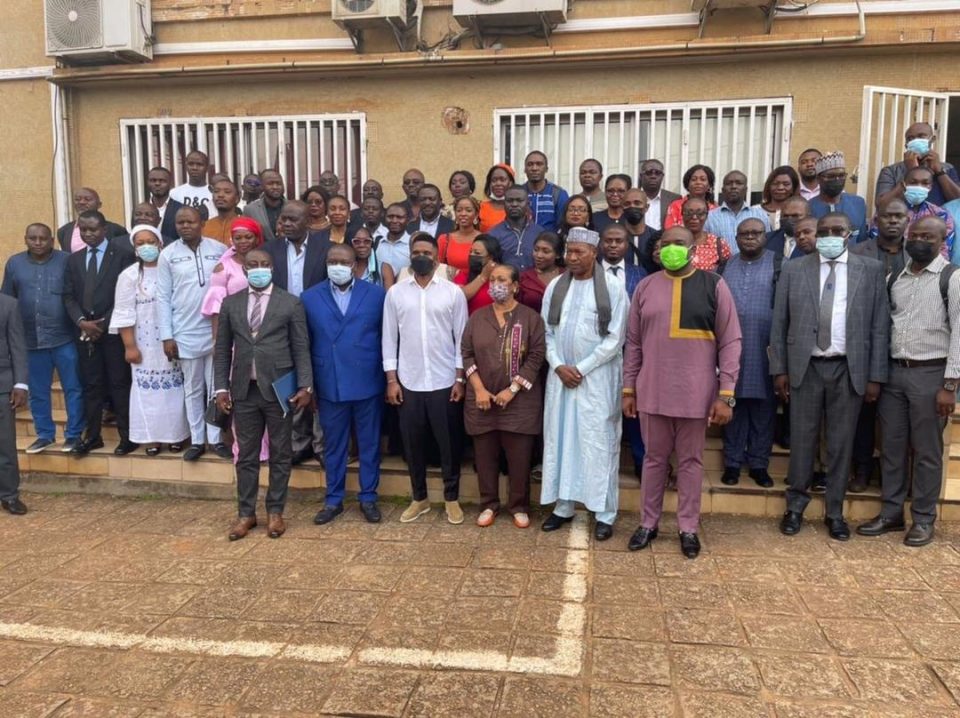 It took several years for the much-awaited wind of change to blow at the Cameroon Football Federation commonly known by the French acronym, FECAFOOT.

However, the consolation of Cameroonians was that change came on December 11, 2021, with the election of football icon, Samuel Eto’o Fils, who was considered an outsider in FECAFOOT. More so, Eto’o Fils from all indications is a ‘l’enfant cherie’ of a vast majority of Cameroonians, who strongly manifested their support for his candidature, even though they were not voters.

The Federation had over the years been taken hostage by those sports observers and Cameroonians regarded as part of a mafia group. The previous regimes were accused of using FECAFOOT for selfish interests, with little or no efforts to promote or modernise Cameroon football.

Also, it was believed by many, and with much frustration and anger, that one could not become the President of FECAFOOT if the person was not a member of the mafia group. Campaigns at different elections for the post of President of FECAFOOT was not just about money, it was more about whether the candidate was an insider or outsider to the mafia group. In the 2018 FECAFOOT for example, Madam Emboutou was one of the candidates and was the first woman in recent times to run for that post. She reportedly spent FCFA 200 million in her campaign but ended up with just one vote, hers. This was clear evidence that in FECAFOOT election money could not easily turn the table in favour of a candidate, for the delegates who were generally part of the mafia, could grad money and still, cast their votes for the candidate of their mafia group. After all, voting is by secret ballot.

A former player of the Cameroon national football team, Emmanuel Maboang Kessack, who in the past contested severally in FECAFOOT elections, and was also a candidate in the December 11, 2021 election, repeatedly told the media during campaigns for the election, that rigging in FECAFOOT elections by incumbents takes place at the base and not at the national election in Yaounde.

Meboang who owns and runs a football club in his native Centre Region said he had taken time to study the situation over the years, and discovered the fraud at the level of the Divisions as well as the regions. Maboang said the fraud at the base ensures that a majority of the delegates from different regions put in place are those who will vote for the incumbent President. With that, even if Transparency International was the institution charged to organise the election for the office of President of FECAFOOT, the incumbent candidate or the candidate of the mafia, would still win.

Moboang disclosed that Seidou Mbombo Njoya and his team fraudulently created dozens of fake clubs in some regions of the country this year, to influence the selection of delegates in those regions that were to vote at the national election for the post of President of FECAFOOT. Maboang disclosed in his findings he counted a total of 47 fake clubs registered in several regions by Seidou Mbombo Njoya and his team. He believed there were more.

Maboang filed a complaint about Seidou Mbombo Njoya’s alleged fraud at the Chamber of Conciliation and Arbitration, CCA Yaounde. He also filed another complaint at the Sports Arbitration Tribunal commonly known as TAS, which is based in Lousanne, Switzerland. In both complaints, Maboang urged the tribunals to annul the candidature of Seidou Mbombo Njoya in the election for the post of President of FECAFOOT, for fraud.

Meanwhile, in a related development, TAS on Friday, December 10, 2021,  ruled on a case that was filed by a group of lawyers on behalf of the 44 members of the 2009 General Assembly of FECAFOOT, that has for several years now been claiming to the legal and legitimate group that is supposed to run FECAFOOT. The group is led by Senator Albert Mbida, designated by the group as the President of the Executive Committee of FECAFOOT. The group had called on TAS to suspend the entire electoral process of the 2021 FECAFOOT elections, saying that the Seidou Mbombo Njoya team at FECAFOOT was illegal and lacked legitimacy. But the December 10 ruling that was signed by the President of the Chamber of Arbitration and Appeal of TAS, Corinne Schmidhause rejected their claims.

Interestingly enough, the lawyers of the group of 44 members of the 2009 General Assembly of FECAFOOT,  Barrister Wamba Makollo George Gerard and Barrister L. Eloma Manga, in a communiqué saw the December 10 ruling by TAS as a temporal measure taken to protect AFCON and said the final ruling of the court will come up after AFCON. “We remain confident that the verdict will put a definite end to the long crisis that Cameroon football has been going through for over a decade”.

These are indications that despite the election of Samuel Eto’o Fils as the new President of FECAFOOT, FECAFOOT’s crisis have not gone away.

The question on many lips is how Eto’o Fils as an outsider, managed to defeat an incumbent, with all the fraud that takes place at the base to select delegates that voted at the national election as Maboang x-rayed above.

With the block votes of six of the 10 regions of the country, Seidou Mbombo Njoya was sure of victory. His campaign team said he had as well picked up a number of votes of delegates in the other four regions. It should be noted that for a delegate to assure Mbombo Njoya of his vote, the delegate was asked to sign a document.

Rather, Eto’o Fils who has good relationships with many personalities across the country was instead seen during the campaign period paying courtesy calls on some personalities. For instance, Eto’o travelled to Garoua in the company of his wife and former captain of the Cameroon national football team, Song Bahanag, to visit the new Lamido of Garoua. In Yaounde and Douala, he also visited several personalities including the Director of Civil Cabinet and elite of the South Region, Samuel Mvondo Ayolo, as well as Cameroon business magnate, Baba Danpullo, who hails from the Northwest Region.

Supporters of Seidou Mbombo Njoya repeatedly made a mockery of Eto’o, saying that while their candidate is realistic in his campaign by targeting and winning delegates that would vote at the elections, Eto’o Fils was wandering about visiting personalities that were not members of the electoral college for the election to the post of President of FECAFOOT.

Eto’o’s Strategy That Paid Off

But as The Post learnt later, Eto’o Fils and his campaign team headed by senior journalist, Jean Bruno Tanyi, knew what they were doing. Eto’o had observed and agreed with Maboang Kessack’s view that the mafia that has been running FECAFOOT for years, always rig FECAFOOT elections at the base.

The Post learnt that the strategy that Eto’o adopted was to meet some of those personalities that have a big influence in their regions, to plead for their assistance to convince the delegates from their regions to vote for him. Part of the strategy was also for those personalities to wait and intervene at the last minute, so as not to give the incumbent, Seidou Mbombo Njoya, time to re-strategise.

The Post gathered that on Friday, December 10 for example, the telephone line of the new Lamido of Garoua was quite busy, as the Lamido personally called all the delegates from the North individually, and asked that they give their votes to Eto’o. It was a complicated situation for those delegates. The delegates found it difficult to turn down their Lamido’s request.

The Post also learnt that it was a similar situation that happened to the delegates from the Northwest Region, where a powerful business magnate who happened to know most of the delegates personally, as they had contacted him several times for other issues, called each of the delegates individually and requested that they each vote for Eto’o Fils.

The Post gathered that Seidou Mbombo Njoya went to bed on Friday, December 10 breaking Saturday, December 11 very worried, as he saw that the tide had turned against him. Most of the delegates from the North and Northwest who did not know what to tell Mbombo Njoya on that Friday following the calls they received from personalities they could not disobey, quietly jumped camp to Eto’o’s side and switched off their phones to avoid any contact with Mbombo Njoya.

For the Centre Region, The Post learnt that some delegates who are close to Eto’o Fils like Nyassa Soleil and the Mayor of Yaounde V1, Yoki Onana Jacques, who constructed a  statute of Eto’o Fils in his municipality, simply made bold and told Seidou Mbombo Njoya that they were no longer with him. These delegates went on to convince some of their colleagues to jump camp and stand behind Eto’o Fils. Eto’o simply outsmarted Mbombo Njoya.

Antonio Conceicao–FEACFOOT Case To Be Tabled Before Players’ Status Committee