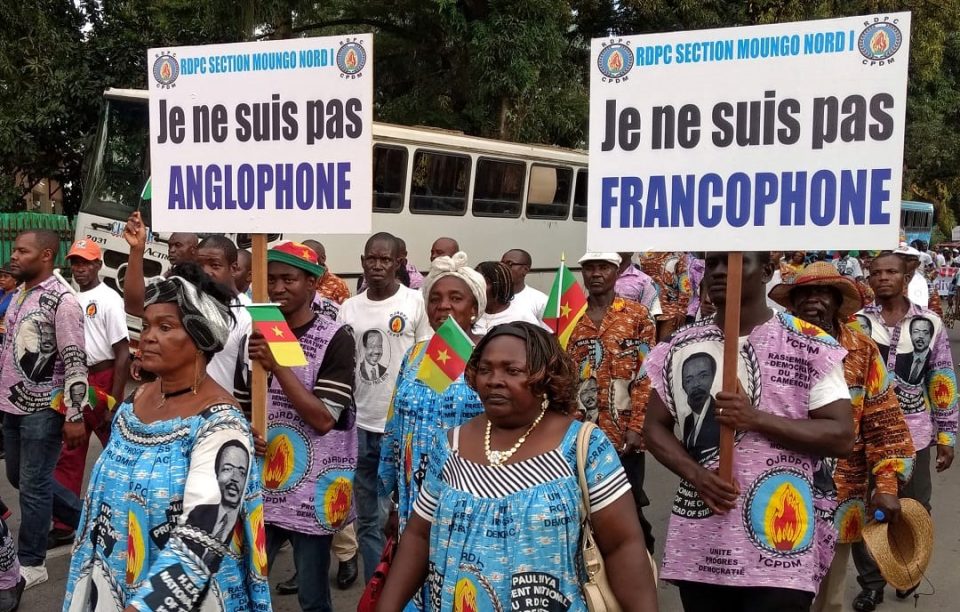 It is no longer new that the Cameroon Government and its politicians are always looking for where an opportunity has presented itself so that they can further divert the attention of the youths. This renders these youths vulnerable in issues that concern them.

At this point, the younger generation seems no longer understanding the tradition and history of national events in Cameroon. This is simply because someone somewhere is trying to shield the youths, to his or her benefit, from the truth.

When the Anglophone Crisis started in 2016 and was gaining popularity from Anglophones across the national territory, regime men and women in Yaounde were scared that their positions will be threatened.

The Government was trying to fix things here and there not realising it was a long and simmering ideology coded in the form of Lawyers’ and Teachers’ strikes.

On September 22, 2017, many politicians and security forces were taken unaware as millions in the Northwest and Southwest took to the streets calling for Independence.

That was because it is the day the United Nations General Assembly was holding since the crisis started in 2016. The numbers sent a signal to the regime in Yaounde that the Anglophones were fed-up and were ready to take destiny into their own hands.

Not knowing the strategy to counter the move, troops were heavily sent to Northwest and Southwest as the call for secession was gaining popularity.

The D-Day was on October 1, 2017, as many had long decided to declare the “restoration of the independent State of Ambazonia.”

While Soldiers were in the English-speaking Regions ready to combat anything related to secession, some Anglophone elite who had taken refuge in Yaounde instead organised a public event to denounce the separation that was happening in what used to be the State of West Cameroon.

Converging at the reunification monument, they brandished placards calling for the unity of Cameroon. “We are one”, “There is no Anglophone or Francophone” were some of the messages that were circulating in Yaounde in 2017 as Senator Tabetando and a host of other Anglophone elite chaired the event.

Many were killed that day and a lot more injured. It was equally the day that Ambazonia President, Sisiku Julius Ayuk Tabe, declared a symbolic independence of “The Federal Republic of Ambazonia”.

Did The Yaounde Celebration Accomplish Anything?

After the celebration to denounce separation in 2017, it is already 2021 (four years after) and such celebrations were never heard again. Those who spear-headed it are holding their positions in Government, apart from a few that have passed on to glory.

From all indications, the move was a confused one aiming to divert attention from what was happening on the ground.

Has The Conflict Stopped?

When the “Father of the nation”, in 2017, declared war, he never imagine it would last this long. The crisis, which a gentlemanly talk could have long resolved, seems to make SDF former MP, Hon Wirba’s statement in Parliament a prophecy: “The crisis in West Cameroon is what will bring down Cameroon.”

Since 2017, when soldiers and Amba boys started fighting and killing each other, things have not changed, apart from the tactics and weaponry.

Even the ‘odeshi’ is no longer popular because Amba boys or Separatist fighters have also upgraded from dane guns, “wata na wata” to Improvised Explosive Devices, IEDs, that have seen so many soldiers reduced to nothing.

Yes. A lot of things have changed. Many seem to be increasingly becoming aware of what the problem is all about. It is no longer a lie that Ambazonia administration is running in the various areas they control.

On Friday, we watched images of how they celebrated the independence with joy and fanfare. Speeches here and there, rendering accountability on what they have done within the year and so on.

This time, instead of singing and insulting President Paul Biya, PM Dion Ngute or Minister Atanga Nji, they were rather requesting that President Biya should liberate their leader held in Yaounde Prison.

“Go to Yaounde and tell Paul Biya to let Sisiku go,” that was the rhythm throughout most of their march past.

Sisiku Ayuk Tabe, the Ambazonia leader, was jailed for life alongside nine of his Cabinet Ministers.

What Has Become Of The New Generation?

A child born in 2016 in Northwest and Southwest under Amba control will grow up with a different notion. As calls for dialogue are not heeded, this separation ideology will grow in their minds and will become difficult to wipe out. Some of them know that anyone working with Yaounde regime is already an enemy.

Ambazonians have established schools and their own administration. Imagine the doctrine they are putting into the minds of these young ones.

How My Friends Made Me Lose My Mumu Lover