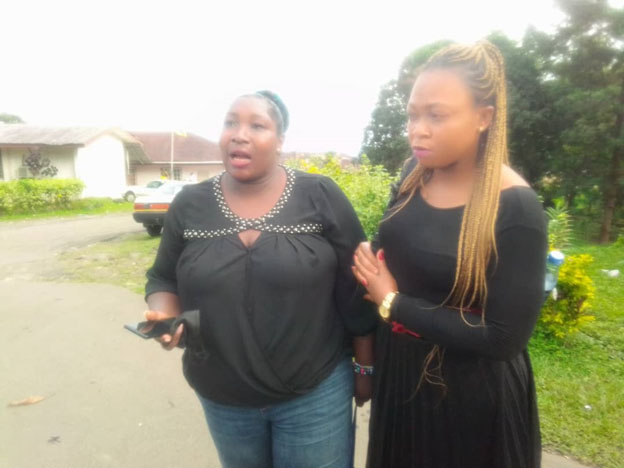 Some women’s rights advocates in Buea have said their cry is for the court to release Antoinnette Kongnso, an eight-month pregnant woman who was arrested and jailed by authorities for being an ex-girlfriend to separatist “General” No Pity.

Ndape Sally and Frida Ebai are all advocates and rights defenders who spoke to The Post this Tuesday after attending the hearing of the said woman’s case at a Buea court.

Authorities failed to produce her in court for a second time and no explanations were made for it.

“We just want to see her, see her condition; to see where we can come in either with baby clothes, with medical assistance, mama kits, so that we can help her. That is our main issue here,” said Frida Ebai, a frontline defender of women and children.

“We represent a number of women whose voices have been working behind the scenes to see that our sister’s condition is improved. We are here because of her condition – she’s a pregnant woman and it is very important for us to know about her welfare. That is one of the reasons why we were here today, and unfortunately she didn’t appear in court and we are hoping that inside the next few days we should be able to see her,” she added.

Her counterpart Sally Ndape said they would have been much happier if Antoinette Kongnso was brought to court.

The case was adjourned, for a second time, to November 9 and both lawyers and rights defenders are saying the date if too far, given the vulnerable condition in which the woman finds herself. She could be giving birth anytime soon and in prison.