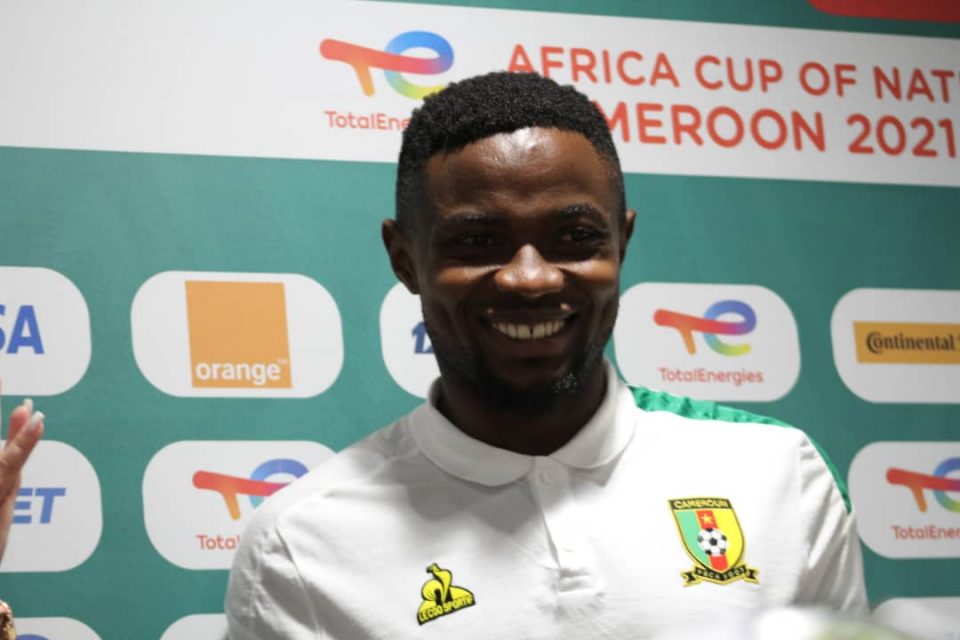 Cameroon International footballer, Collins Fai has indicated that in order to keep the momentum of the Indomitable Lions, the group will continue to win, build confidence as well as learn from their errors.

He made the statement on Sunday, January 16, during a pre-match press conference at the Olembe Stadium in Yaounde. Cameroon will take on Cape Verde on January 17 in the last Group A game of the ongoing TotalEnergies Africa Cup of Nations; AFCON going on in Cameroon.

Talking to the media, Collins Fai said they have a competitive team and everybody want to contribute to the success of the team. In the same lane, they are going to give in their best when they face Cape Verde.

“Our game tomorrow is not difficult because everyone wants to play, to show what he is capable of. We know we have qualified but we need to continue winning, building our confidence and learning.”

“We made a lot of mistakes in the past two games and we need to correct them and look forward to the next phase of the competition. We are on a positive lean,” Fai stated.

According to Fai, “…I believe that if the coach called in 28 players, he has confidence in them. Tomorrow, we are going to give in our best and maintained the momentum,” he said.

Fai added that they “have to play offensive and we are ready for the challenge. We have learnt our lessons after the two games we played with them. We want to take every game 100 percent. We are focus on improving every day.”

Talking about the social media, he reiterated that, “It is true we have our social media platform, we are following up and we feel the encouragement, support and pressure and all of this we have to manage it positively.”

“It makes us want to improve every day. We are happy that they are behind us and we will continue to work hard to keep the joy we are giving to Cameroonians and African football,” he said.

Cameroon, who have qualified for the next phase of the game tops Group A with six points followed by Burkina Faso and Cape Verde with three points each in the second and third position respectively. Ethiopia tails the table with no point after two games.

Why Are Ministers Referring To State Projects As Gifts From Biya?