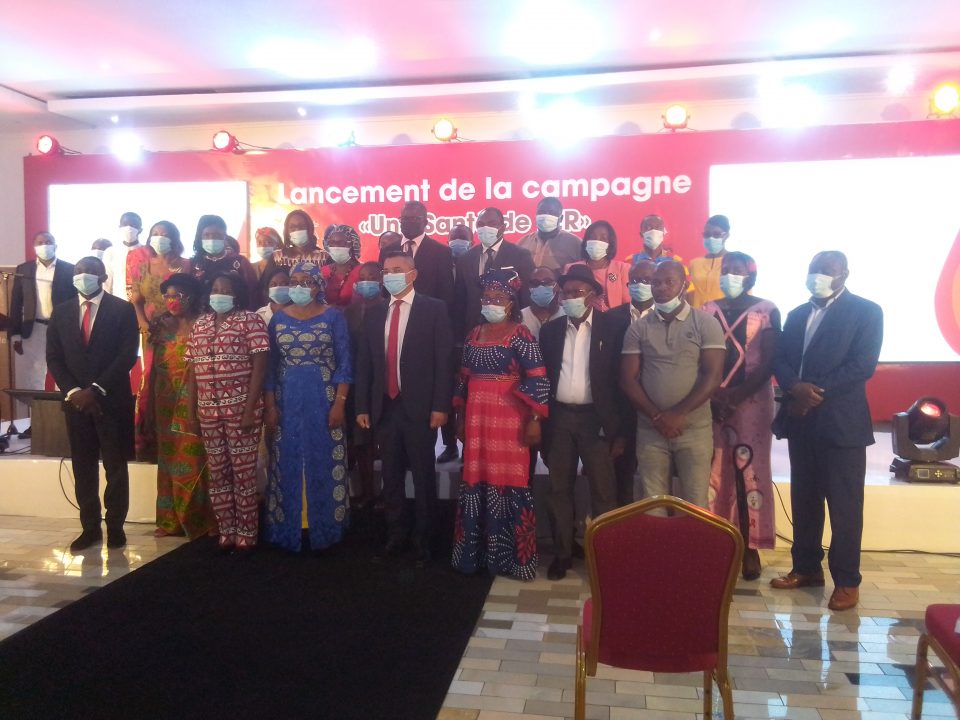 Nestlé Cameroun has fortified some of its products with iron to ensure that families and individuals in Cameroon have a mass intake of iron in their diet, so as to live healthily.

These products were unveiled during a campaign called “Live Strong with Iron”. The campaign, launched in Douala on Thursday, October 28, aimed at raising awareness among individuals and families about the importance of an iron-rich diet to healthy living.

During the occasion, the attendees were sensitised on the importance of having an iron-rich diet daily to live healthily.

Holding at a time when the world is commemorating World Food Day, the campaign was also held in a context marked by the prevalence of anaemia among children under five years of age and women, which indicates malnutrition and predicts the future of families and the nation.

Iron is a nutrient that produces red blood cells in the body. Its main function is to carry oxygen throughout the body so that the cells can produce energy.

Now in Cameroon, many children still suffer from anaemia which is a very critical health issue.

According to the General Manager of Nestlé Cameroun, Robert Helou, about 60 percent of children less than five years in Cameroon are still suffering from anaemia which is caused by iron deficiency. The deficiency occurs when the body lacks enough iron. It is manifested through feeling tired, weak, hard to concentrate, pale skin, hair loss and headache.

“Indeed, anaemia, which is most often due to an insufficient intake of iron in the diet, is a serious public health problem in Cameroon. According to statistics, six out of 10 children under the age of five have anaemia. In addition, 40 percent of women aged 15 to 49 suffer from anaemia,” Nestle’s press kit stated.

Owing to diet difficulties, Nestle decided to fortify its products like Maggi shrimp, Cerelac, Nido, among others, with iron.

According to Nestle Communication Director and Public Relations Officer, Rostand Banzeu, who presented Nestlé’s contribution in Cameroon to help families consume iron-fortified foods and live a healthier life: “Nestlé has chosen to fortify the mentioned foods to make them available and affordable to help Cameroonian consume them so that they can have the necessary iron intake on daily basis and there live a healthier life.”

This, he added, is Nestlé’s contribution as the leading food and beverage company in helping children and communities “to live a healthy life by having a necessary iron intake on daily basis.”

Still at the launching, Nestlé brought in the Head of the Laboratory of Food Sciences and Nutrition of the University of Douala, Prof. Innocent Gouado, who drilled the participants on how the right nutrients can contribute to the health of individuals.

Prof. Gouado, in his presentation, focused on the importance of iron in food, challenges and perspectives.

Dr. Mambo,  Regional  Delegate of the  Ministry of Public Health for Littoral; Lafortune Makota, Regional Delegate for Women Empowerment and the  Family for Littoral;  Prof.  Rosalie Ngono, Head of the Department of Biochemistry at the Faculty of Sciences of the University of  Douala, health professionals, consumer associations and the media were attended the event. They fielded questions from the media and other participants regarding balance and rich diets in the family.

“The campaign we are launching today inaugurates a  series of activities that Nestlé  Cameroun will carry out in collaboration with all stakeholders in nutrition, to help families in Cameroon consume iron-rich foods. Through its MAGGI seasoning, NIDO milk, CERELAC infant cereal, all enriched with Iron, Nestlé is making its contribution to improving the quality of life for all,” said Robert Helou, Nestlé Cameroun’s Managing Director.

Echoing Nestlé’s purpose:  to unlock the power of food, to improve the quality of life for everyone, today and for generations to come, Nestlé is positioning itself as a major player in promoting healthy, affordable, accessible and sustainable food in Cameroon.

Issues At Stake: The Police As Agents Of Barbaric Repression