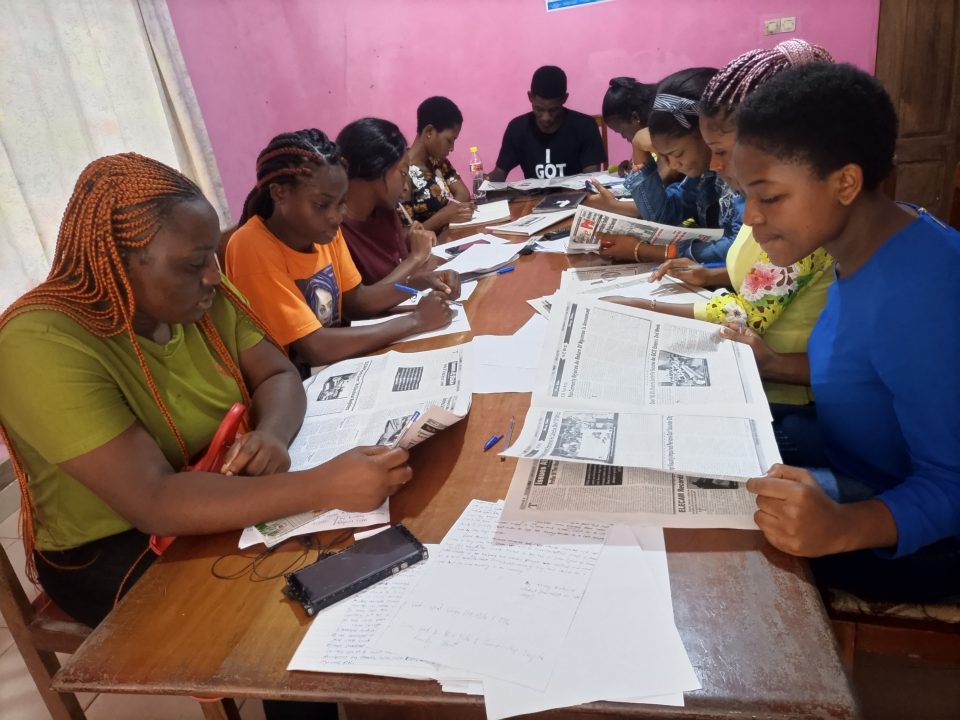 Some 11 students selected for July internship at The Post Head Office, HO, in Buea have been urged to be diligent and multitasked in executing their assignments.

They were called on Friday, July 1, at The Post Head Office in Buea by its Desk Editor, Andrew Nsoseka. He asked them to feel free in contributing ideas as he drilled them on what they would be expected to do.

Besides, he equally asked them to be punctual and respectful amongst themselves and the staff.

“Behave as if you are employed already; be punctual and respect staff members and share mutual respect among yourselves,” he said.

Since it was the interns’ first day at The Post, the institution’s Editor-in-Chief, Bouddih Adams, schooled them on how they will be writing articles for The Post.

“Being a good journalist requires a lot of skills, passion and focus,” he said while advising them to read newspapers, listen to the radio and watch the news for continuous quality improvement.

To Bouddih, a good journalist “must copy only what is good”.

The interns also received words of encouragement from other staff members – Njodzeka Danhatu and Hope Nda – who gave a clue of what is expected of them as student journalists.

After listening to the various talks from The Post workers, the interns expressed their determination to learn and blend theory with practice during this internship period.

Arrey Bate Egbe is the lone male intern and doubles as the interns’ leader. He promised to work with his fellow interns as a team, creating mutual understanding between interns and staff.

Anduso Brightly Amah, also one of the interns, said that she expects to gain skills to write a good news script and also know what news is worthy. According to Brightly, she can only learn all these by doing her internship at The Post.

Out of the 37 who applied for internship at The Post Head Office, 11 were selected for the July session and 10 for the August session with two on the waiting list.