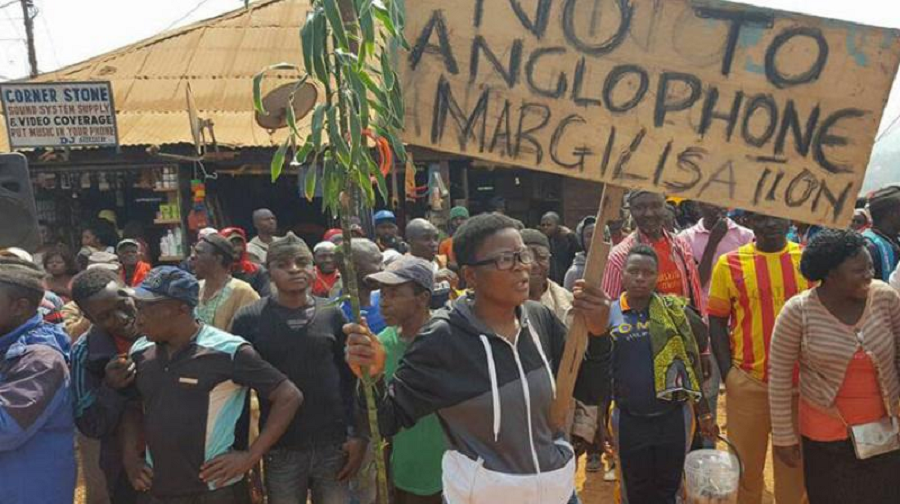 The union entered into by the Southern Cameroons and La Republique du Cameroon in 1961 is at crossroads. In their vision of having a new nation by joining their brothers on the other side of the Mungo, everything seemed cool, cosy and rosy to Southern Cameroonians. To them, the two states coming together as federated states, “equal in status”, to form the Federal Republic of Cameroon, was ideal. This was expressed in the slogan, when the leaders of the two states met in Foumban; “How Nice Is It For Us To Meet Our Brothers Again.”

They were wrong, or proven wrong as the years rolled by after, up to this moment of an armed conflict that has been raging for four years and the only one that can stop it has refused to.

When Major National Dialogue, MND, was called for by President Biya, Anglophones saw it as a singular opportunity for Cameroon to make or mar its future.

They thought that by President Biya giving it the title “national” dialogue on the Anglophone Problem, it was to give it a national status and importance. We were to later realise that it was meant to deride them the more.

The outcome of the dialogue was, yet, derision and a cosmetic approach to what President Biya himself recognised as a “genuine problem”. Just like he did by creating the National Bilingualism and Multiculturalism Commission, the Disarmament, Demobilisation and Rehabilitation Centres, the MND came out with a Special Status for the Regions which Anglophones have dismissed as bogus, far and away from a solution to the Anglophone Problem, otherwise known as the Anglophone Question. He also created the Reconstruction and Rehabilitation Commission, which Anglophones have, yet, jettisoned retorting that how can such be possible when the guns are still talking.

After the Foumban Talks, where the federal matrimony (for lack of better nomenclature) was established, and the two states came together as one, the union started getting sour barely three years after. In 1964, Dr. Bernard Fonlon, one of the architects of Cameroon Bilingualism, smelt a rat and wrote a secret memo to President Ahidjo, registering the misgivings of the union.

Foumban had presented a good opportunity to craft a statehood in which all citizens in the thereafter republic would live and contribute to nation-building, with a sense of belonging and equal opportunities.

But throughout, and to date, 60 years after and counting, the population of the Southern Cameroons/Anglophones have been short-changed, marginalised, reduced to second class citizens and almost completely assimilated.

Southern Cameroons came into the union with the understanding that, as Cameroonians, they would run their affairs and govern their citizens, not to be ruled by surrogates tied to the apron strings of France. They did not leave a colonial master only to be taken under the authority of another.

They, however, never failed to demonstrate their grievances, along the way. And each time they raised their grievances, they were met with derogatory and hate phrases in French like: ‘Les Biafrians, Les ennemies dans la maison’, traitres’, ‘S’ils ne veulent pas, qu’ils aillent vivre ailleurs’ …..

West Cameroonians were vexed by the abolition, in 1966, of multiparty culture of fair political competition, democracy and smooth transition of power to the winner of elections, when all political parties were lumped together under one Cameroon National Union, CNU.

The masquerade of a referendum in the 1972, which obliterated the federal structure that had lured Southern Cameroonians who had practised and enjoyed self-rule under British colonial administration and under the federal arrangement as West Cameroon, and the establishment of a Unitary State, irked them.

The unilateral decision of President Biya to change the name of the country in 1984, wiping out the United Republic and reverting to the name French Cameroun had before Unification– La Republique du Cameroun – angered them.

They had a viable and vibrant transport sector in the Cameroon Air Transport, CAT, with very busy Tiko and Bali Airports; and the Deep Sea Port in Tiko that harboured some very big ships.

Things came to a head and Anglophones could no longer take it when, after the forceful launching in 1990 of the Social Democratic Front, SDF, led by an Anglophone, who, under the ‘Union for Change’ with some Francophone-led parties, won the 1992 Presidential election, but it was said an Anglophone can never be allowed to be President of Cameroon.

Anglophone resistance then started with the formation of groups like the Free West Cameroon Movement, FWCM; Cameroon Anglophone Movement, CAM; West Cameroon Restoration Movement, WCRM, among others, to articulate their grievances, frustrations and seek the way forward. However, all their various memos to President Biya were virtually either snubbed or spited. All their cries met a deaf ear!

The anger simmered on and engendered the All Anglophone Conference, AACI, in 1993 in Buea, convened by Barrister Ekontang Elad, Dr. Simon Munzu and Dr. Carlson Anyangwe. The conference [latter dubbed AACI], came out with the Buea Declaration which was sent to President Biya’s Government.

When no reply was forthcoming, the convenors, Elad, Munzu, Anyangwe, EMA, as they were referred to, convened AACII in Bamenda in 1994, which came out with the Bamenda Proclamation. The AACII resolutions gave the Biya regime a reasonable time, within which, if it did not react, the Standing Committee of the AAC would transform itself into the Southern Cameroons National Council, SCNC, and thus the Government of Southern Cameroons.

When the attempts at assimilating Anglophones went as far as infringing on the last vestiges of their cherished Anlgo-Saxon educational and legal systems; Anglophone Teachers and Common Law Lawyers filed memo’s which the Government, yet, ignored, compelling them to call for strike actions that the Government rolled out all its military might to crush. That gave rise to civil disobedience and the call for separation, then, President Biya’s declaration of war at the Nsimalen Airport upon return from a CEMAC meeting in 2017, engendered the war that is raging on in Southern Cameroons/Anglophone Regions today.

Apparently, when President Biya declared war against what would become known as Separatists, he imagined that the entire military which he unleashed would crush the untrained fighters in a matter of two to three weeks. Yet, the war has raged on for four years and still counting. Calls have come from within and from without, calling for a ceasefire and dialogue. But even American under Secretary for African Affairs, Tibor Nagy, has repeatedly called for ceasefire and dialogue, stating that the military option cannot seek a solution to a political problem, but the almighty seems to stick to their guns.

The Government’s mishandling of the crisis has turned many things around. At the beginning of the conflict, it was the military that was “neutralising” the Separatist fighters and taking their arms (dane guns with ‘odeshi’, spears, bows and arrows, machetes, …), now, it is the Amba fighters that are “neutralising” the defence and security forces and harvesting their arms (sophisticated weapons) which are added to the ones the Amba fighters have acquired from God-knows-where.

General No Pity can be said to be a product of then Buea Mayor, Patrick Esunge Ekema’s ban of motorbikes in town.

Mayor Ekema banned the use of motorbikes in the Buea municipality, causing the youths who found employment in the sector to be jobless or to look for other occupations.

Ekema’s predecessor, Mbella Moki, had banned bikes from circulating in the city centre, restricting them to the peripheries where taxis could not access, like the hinterlands of Sand Pit, Bakweri Town, Soppo (Wonya-Emongo) New Layout, Checkpoint, Ndongo, Bwitingi, Muea, Mile 16 Bolifamaba, among others.

Inhabitants of these remote areas, who found it difficult to carry even their market bags to their homes in the interiors, begged Mayor Ekema to only proscribe the bikes from getting onto the main streets where taxis were available, and to allow the bikes ply these interiors, but Mayor Ekema said No!

He totally banned more than a thousand bikes in the municipality rendering the riders jobless. Some relocated to other towns; others found different jobs to continue to take care of their dependents.

General No Pity is said to have been one of the bike riders frustrated by the municipal injunction. Apparently, the “devil” found work for his lazy hands, following  the ban of bendskin in Buea and, today, he is the nightmare of the Government, in the conflict between the security and defence forces, SDFs, and the non-state armed groups, NSAGs.

Anglophone Crisis: Families Caught Between Burying Loved Ones At Home