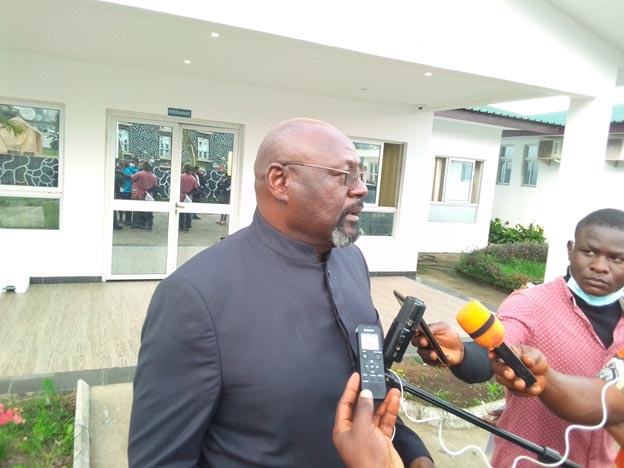 The Southwest Development Authority, SOWEDA, on Thursday, May 6, revealed that it realised an execution rate of 86.11 percent of the 2020 budget.

These statistics were presented during the 44th ordinary session of the Board of Directors of SOWEDA that held in Buea.

During the session, discussions were centred on the examination of the 2020 financial statement, the appointment of some staff members and the examination of ways and means of sourcing for external funding as a supplement to Government subvention.

The Board Chairman of SOWEDA, Herbert Apande Ediage, while talking to reporters, said the essence of sourcing for external funding is because of the Anglophone Crisis and the COVID-19 pandemic which has affected the Government’s coffers, thereby reducing the subvention from the Government.

After deliberations that took almost an entire day, the Board adopted the 2020 financial statement and congratulated management for the quality of the documents presented and the high rate of budgetary execution despite the prevailing insecurity in the Region.

The Board Chairman, congratulating management, said there are some areas in the Region to which SOWEDA cannot send its equipment to carry out development work. Even with that, he was happy that the management was able to record a high budget execution rate.

He added that, with the reduction in Government subvention, SOWEDA is adopting another strategy in which it will be looking for 3rd party partners like NGOs and Embassies to help foster development.

“Take, for instance, if SOWEDA wants to construct a borehole in any village and does not have money, we can meet an NGO that is out to make boreholes and then call them to come to construct it. Those are the kind of things we want to be doing,” he said.

He stated that management has equally carried out some activities in the domain of seed production ranging from maize, cassava, plantain suckers to yams.

“Another area that management has struggled on is the opening of roads in local areas. For the past four years, many people have not had access to their places. So, we have managed and worked on some of these places, for instance Kupe Muanenguba, we have opened roads between Tombel and Bangem; also in Nguti, places where there were no roads, we have constructed some,” he said.

Challenges Of Road Construction In Cameroon