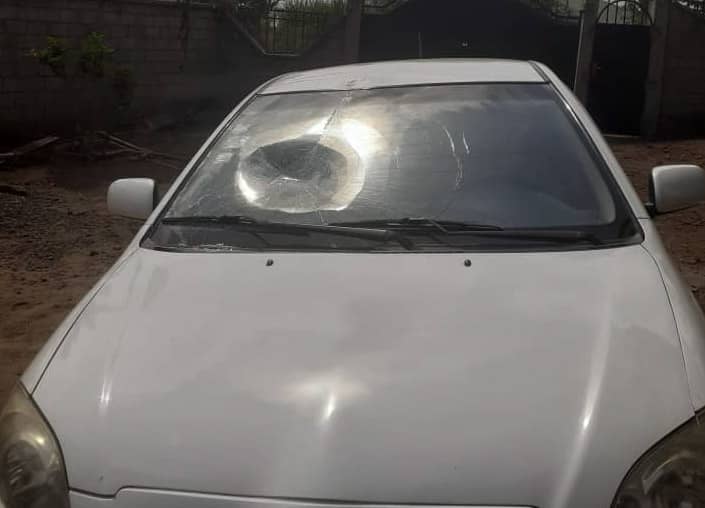 A separatist fighters’ mission to capture an accused in Buea has left the community grieving as the futile mission ended in the death of the suspects’ neighbour who died from gunshot wounds, as a result of the attack.

The July 19 incident, The Post learnt, was the second in a target mission by the suspected fighters in an attempt to capture a certain Brandon Nyambi, who we learnt is on the run, hunted by separatist fighters and state security personnel, who all accused him of working with the other side.

From the scene of the act, at the Bwitingi neighbourhood in Buea, The Post gathered from persons familiar with the incident, that the said Brandon Nyambi, who was living in Mamfe, in Cameroon’s Southwest region, is accused by the fighters, of betraying their colleagues, by handing them over to soldiers operating in the town of Mamfe. Contrary to the separatists’ side of the story, we also learnt that Brandon Nyambi is also hunted by state security forces who have carried out impromptu searches of Nyambi’s compound in search of Brandon.

Sources close to Nyambi’s family in Buea, where the fighters attacked, told The Post that Brandon was reportedly housing the said fighters who were arrested alongside him, from Mamfe, where they were later held in detention. The fighters, going by sources claim that their friends captured alongside Brandon were executed. They termed Brandon as a ‘blackleg’, accusing him of masterminding the capture of their friends.

When we approached the family, we were told to come later, when the family is in the right frame of mind to talk to anyone. However, a neighbour familiar with the case, but who did not want to be named for his own safety said, the fighters believed that Brandon Nyambi was taking refuge in Buea, after the incident in Mamfe. “The other time when the Amba boys came, they said they had learnt that Brandon was hiding here in Buea. But that is not the case, not to the best of my knowledge. I have not seen Brandon for a while. In Mamfe where Brandon was arrested, he escaped from detention, even police officers have been to their house here many times. They always ask even us, whether we have seen Brandon around.”

On what happened during the attack that rather left a neighbour of the Nyambis dead, our source recounted that gunmen surfaced at the residence in the early hours of July 19. The source said the fighters invaded in their numbers, demanding that Brandon should be let out of the house. “We want na Brandon, move yi for outside and all thing go be fine, else we no go be responsible for next thing” the fighters are quoted to have said in pidgin English. (We came here for Brandon, send him out and everything will be fine, else we will not be responsible for what happens next) – Our translation.

The Source narrated that when the fighters got no response, they started banging doors and hitting cars in rage, and later opened fire, shooting randomly. It was during the shootings, our source narrated, that a neighbour to the Nyambi’s house, who was reportedly out of the house got shot. Neighbours claimed that the boy was mistaken for Brandon, as he sensed danger and tried to run away from it. We learnt that security officers only came to the scene hours later after the incident had happened.

Several mourners at the scene said the invasion of the house was the second in two weeks, by the suspected fighters who believe that their target, Brandon Nyambi is hiding, after running away from Mamfe, where he allegedly betrayed their comrades. The Post gathered that the accused, hunted by both security and separatist fighters, was a food vendor in Mamfe, before the alleged incident happened.

Such attacks have increasingly become a norm in Buea, a town that has relatively been less affected compared to the situation of others since the Anglophone crisis morphed into full-blown warfare.

Security command in Buea, when approached by The Post, refused to comment, saying that they had not been authorised to do so, by the Central Command in Yaounde.

B’da Women Unhappy As Governor Ignores Military Atrocities On Them