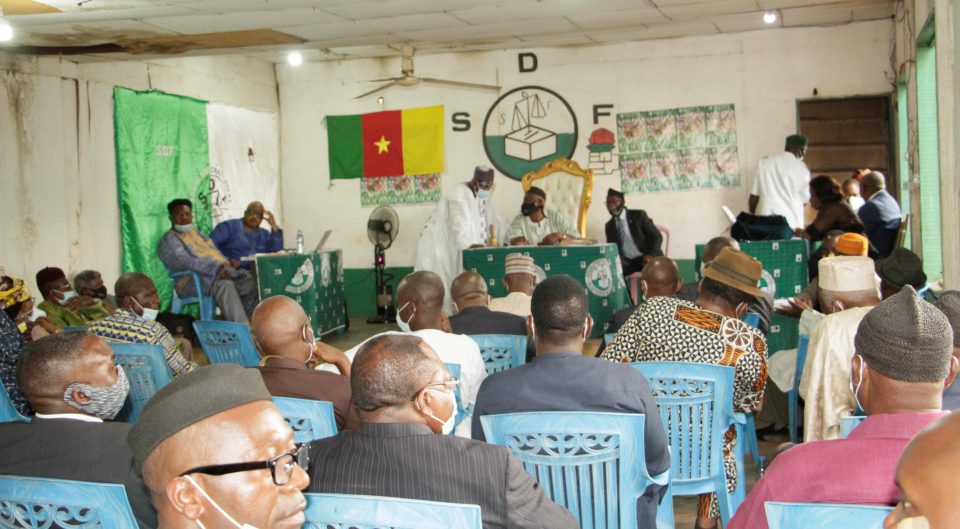 The Social Democratic Front, SDF party, says that it has taken note of the application of Article 8.2 of the party’s constitution on Hon. Joshua Osih by the Littoral Regional Executive and has declared the case admissible.

The SDF made the statement in a final communique signed by the National Chairman, Ni John Fru Ndi, on May 8, after its National Executive Committee, NEC meeting.

“The SDF Party takes note of the application of Article 8.2 of the party’s constitution on Hon. Joshua Osih by the Littoral Regional Executive and states that the case is admissible. Therefore, hands the case to the legal department of the party to study in accordance with the party’s legal provisions and report in three weeks from the date of the NEC meeting for appropriate actions. The same is applicable to other disciplinary files from Littoral and from Mr Kamawe in Germany,” one of the resolutions read.

The communique further calls on the Regional Chairman of the Littoral to desist from trying to execute the provisions of Article 8.2 when the case has been presented to NEC for action.

The party also calls on all members of the party to strictly respect the party’s communique put out by the Secretary General in respect of carrying internal party debates to the media.

The party took note of the petition tabled by some Electoral District Chairperson against the Regional Chairperson of the Centre Region. The legal department of the party has also been asked to examine the merits of the petition and report to the net NEC.

The party also instructed the First Vice Chairman, Joshua Osih, to prepare the report of the last Presidential, Parliamentary and Municipal Elections that were managed under his supervision, in written form, and forward to the Secretary General and the relevant committees for appraisal and discussion in the next NEC meeting.

The party also appointed George Lekiye as the Southwest Regional Coordinator and Hon. Chief Paul Nji Tumassang and Yvonne Muma in a delegation to be led by the National Organising Secretary to the Region.

The party instructed auditors of the party to carry out an extensive audit of the party’s finances. The NEC adopted the report of the Truth and Reconciliation Committee for the additional work done in the light of the duties assigned to it and instructed that a full discussion and resolution of the issues raised in the report should be done subsequently.

While considering the resurgence of the COVID-19 pandemic, the SDF party calls on the Government to carry out an extensive audit on the use of funds destined for the fight against the pandemic. The party urged the Government to communicate appropriately in order to clear controversies surrounding the different COVID-19 vaccines.

The party also considered the precarious socio-political situation in the country as well as acknowledged the passing away of some prominent personalities in the country. While extending the heartfelt condolences to the bereaved families affected recently, the party also condoled with the people of the Kingdom of Great Britain and Northern Ireland.