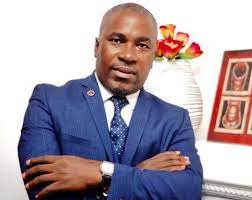 The Chairman of the Social Democratic Front, SDF, has carried out groundbreaking reforms in key organs of the party as they work towards reorganising basic organs ahead of the 2023 Convention.

Ni John Fru Ndi announced the changes in the course of a press conference organised at his Nkolfoulou residence on the outskirts of Yaounde on June 16, 2022. The key organs of the party touched by this cabinet shake-up are the National Executive Committee (NEC), the Shadow Cabinet and the General Secretariat.

Prominent among these changes is the appointment of Barrister Agbor Nkongho Felix into the Justice Department of the Party’s Shadow Cabinet. The human rights lawyer and founder of the Centre for Human Rights and Democracy in Africa had, until this appointment, showed no proof of any political affiliation.

His appointment into the Standing Committee of the SDF has left many tongues wagging about a secret plan of the SDF to join the CPDM government in case there is cabinet shake-up in the country.

In as much as the party Chairman, John Fru Ndi, admits that this major shake-up is in preparation for political transition in the days ahead, no mention was made about plans to join the government.

“As we move towards major political changes, including but not limited to the obvious need for political transition in our country, our party is engaged in a national reorganisation exercise of its structures that will culminate in a convention to be held in 2023 when scheduled by the National Executive Committee,” he explained.

The Chairman revealed that some party officials in the regions have been trying to frustrate the reorganisation momentum but warned that “any party member found guilty of stalling this exercise will be severely sanctioned” as the life of the party is at stake.

“The days ahead are full of uncertainties and challenges and require the full commitment of all members of our great party to embrace these readjustments as one more step towards providing positive change for the Cameroon people,” he added.

Conspicuously absent in the new dispensation of the party are Hon. Cyprian Awadu Mbaya, Senator Emilia Nkeze, Hon. Jean Michel Nintcheu and Prof. Kofele Kale, considered to be hardliners which the Chairman has carefully shoved aside to clear the path for his protégé, Joshua Osih, ahead of the 2023 Convention.

Another major change in the party is the appointment of Barrister Djomgang Adeline Lord as the new Secretary-General of the SDF in replacement of Senator Jean Tsomelou, who has now been co-opted into the Agriculture and Rural Development Department of the Shadow Cabinet.

Reacting to the press immediately after her appointment, the new Secretary-General thanked the Chairman and the former Secretary General of the party with whom she previously worked as fourth deputy Secretary-General. She added that what the SDF needs at this crucial moment is not a party where people fight each other, but a party that is strong and working to build Cameroon through the party.

It is an open secret that the SDF party has been weakened over the years by internal wrangling and the security situation rocking its bastion, the Northwest and Southwest regions, which has made it impossible for the party to organise any activity to galvanise and remobilise the grassroots structures.

The recent cabinet shake-up and the ongoing reorganisation process are therefore meant to inject new blood into the party and to reignite the flames that have been dimmed by these sad happenings.

During the press conference last Thursday, John Fru Ndi reiterated that he will be handing over power, at the 2023 Convention, so that younger people can take over and continue with the work he started 32 years ago. He had earlier announced during a similar event on February 11, that he will not stand for re-election as party Chairman in the 2023 Convention due to age and health reasons.

While casting his hopes on the renewed organs of the party and the ongoing reorganisation process to bring back the lost glory of the party, the SDF Strongman called on Cameroonians of all walks of life to take advantage of the current renewable of grassroots structures to join the ranks of the party and position themselves to work for change within the party and the country as a whole.

Conscious of the fact that no political change can be achieved in a country with citizens reputed for voting apathy, John Fru Ndi, encouraged all Cameroonians of voting age to massively register on the electoral roll before the exercise wraps up on August the 31st.