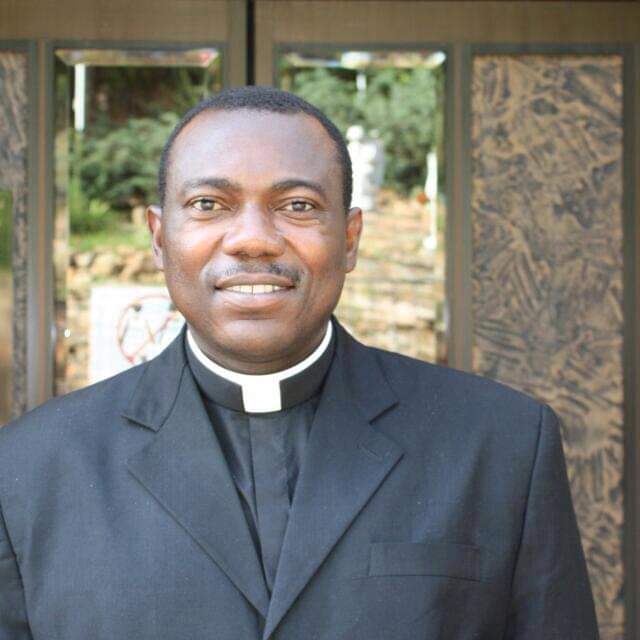 He was appointed by the head of the Roman Catholic Church, Pope Francis, on Tuesday, February 22.

The appointment conferring Rev. Aloysius as Bishop was related to him by clergies headed by the Arch Bishop of Bamenda, His Grace Andrew Nkea.

This was during a meeting held at the St. Joseph Cathedral Mamfe on Tuesday, February 22.

The appointment of Aloysius has relinquished Andrew Nkea as the Apostolic Administrator of the Diocese, though he is the Archbishop of the Bamenda Catholic Diocese.

The new bishop of the Mamfe is coming one year after Andrew Nkea was promoted and transferred to Bamenda as Archbishop.

Bishop Aloysius is coming at a time when the Mamfe is still witnessing security challenges due to the crisi in the Northwest and Southwest Regions of Cameroon.

Some months back, the Vicar General of the Diocese was kidnapped by unidentified armed men and was only released afterwards.

Also, Queen of the Holy Rosary College, Okoyong, Mamfe, was burned down by alleged separatist fighters barely two weeks before the Bishop’s appointment.

Rev Aloysius  Fondong was born on  June 5, 1973, in Limbe, which is under the Diocese of Buea.

He studied philosophy and theology at St. Thomas Aquinas Interdiocesan Major  Seminary in Bambui, in Bamenda. As a student, he also served as a minister in the St. Peter and Paul Parish in Simbock.

He also holds a  Licentiate in Canon Law from the  Universite Catholique D’Afrique Centrale  UCAC 2011/2014. Since 2019, he has been in Italy for a Doctorate in Canon Law at the pontification  Urbanian University.