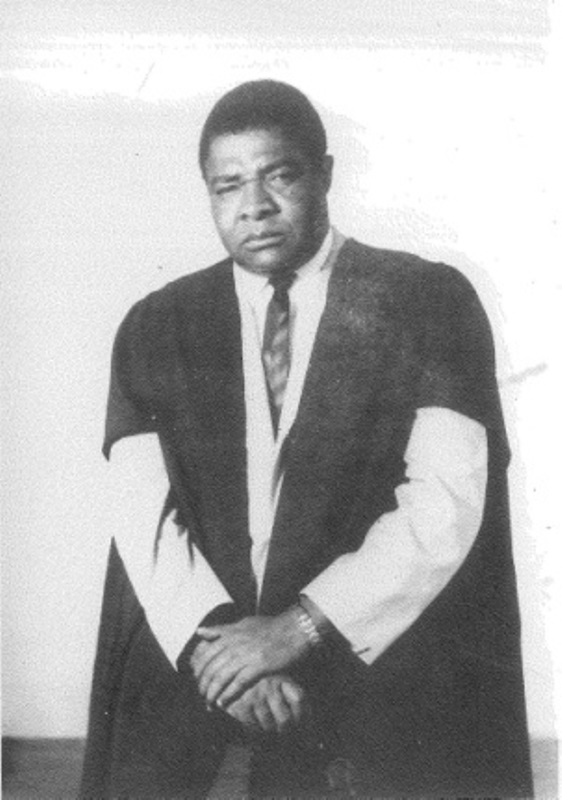 In a village community when a death occurs, no one can shelter from the pain, and so when the news became public, that on Tuesday August 26th 1986, while on a visit to Canada, Prof. Fonlon had returned to his ancestors, those of us who knew him were devastated.

My initial reaction was to dismiss the whole thing as a rumour, or a bad dream, that would disappear at dawn. On the 26th of August this year 2022, it would be 36 years since Prof. Fonlon left us, but the memories of him are still very fresh in my mind. This write up is intended to remind us, about what Henry Adams once said; and I quote, “that fine teachers attain a kind of immortality because it is impossible to know when, or if their influence stops”. Prof. Fonlon has attained that immortality in his words and actions.

Prof. Fonlon was a fine teacher, and we recall, that it was he who supervised the first ever Ph.D thesis in literature from the University of Yaounde. It was awarded to Tala Kashim Ibrahim in 1980. It is a curious coincidence to remind ourselves, that Prof. Fonlon was the Second Cameroonian to receive a Ph.D in 1960 from the National University of Ireland.

In the triangular relationship of birth, life and death, we celebrate the birth of a child, even though; we do not know where he/she has come from. The truth is that, no child can choose his/her parents or the place of birth, yet some among us are apt to discriminate against their neighbours on the grounds of their place of birth, or the origin of their parents. Those who indulge in such unhealthy practices should be reminded, that they are questioning God.

Such behaviour or trend of thought was anathema to Prof. Fonlon. His general philosophy for the advancement of Education was based on meritocracy. His hand of love and friendship was constantly extended to all next to him, because, in each of them, he saw a neighbour, and a child of God.

Sometimes words fail us, and a thank you becomes inadequate to express our depth of emotion and gratitude. Prof. Bernard Fonlon, of blessed memory, rescued me from the jaws of academic uncertainly in 1964.

Out of the blues, I received a telegraph in the Enugu Campus of the University of Nigeria Nsukka where I was a freshman in the faculty of Civil Engineering from Victoria, sent by my cousin Martin Defang inviting me to urgently return to Cameroon. He had seen my name on the list of students awarded scholarships to go and study in the Soviet Union.

As assistant Foreign Affairs Minister, Prof. Fonlon had strenuously worked towards, and achieved the establishment of Diplomatic relations with the Soviet Union, who promptly offered a number of scholarships to Cameroonian students to study there.

By selecting my name from a list of meritorious students who had qualified to study Science or Engineering, but had no source of finances, I was able to withdraw from the faculty of civil Engineering University of Nigeria Nsukka, fly back home (I was there on my own financing), but had no knowledge about how, or where my next term’s fees would come from.

Upon arrival in Yaounde, Prof. Fonlon hosted me in a hotel and footed the bills. Before I left Yaounde on the second Sunday of October 1964, the Professor- Philosopher, summed up his advice to me in one sentence. “I am sending you abroad as a student Ambassador of our country, to study and come back here as an agent of Development, do not allow yourself to be distracted by pretty girls.”

While in the University he never abandoned me, but made it a point of duty to write encouraging letters to me, to study hard. I was lucky to meet him after my graduation in 1970. Our reunion was memorable and that encounter shall remain ingrained in my heart forever. I also informed him that, his request to me has been fulfilled as far as participating in our development is concern.

Since the Yaounde Central Hospital was almost a monopoly of certain foreign Doctors, who administered and directed it, the transformation raised a lot of political dust. Prof. Fonlon stood firm, but discovered that the Administration had not totally endorsed his action.

Unfortunately, Prof. Fonlon, a man of deep seated religious training and convictions, decided to resign from Government, rather than live with a stained conscience. He set another record by becoming the first Minister to resign from the Government.

Dr. Fonlon was also the Minister of Transport and Communications. As a man of vision, he created Cameroon Airlines, Camair, and Cameroon Shipping Lines, Camship. These two transport companies facilitated the take-off of the Cameroon economy and employed hundreds of people. The Building of the Ministry of Posts & Telecommunications which he commissioned in down town Yaounde stands out, and is unique in its architectural design.

It is a befitting tribute to quote these three sayings from him, so that posterity will continue in his footsteps. He advised, that we should, “not merely recount what has been but to share in moulding what should be”. This was the motto of ABBIA, the Cameroon cultural review journal he founded in 1963. It is historically sound and profoundly anchored in deep philosophical logic. All of us have a duty to be involved selflessly in the development of our communities witness being the Nso water supply project, which he conceived and caused to be realised.

He once quipped to the political class by stating, and I quote, “but as the intelligentsia whose role is of the first in importance in this enterprise, possess but skill without authority, they will not be able to give their best, if the politicians persist in their failure to acknowledge the elementary principle that political authority, by itself alone cannot be equated with technical knowhow”.

Examples of marrying the technical knowhow of Engineers and the political will to develop from politicians are legend. The Indian miracle of outsourcing was made possible because the Indian Government summoned her Engineers and gave them the green light to modernise the telecommunication sector (and financed it).Today, India has become the first nation in outsourcing, employing millions  of people around  the globe.

In concluding, we must emphasise that, the life of Prof. Fonlon was a rare blessing to humanity. His selfless engagement in Nation-building has remained unmatched. In 1963 at the launching of ABBIA, he wrote; “In creating and developing culture, therefore, the essential operation is that which is carried on within, if cultures die in man, if thought and skill and feeling and belief are not transmitted by one generation to the other, the concrete counterparts of civilisation would disappear forever from the face of the earth.”

It is a great pity we failed to listen to him, but God made it possible, that his writings are still with us. Let us honour his memory by resolving to return and implement the golden advice he left with us, just by being our neighbours´ keeper.

May his selfless services to bring humanity together be remembered and rewarded. Although not ordained a priest, he lived a life of devotion to God.

After Suspending Operations In SW: Doctors Without Borders On Gov’t’s Neck Over Detention Of 4 Workers