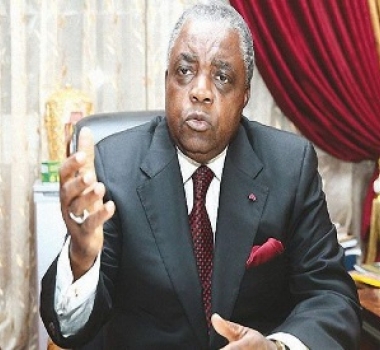 Cameroon’s Communication Minister, Rene Emmanuel Sadi, has called on journalists to be responsible and rehabilitate their profession via self-regulatory mechanisms.

This, according to the Minister, is to ensure credibility which, in turn, leads to precedence over regulation and recourse to legal action.

He made the statement, May 3, during the commemoration of the 2021 World Press Freedom Day under the theme: “Information as a Public Good”.

“I would also like to emphasise the need for you to take responsibility for yourself; first and foremost, to rehabilitate your profession through self-regulation mechanisms which, once they are reliable and credible, will necessarily take precedence over-regulation and recourse to legal action,” he urged.

In a bid not to distinct the national cohesion by conveying unverified information, Sadi maintained that “it is therefore urgent for the Press and media professionals to retake ownership of the basic rules that govern their profession; to abide by the fundamental values of our democratic model; to keep in mind the necessary respect for legislation and to reinforce our culture of citizenship.”

Reiterating that Cameroon today is a democratic nation where freedom of the press is exercised, the Government spokesperson also stated that, putting the preservation of the higher interest of the nation above all is not at odds with the freedom and independence of journalists. Thus, such a choice, according to him, is proof of citizenship and should represent the bedrock of journalists’ professional practice.

As a result of the democratic atmosphere, Cameroon comprises more than 600 newspapers, nearly a hundred radio broadcasting stations, about thirty television broadcasting channels and an impressive number of online media.

“At the editorial level, there is marked freedom of tone, with no restrictions other than that prescribed by the rules of ethics and professional conduct or by the law. There is therefore no doubt about that: all the media actors worthy of the name operating in Cameroon do so in total freedom and independence. They are all judged only by the rules of ethics and professional conduct and the protection of the rights of others and those of the community as in any democratic and organised society,” he professed.

He further admitted that the Cameroonian press operates in a very difficult environment especially in terms of the economic viability of its companies and human resources. “The government is fully aware of this situation. In the sub-sector of the Print Press, these difficulties are mainly related to the material production that increases the cost of production, and the weakness, or even non-existence of distribution channels, which limits the presence of newspapers on the market.”

To him, the theme for this year’s celebration, as guarantor of all public good, highlights the fact that information is a valuable commodity that must be defended by all.  So, as a public good, information is thus the source that enables citizens to be informed about the major issues of public life and must guarantee the safety of all.

It should be noted that this year’s celebration coincides with the 30th anniversary of the Windhoek Declaration of May 3, 1991, during which UNESCO, together with the States of the world, laid the foundations of what has become one of the pillars of modern democracy: the emergence of a free, independent and pluralist press.

How My Friends Made Me Lose My Mumu Lover