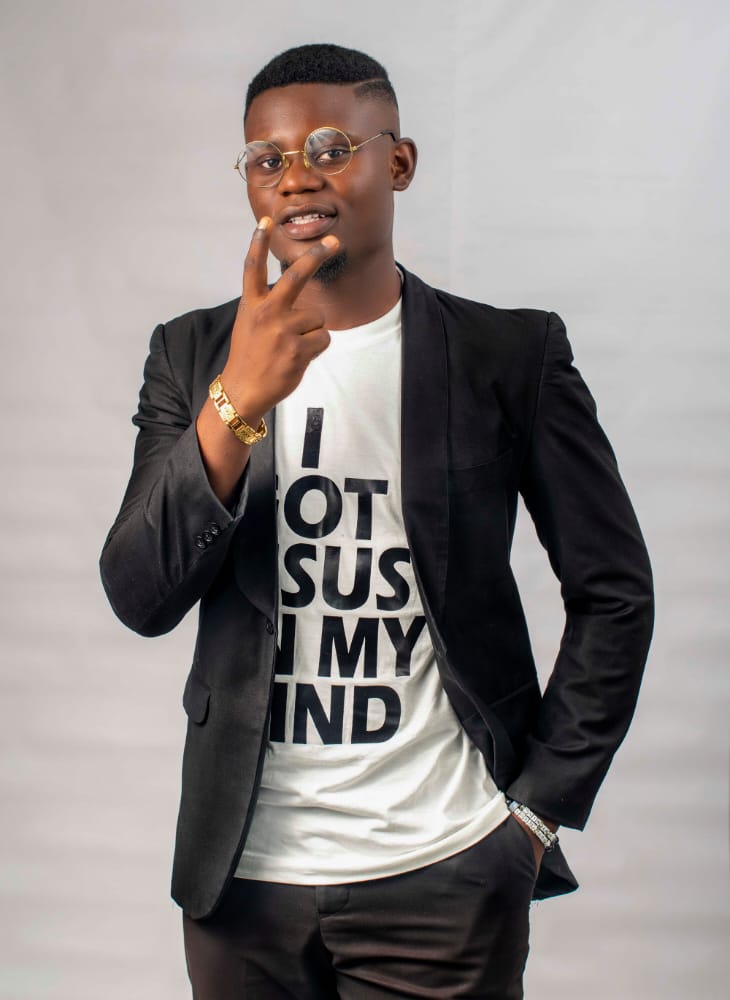 Chefore Samson Ateke never envisaged in his life that one day he would use music as a catalyst to champion the glad tidings from Jesus Christ.

Popularly known by his stage name Che4 dhe Baptist, his love and passion for music developed at a tender age when he used to sing on the street and in school. He was a fan of rap music doing covers for people’s songs, until Christ’s favour located him and he was picked up by a music producer who taught him how to make music.

That alone was a trail-blessing for him as he is now making strides as a gospel artist in Buea and beyond. He is not only a gospel musician but a Video Director, whose love for Gospel music started as far back as May 2015 when he encountered Jesus Christ.

He studied accounting at Government Technical High School Molyko, Buea, and proceeded to the University, but dropped out in 2016, because he wanted to make a career with his passion. He says worked on construction sites for a long time to survive, slept three hours a day and spent the rest of his time developing his music and videography art.

Che4 is known for his famous tag “I Got Jesus On My Mind” printed on t-shirts, bracelets, and stickers and sold all over Cameroon and beyond.

He launched his first music album of 14 songs in January this year where he collaborated with some influential gospel artists in Cameroon such as Evangelist Ben Awabi and Prosper Menko.

He is also the manager of Revival Gospel Radio FM 105.5 and even runs a program titled “Gospel Vibes” every Wednesday and Friday 3:30-4:30 pm, and welcomes gospel artists as a guest.

He has done a concert at Praise Baptist Church, Ndongo, called the “I Got Jesus On My Mind Festival” hash-tagged “JOMFES”, a concert where gospel ministers like Rochie Osvalin, Prosper Menko, Ak Prince, amongst others, performed.

The 25-year-old is an afro-pop artist who hails from Santa in the Northwest Region of Cameroon, from a family of six to Mr and Mrs Mofor Clement but has spent most of his life in the Southwest Region.

He recounts that, throughout his walk with God as an artist, he has been mocked, robbed, neglected and even locked up in jail for days without a fault, yet he didn’t lose focus on building himself and winning souls for Christ.

“Everyone’s story must not be the same as mine,” Che4 told The Post. “I urge my fellow youths out there to cling on to God. He’s the only one that can us in this dark world.”

He plans to expand God’s kingdom and reach more lives through music, his passion, especially the youths who are seen as the most vulnerable nowadays.

French President Says On Crisis In Cameroon: Only Through Politics Of Dialogue, Reinforcement, Reconciliation Can Durable Solutions Be Found

Behind Gates, Another Trail-blazing Cameroonian Movie, Hits The Screens

Arts Group Crusades For Protection Of Rights Defenders In Cameroon