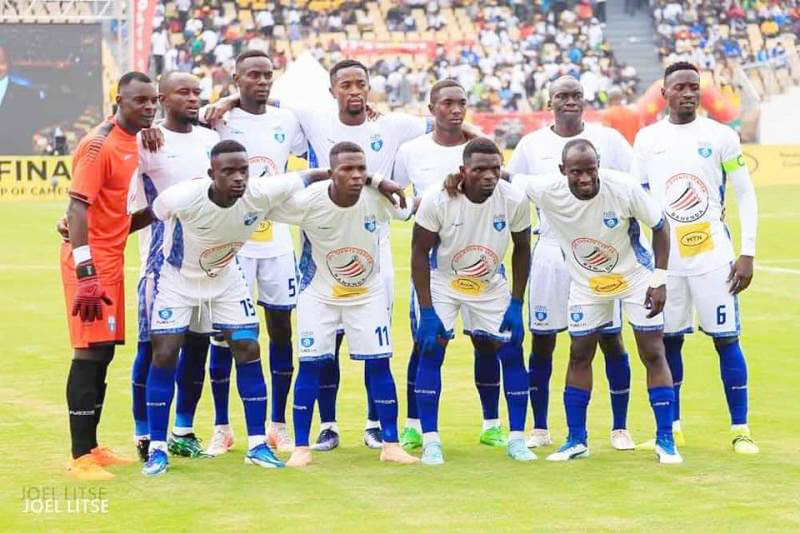 Staged at the Ahmadou Ahidjo Stadium, PWD broke the deadlock at the 15th minute of the first half through Mohamed Muluh. The goal came from a free kick just a few centimetres from the penalty box.

PWD’s goal didn’t put them down, even with the pressure from Astres FC. Down by 1-0 in the first half, the second half was highly dominated by PWD but they failed to increase the score-line. However, Astres came so closed at the 51st minute to balancing the score-line but missed the opportunity.

Multiple opportunities from PWD didn’t produce any fruits but Astres’ opportunity to balance the score-line again was stopped at the 58th minute when goalkeeper Bello Karim of PWD pushed out the ball for a corner kick.

Barely 10 minutes to the end of the match, both sides mounted pressure. However, Astres spearheaded the challenge to secure a goal but their efforts were in vain. At the sound of the final whistle, it was PWD that had earned their first Cameroon Cup trophy.

Shortly after the final whistle, fans of PWD expressed their happiness indicating that their hope and joy is for the victory to contribute to bringing back peace to the Northwest and Southwest Regions.

“I am happy that PWD has won the trophy after 43 years. I am extremely happy and I am praying that this victory should help in bringing the much desired peace that we need in the Northwest and Southwest Region,” George Wiyeh said.

“I am happy because we came here purposely to take the cup back to the Northwest and we have done it. I am happy and we are happy. I cannot express the joy in me because we merited this trophy,” Mildred Nji said.

This is the third time PWD is playing at the Cup of Cameroon finals. In the last two editions (1967 and 1979), PWD lost to Canon FC of Yaounde and Dynamo FC, respectively.

Meanwhile, in their journey to the finals, the 2020 Elite One Champions, PWD of Bamenda, had thrashed Union of Douala 3-0 at the semi-finals while Astres overpowered Coton Sport on a score of 3-2 to seal a date.

The Abakwa Boys is a team with a rich history made in the Northwest, Cameroon, and beyond. PWD is considered as an identity and the pride of the people of the Northwest, because, with PWD, the only tribe, religion, politics and tradition is football.

In the year 2000, Kumbo Strikers became the first Anglophone team across the Mungo to lift the trophy. The team from Kumbo had beaten Unisport of Bafang 1-0 at the Ahamdou Ahidjo Stadium in Yaounde.

SCNC Activist Pop Up On Government Radar After Going Solo