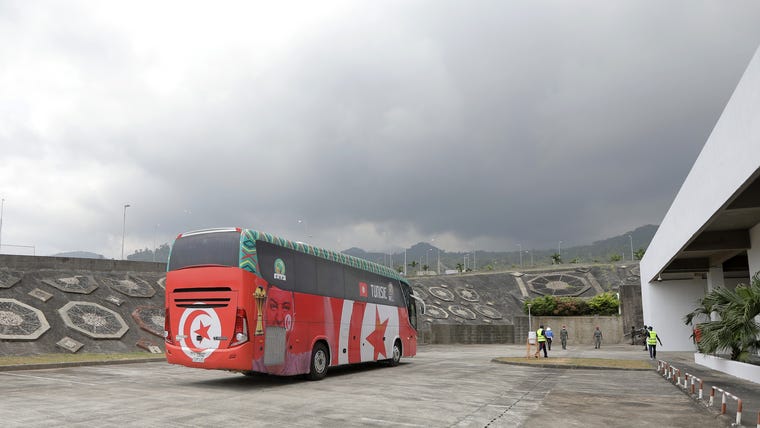 Inhabitants of Buea woke up on Wednesday, January 12, to gunshots that left about four civilians dead and one person injured.

Residents of Muea, Bwitingi and Molyko neighbourhoods complained of “heavy” gunshots from about 7.15am to 8.00am.

It is believed that the gun shots in Muea and Bwitingi neighbourhoods resulted from Military-Separatists confrontations as Separatists had vowed to disrupt the on-going Africa Cup of Nations, AFCON, which Limbe and Buea, in the crisis-hit Southwest Region, are among the host cities.

Limbe, which is just a 45-minute drive (22.9km) away from the regional capital, Buea, was hosting its first matches in Pool F, that Wednesday evening.

Separatist activists and leaders in the diaspora had said they were against the organisation of AFCON in the Southwest Region of the country, which is part of Ambazonia, which they hold is a separate state from the Cameroon republic.

Videos that circulated on media platforms indicated four people were killed in Buea following Wednesday morning gun battle and one other person, a lawyer, was seriously injured.

Among those killed were Wilfred Ngoh (a city taxi driver), and three other civilians whose bodies were found at the Buea Central Market in Bwitingi.

At the time of this report, administrative authorities had not made any open statement on the situation. Scores of taxi drivers descended on the Buea Regional Hospital mortuary by 12.00pm Wednesday, where their colleague was taken to.

Meanwhile, the surgical ward of the hospital was crowded with lawyers and relatives of Barrister Ivo Aloh Njuh, Head of Nunjang Law Chambers in Buea, who was undergoing an operation after sustaining shots in both legs, according to a source.

While AFCON matches are being played in Limbe which is miles away, security had been tightened in Buea and soldiers stationed at every junction and along the streets. Buea is hosting two teams; Gambia and Mali, and contains two training grounds for players, making the town one of the host cities of the competition.

Taxi drivers in Buea rallied at the Buea Regional Hospital mortuary later in the day to mourn Wilfred Ngoh, one of their colleagues killed in the gun battle that morning.

“Willy Bobo,” as the taxi man was commonly known among peers, died of injuries sustained on the left side of his chest. According to Litute Musonge, they rushed to the scene, near the Buea Central Market, when he was already dead.

Eben Chu, Buea Branch Secretary-General of Cameroon National Trade Union of Taxi Drivers, added: “We have been passing through this situation for five years now. We are really in pains.”

The taxi drivers’ syndicate leaders, who spoke to The Post after the incident, said they remain disheartened by the happening, which occured barely two months after another taxi driver died in an attack through an explosive device in Molyko.

“We went to the scene and we realized that two persons were already down, dead. One of them was a taxi driver who we recognised very well, “Willy Bobo”, that’s the nickname and his right name is Ngo Wilfred. So, we went there, took some photos, left the scene,” Musonge told The Post at the hospital mortuary where the late driver’s body is being kept.

He said authorities are aware of the happenings, though no official statement had been released.

“It is a very painful issue that you see somebody today and the next morning you hear he is dead. Yesterday, we had our activities, we saw him, and today, we hear that he is dead,” said Eben Chu.

Stating that they have been caught between the military and separatist fighters, the syndicate leaders decried the rising attacks against taxi drivers in Buea.

Wednesday’s incident occured just two months after two drivers in Buea were targeted in separatist explosive attacks on November 1 and 8, 2021.

They were targeted on Monday, a day separatists in the two English-speaking Regions imposed, since 2017, as ghost town.

The explosive attack on November 8, 2021, killed Baudel-Laire Feugang, the taxi driver, while that on November 1 injured the taxi man.

Drivers in Buea say; “Government has to look for a solution to this problem” as security measures put in place have not guaranteed the security for all citizens.

However, despite the incidents in Buea, Pool F games were played hitch-free in Limbe.