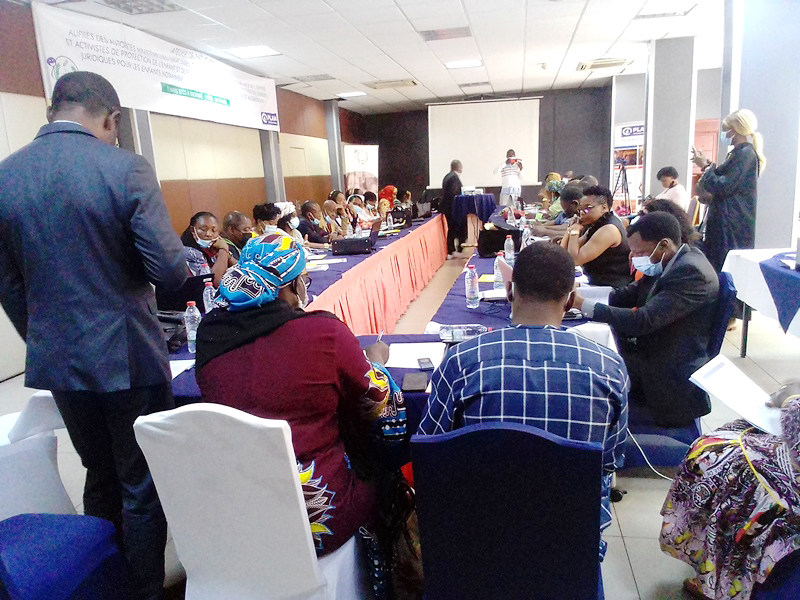 Plan International Cameroon has discussed measures to protect children from violence, most especially the girl child in the society.

The discussion took place during a workshop organised on March 11, in Yaounde, that unfolded on the theme of the 37th edition of the International Women’s Day: “Gender Equality Today for a Sustainable Tomorrow,” aimed at urging local actors in urban and rural zones to promote the security of girl children and women in towns and villages.

Speaking during the workshop, the Interim Country Representative of Plan International Cameroon, Dr. Collins Sayang, said it was very important for Plan International to bring together the participants. He said the participants were from different ministries, religious authorities and representatives from the national security, and were invited, “so that they can improve their knowledge of children’s rights, and especially rights of the girls at this time, in order to implement judiciary clinics.”

“We also want to create cells that will be in the country to support and help vulnerable children and women. This is also to help them improve their care when they face the Ministry of Justice, where to go, how to build their files, to make sure they meet the right services, and that they get the right support from the Government and the entire system,” he added.

According to the Representative of the International Alliance of Women Advocates, Barrister Nicoline Kuhsen: “We get cases of violence every day, and it is getting a little exaggerated. We noticed that family members who are supposed to protect the rights of the child are those perpetrating the acts. It got to our attention that a child of eight months was raped.” As to what concerns the different ways through which rape cases unfold, she said: “We have other cases where parents rape their children and teachers rape their students. Talking about violence, it is so deplorable because we have violence caused by teachers on children, we have violence on children themselves, parents exaggerating the way they treat their children at home.”

It was disclosed during the workshop that some causes of violence at home are sometimes a result of the illiteracy of some parents, lack of tolerance, the culture of violence in the family, among other things.

To better attain their goal and expectations, Dr Sayang stated: “We have organised in two phases to improve their knowledge, sharing a lot of information about children and equality for girls, improving their understanding of gender-based violence. They will also discuss the judiciary system, how we can better support girls and women that are in need and that when they leave here, they will make individual commitments to advance children’s rights and equality for girls in the country”.

It was revealed during the workshop that violence leads to depression, low self-esteem, unwanted pregnancies, suicides, chronic illnesses, among others ills.