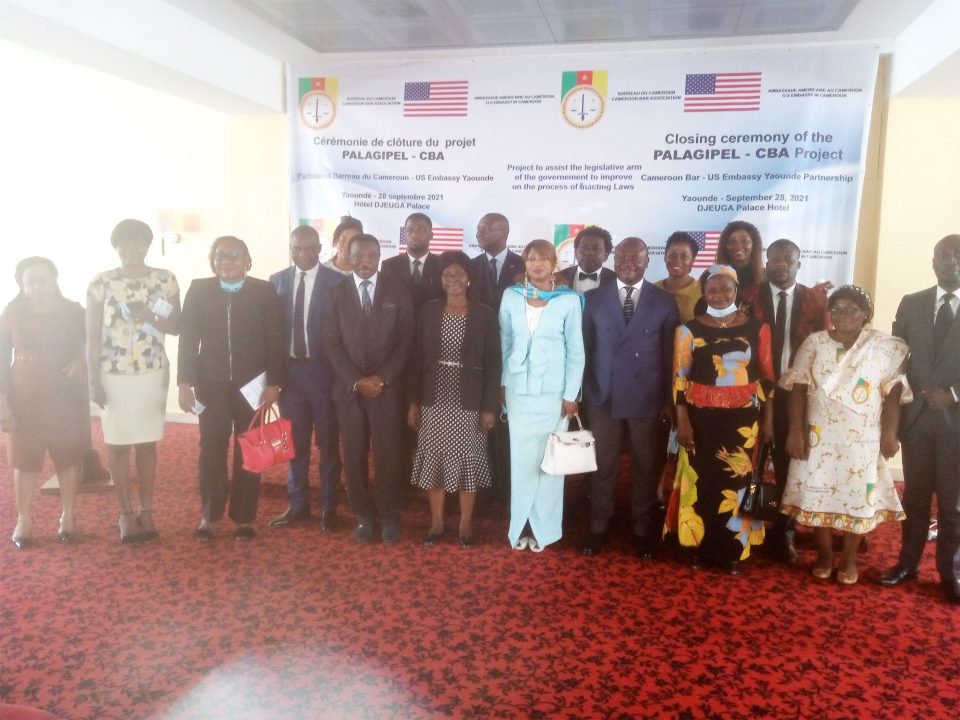 The Human Rights and Liberties Commission, HRLC, of the Cameroon Bar Association, CBA, has identified ‘bad’ texts, conventions, legal and regulatory constraints that warrant urgent modifications, amendments or ratification in order to fit into the country’s legislative and regulatory corpus.

The ‘bad’ texts and international conventions still to be ratified by Cameroon were sorted out in the course of implementation of the US Embassy-sponsored “Project to Assist the Legislative Arm of the Government to Improve on the Process of Enacting Laws, PALAGIPEL.”

In a report closing the project during an official ceremony in Yaounde on September 28, the Project Coordinator and President of the HRLC at the CBA, Barrister Christian Daniel Bissou, hailed the project team, experts and scholars as well as the US Embassy for the multifaceted support.

He said they were out to sustainably improve the process of elaboration and production of legislative and regulatory texts in Cameroon; provide locally elected officials with the tools necessary to understand the process of drafting and appropriation of the rules of law; take into account the bijural and multicultural status of Cameroon in the drafting of texts.

Barrister Bissou talked of teams of experienced lawyers that engaged MPs in the ten regions in the build up to the workshops programmed for them. The project, which took place in three phases, was led by selected scholars and magistrates with one of the phases being the creation of a simplified guide for drafting of laws.

In a strict scrutiny following the adopted guide, 20 members of the project identified the ‘bad’ texts and compiled in a document titled “texts to be modified.”

In civil and administrative matters, the following texts are concerned: the adoption of the Family Code by integrating all the relevant provisions of the International Conventions ratified by Cameroon; Readjustment of the texts on land matters notably the decree of 21 July 1932; ordinance n°74/1 of July 6, 1974 to establish the land tenure system; and ordinance n°74/2 of July 6, 1974 establishing the land tenure system.

Barrister Bissou also highlighted difficulties encountered in the course of the project due to the unwillingness of some MPs to accept contacts for discussions. He said they wrote to the Speaker of the National Assembly requesting for holding of seminars and educational talks as well as to all political parties represented at the national assembly.

“The reaction was not always a deafening silence, but the question of how much the project would pay to do workshops with Cameroon’s Parliamentarians at each session; and could this money be paid in advance,” he stated.

He mentioned the workshop on “legislative methods and techniques” with 38 individual MPs and alternates drawn from the Southwest and Littoral Regions in Douala last May 26; training of 30 journalists from the Centre, South and East Regions in Mbalmayo last September 1, as well as training workshops that held in Bafoussam and Bamenda. In all, 135 locally elected officials were drilled on technics of conception, drafting, analysis, reading and discussion and the effectiveness of good laws.