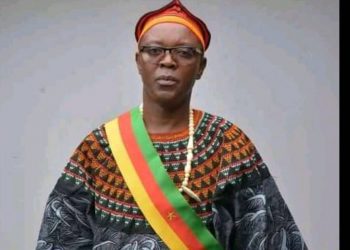 Tuesday, January 11, will go down the annals of history to the entire population of the Northwest as a Black Tuesday, given the fact their illustrious sons were brutally murdered during this ravaging Anglophone Crisis.

At about 9.00pm, inhabitants of Foncha Street reported that they heard heavy gunshots below GTHS, where unidentified gunmen went to kidnap a magistrate just near Pa Tingum’s residence at German Trench. He was caught in the gunfire exchange and he died.

Shortly afterwards, Senior Barrister Henry Kemende, who left Upstation Bamenda and was returning from Balikumbat, was caught in this exchange and he died at the Nkwen District Hospital. There are, however, so many versions to this story. Nobody has claimed responsibility for the death of Senator Henry Kemende. A Fon in Pinyin, Santa Subdivision, still in the Northwest, is also said to have been shot dead at Matazem, the gateway to Bamenda. Information circulated that His Royal Highness was returning home when this happened. Traditional authorities are still to inform the population about the incident.

Apart from Senator Kemende who succumbed to bullet wounds and died, SDF Former Communication Secretary, Beatrice Anembom, equally passed into eternity in the early hours of that Tuesday.

According to Denis Nkemlemo, Social Democratic Front National Communication Secretary, the departure of Beatrice Anembom Munjo to the world beyond was as a result of a protracted illness.  She had worked for the State broadcaster, CRTV, before later embracing politics and joining the SDF. She was known to been a brave Journalist, whose job led her and others to detention at the Kodengui Prison in Yaounde.

At the time of going to press, some two persons are reported to have been killed in Ngie under controversial circumstances.

SW Regional Assembly Outlines Giant Projects For 2022 After Adopting 3.2B