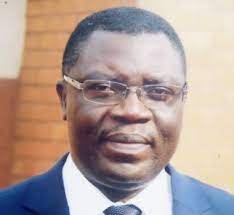 The Cameroon National Communication Council, NCC, has suspended journalists and publishers of some media organs for failing to respect the ethics and the deontology of the journalism profession.

In a communiqué published on July 28, and signed by Joseph Chebonkeng Kalabubse, President of the Council, the publishers of the French Language newspapers: L’Expression, La Republique, l’Elite, Le Pelican, Perspectives d’Afrique, Le Quotidien and Le National have been suspended for ungrounded declarations and accusations against Maurice Kamto, National President of Cameroon Renaissance Movement party.

The publishers were accused of presenting Kamto and his party as conspirators aimed at destabilising Cameroon. After an investigation, the Council suspended the publishers from exercising their profession for one month.

Concerning private television channels, three journalists from Vision 4 TV:  Owona Thaddée, Seme Ekong Matthieu Berthand and Bidjang Bruno have been sanctioned for one month for broadcasting content during the program dubbed “Tour D’horizon” on May, 16 and 17, 2022, relating to homosexuality. This, the NCC says, led to a moral scandal on the honour of one Mangan Richard Olivier.

NCC has also sanctioned Christophe Bienvenu Bia Nnama, a journalist at Vision 4 TV, for two months. The sanction is prompted by content that was broadcast about Mvogo Emeline, Chief of the Centre of Taxation for Centre Region, during the 8pm newscast on April 13, and May 13, 2022. The broadcast jeopardised the private life and the dignity of the Mvogo Emeline.

L’Expression, another French Language newspaper, was sanctioned for publishing a “baseless accusation” on Koah Songo Gabriel, Member of Parliament and the CPDM Section President for Lékie/Okola in the Centre Region. The publication accused Koah of attempting to poison the Mayor of Okola Council. To this effect, the Council decided to sanction the publisher of the newspaper for one month without exercising his profession.

Martinez Zogo, Station Manager of Amplitude FM, a private-owned radio in Yaounde, has also been found guilty against Olama Omgba Saint Clément, a journalist at Satellite FM (based in Yaounde). Martinez Zogo accused Olama of broadcasting offensive and degrading statements against him during the radio programme dubbed “Yaounde by Night” on May 18, 2022. After investigation, the Council suspended Olama Omgba for one month.

Another issue that was on the drawing board was the case of Mbombog Mbog Matip Emmanuel against a Yaounde-based private radio station, Royal FM, its Director and journalist, Ngogang René Francis, for airing an ungrounded declaration on Mbombog Mbog during the radio’s program dubbed “Ekomba Royal,” thereby comprimising the complainant’s image. After properly scrutinising the matter, the Council warned the Director of Royal FM, Emmanuel Noël Bissai, and Ngogang René.

Again, Ngogang René was accused by Ndefossokeng Jean Collins, President of Syndicat National Des Employés du Secteur des Transports Terrestres, SYNESTER, for broadcasting a baseless accusation against him on the aforementioned radio programme on April 18, 2022. To this effect, the Council decided to end the squabble.

The affair of Ahmadou Sardaouna, Director General of Société Immobilière du Cameroun, SIC, against the print media – Direct Info – and its publisher was not left out. The Director-General accused the newspaper of publishing a false allegation about him, which had a repercussion on his image relative to the management of the company. The Council, as a result, resolved the matter.

Eleven cases of professional malpractices were reported in the NCC’s recent communiqué.