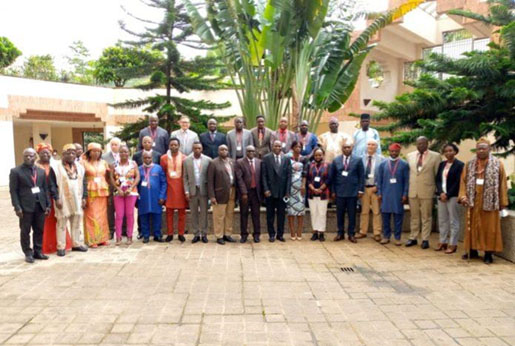 In line with the AFR100 Projectmeant to restore 12 million hectares of degraded lands, forests and forest landscapes in Cameroon by 2030, stakeholders gathered to evaluate the project’s achievements, challenges and the roadmap for the next 12 months.

The project, dubbed AFR100, aims to restore 100 million hectares of degraded lands, forests and forest landscapes in Africa. A workshop to this effect was held on October 8, in Yaounde, chaired by the Minister of Environment, Nature Protection and Sustainable Development, Hele Pierre.

Going by David Payang, Deputy Director for Nature Promotion and Restoration, AFR100 Focal Point, the whole world has been vibrating to the rhythm of restoration since 2015, as the degradation of land, landscapes and forests has reached an alarming level.

“As far as AFR100 is concerned, Cameroon has joined this initiative since 2017. And it is intended that by 2030, Cameroon will be able to restore 12 million hectares of land, landscape and forests. And, before 2030, we must sit down often to adopt strategies and to evaluate ourselves,” Payang said.

He furthered that a platform that will bring together administrators and boost their skills will be set up so they “can restore without neglecting anything on all our degraded lands, landscapes and forests. This will also allow us to encourage our donors. By seeing how committed we are, by seeing how the results are palpable, other donors will be motivated to support Cameroon’s efforts.”

Together with its multilateral partners, the Ministry in charge, among others, shared experiences on the restoration of degraded lands on the African soil. Given that life on earth greatly depends on a well-catered biodiversity.

With the phenomenon of land and forest degradation, Minister Hele Pierre reiterated that there is loss of biodiversity and climate change is taking its toll on the universe. Consequently, life on earth will be unbearable come 2,100 due to the latter’s degradation.