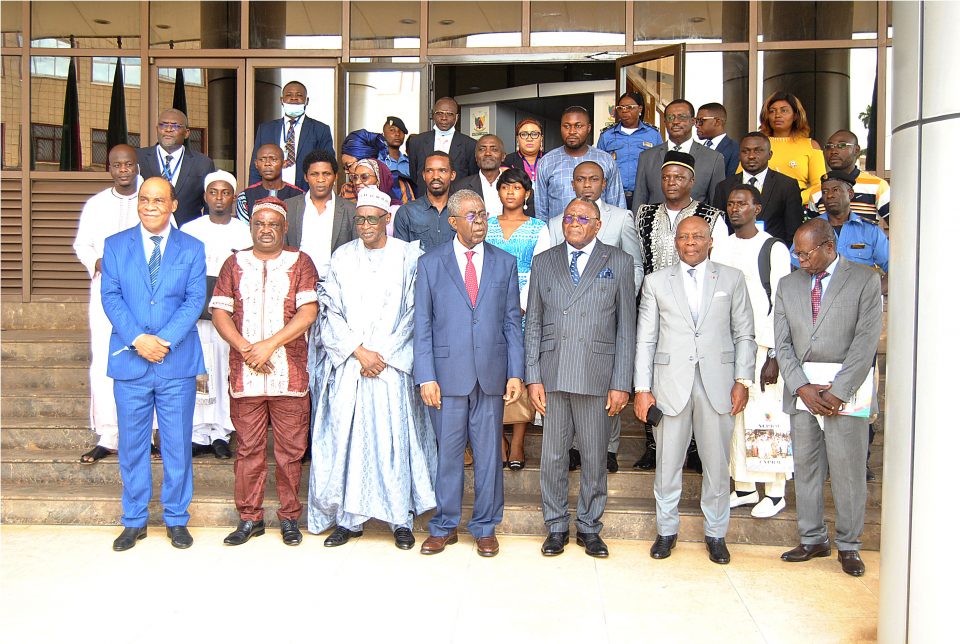 The National Commission for the Promotion of Bilingualism and Multiculturalism, NCPBM, fondly known as the Musonge Commission, has signed a Memorandum of Understanding, MoU, with some civil society organisations from the 10 Regions of the country.

During the signing ceremony at the NCPBM office last Tuesday, May 24, both parties pledged to fight hate speech and xenophobia everywhere in the country.

While addressing attendees of the meeting, the NCPBM Chair, Peter Mafany Musonge, said it was incumbent on them to collaborate with the civil society to take the onslaught against hate speech and xenophobia to even the remotest areas of the country.

“The commission alone cannot fight hate speech and xenophobia in our country,” NCPBM Chair, Peter Mafany Musonge, said. “State and non-state actors have been engaged in this fight in varying degrees and while congratulating them for their efforts, I will seize this opportunity to urge them to say alert”.

According to him, when President Biya instructed the commission to carry out the new communication campaign against hate speech and xenophobia, one of the strategies they adopted was to form a collaborative platform with civil society organisations. This would enable them to take the fight to the remotest corners of the national territory.

Speaking to the CSO leaders, Musonge said: “The choice of working with you was not fortuitous. We know that, in your day-to-day activities, you deal directly with the target populations, you know them, you speak their language and they trust you.”

He added that the commission was relying on the proximity position that the organisations occupy in order to ensure that every Cameroonian gets the message and joins the fight so that the beauty and wealth of the country’s diversity should not be sacrificed on the altar of hate speech and xenophobia.

The NCPBM boss averred that it is incumbent on every Cameroonian to fight hate speech in order to preserve peace, which is the bedrock of any meaningful and sustainable development. Going by him, it should be everybody’s business to ensure that peace is maintained through our combined efforts as brothers and sisters of the same fatherland. He told the CSO leaders that the task ahead is daunting but expressed optimism that, by the time the first phase of their work is complete, many positive results would have been obtained. He described the MoU as a win-win partnership that will bring positive results so that a peaceful, united and stable Cameroon can one day be bequeathed to posterity.

To ease the job of the CSOs, Musonge said he had written to the Regional Governors, informing them of the coalition. While lauding the NCPBM for the initiative, one civil society leader from Douala, Ngwain Sih Elizabeth of Phoenix Revival Association, said the MoU gives them a clear idea about funding the dos and don’ts and strategies of fighting hate speech and xenophobia in their various areas.

She said her association will target the various tribal groups in Douala as well as the youth who promote hate speech and xenophobia on social media. Leaders of some journalists’ associations, including the Northwest Chapter President of the Cameroon Association of English Speaking Journalists, CAMASEJ, Ndi Tsembom Elvis and Yaounde-based radio commentator, Martinez Zogo, were part of the coalition. They are expected to sensitise their colleagues against hate media content.

As Judge Dismisses Case: Detained Antoinette Kongnso’s Lawyers Say It’s Not Over Yet