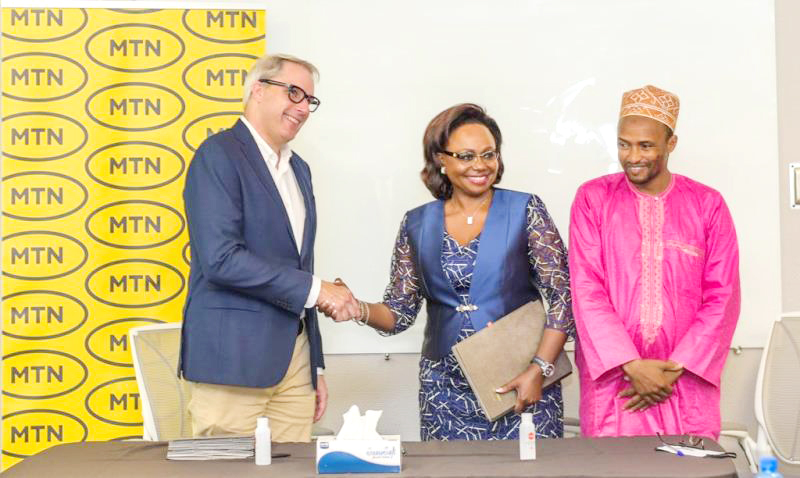 MTN Cameroon and Cameroon Telecommunications, CAMTEL, have signed a strategic national network roaming agreement that will enable CAMTEL expand 2G/3G and 4G coverage in areas of Cameroon which are not yet covered by its network.

The agreement was signed April 13, at MTN Group’s Head Office in Johannesburg, South Africa. MTN Cameroon CEO, Stephen Blewett, signed for his company while the CEO of CAMTEL, Judith Yah Sunday Achidi, endorsed for her institution.

According to a joint media release issued on April 14, 2022, by CAMTEL and MTN, the agreement “is in line with the Cameroonian Telecommunications Ministry’s transformation objective which includes initiatives to accelerate citizens’ participation in the digital economy in a cost-effective way. It is also aligned with MTN Group’s ambition 2025 strategic intent of leading digital solutions for Africa’s progress.”

On the occasion, the MTN Group President and CEO, Ralph Mupita, declared that “one of MTN Group’s strategic priorities is to build the largest and most valuable platforms, including network as a service. The roaming agreement with the state-owned CAMTEL is a significant development in our work to deliver on this: we are excited to bring our world-class services closer to the people of Cameroon,” Mupita is quoted in the release.

Going by the agreement, CAMTEL’s subscribers will benefit from access to MTN’s existing network infrastructure, which covers 97 percent of population with 2G, 90 percent with 3G and 70 percent with 4G, allowing CAMTEL to expand its geographic coverage for a significantly improved customer experience.

To Stephen Blewett, “this agreement is a milestone for MTN Cameroon and is in line with our belief that everyone deserves the benefits of a connected life.”

“We want to provide an environment where technology facilitates people’s daily lives, bringing them value wherever they are,” Judith Yah Achidi corroborated.

As Another Anglophone Detainee Mysteriously Dies In Prison: 115 Co-Detainees Petition Administration Over Threats Of Physical Elimination