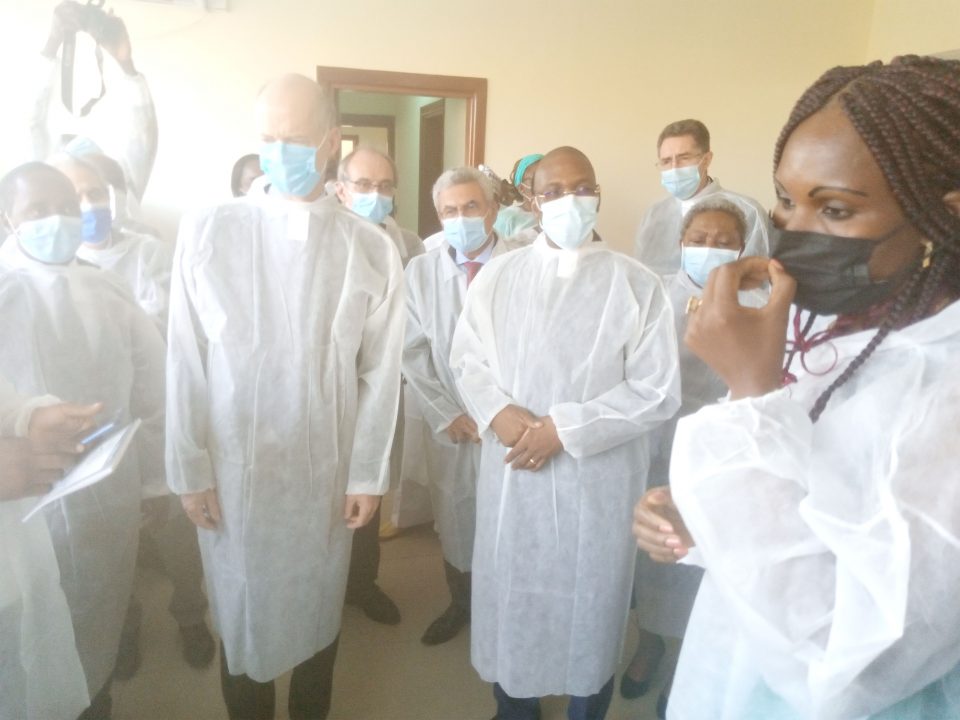 The laboratory placed under the malaria service of the Centre Pasteur du Cameroun, CPC, was inaugurated on October 26 in the presence of the French Ambassador to Cameroon, H.E. Christophe Guilhou; the representative of IRD for Central Africa; WHO officials; amongst others.

The laboratory that specialises in the study of insects that are vectors of diseases including malaria was co-funded by the Institut de Recherche pour le Développement, IRD, and the French Embassy in Cameroon.

He said the CPC, with a national, regional and international standing, is not only a research centre, but a centre of excellence that fully supports the health system in Cameroon. He said the Department of Parasitology at the CPC has been doing a lot of work and mentioned the 2019 WHO statistics, which indicates that over 200 million people contracted malaria across the world with about 400,000 deaths registered. Based on information from Cameroon’s Ministry of Public Health, over two million people are affected by malaria every year in the country, with children being the hardest hit.

Dr. Kazanji hailed the French Embassy in Cameroon and the IRD for financing the setting up of the FCFA 100 million worth laboratory noting that it is important not only to the CPC and Cameroon, but also to the entire Central Africa Sub-Region.

Meanwhile, the IRD Representative for Central Africa, Dr. Jean Marc Hougard, said the institute is found in a number of regions across the world but occupies a privileged position in Cameroon.

Hougard said the dynamic works of IRD extends to OCEAC that fully collaborates with Cameroonian researchers.

H.E. Christophe Guilhou said the wish of the French Embassy in Cameroon is to build and strengthen collaboration with institutions in the country, something that has been happening since the 1960s. He said the CPC has been very involved in setting up the laboratory and its inauguration is concrete proof of the collaboration.

He talked of the contribution of IRD and the Embassy that summed up to the FCFA 100 million used to set up the platform and remarked that it is a perfect example of success when institutions synergise.

According to Dr. Manouada Malachie, each time he visits the CPC, he sees good coordination and devotedness of the workers. He said the CPC is keen and committed to health issues as they follow all what the  Ministry does with interest. He said the building constructed within the framework of the contract plan is proof of government’s determination to improve on the health situation of Cameroonians including the fight against diseases spread through insect bites. He said the entomological medical laboratory would serve as an additional tool to combat malaria in Cameroon and the Central Africa Sub-Region.

He hailed the CPC for orientating its projects towards improving the health of the population. To the IRD, Dr. Manouada appreciated their constant support for development projects in the country and appealed that Cameroon still has a lot of development challenges that would warrant their support.