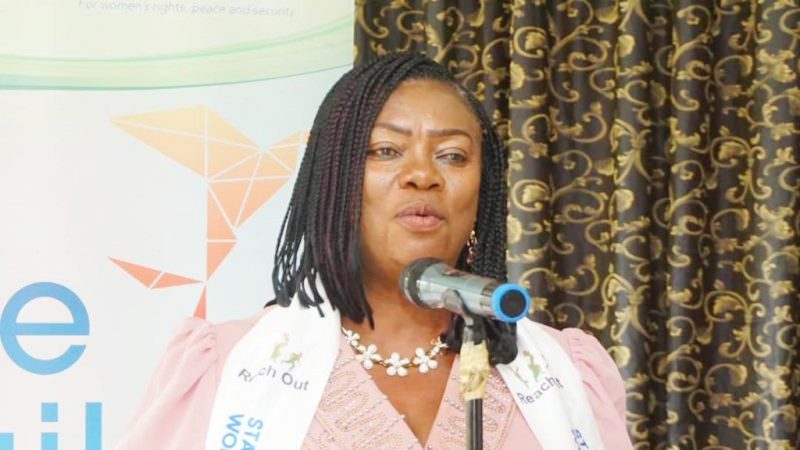 Women in the Southwest Region will be celebrating this year’s International Women’s Day in much more grandeur than they have done in the previous years, says Southwest Delegate for Women’s Empowerment and the Family, Lucia Ediage.

She rallied dozens of women at the Buea Council hall on Thursday, March 3, to reiterate the need for them to work side-by side with men for sustainable development to be achieved in society.

The 37th edition of the International Women’s Day will be commemorated on March 8, 2022, under the theme: “Equality between men and women today for a sustainable tomorrow”.

“There is a new wind of change because, after all the tempest, we have calm and things are coming back to normal, and this year we are going to celebrate like we have been doing in the past because, for about three years, we have not celebrated like we used to do,” Lucia Ediage said.

The MINPROFF delegate also appraised the progress women are making towards a gender equal society, but insisted that gender equality does not mean women should become competitors or rivals of men.

“Women’s empowerment is not just about showing power, but about supporting the men. Even the Bible says that a woman is a helper, but it didn’t say that a woman should carry all the load on her head. So we are supporting you (men); give us the opportunity to support.

According to Barrister Caroline Time, who lectured women on gender equality and sustainable development, this year’s Women’s Day theme suggests that, for the UN Sustainable Development Goals to be realized, both women and men must be involved in decision making for a balanced development.

The Southwest women stakeholders who attended the occasion also highlighted the importance of celebrating women in society, stating that women should be celebrated on a daily basis for their selfless input at the family and society levels.

The International Women’s Day will be celebrated this year after pausing in the past two years due to the Coronavirus pandemic. In the Northwest and Southwest regions of Cameroon, the day has not received the usual attention and ambiance for four years now, since crisis broke out.

Human rights organisations say women and children are worse affected by the conflict and have undergone torture, rape, assault and many of them have been killed by both state and non-state actors in the conflict.

Issues At Stake: Mainstreaming Gender Equality, Equity Should Be Our Way Of Life