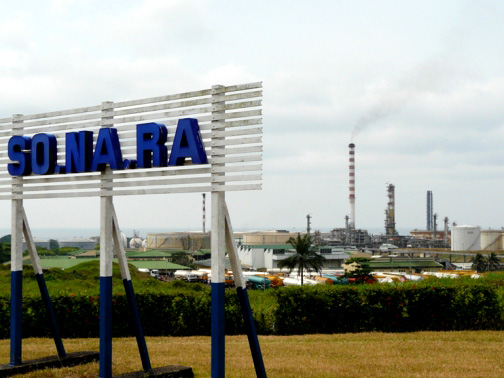 One of the leading international oil companies, Glencore, has reportedly pleaded guilty to paying a circa FCFA 7 billion (10.5 million euros) to some officials of Cameroon’s National Hydrocarbon Corporation known by its French acronym as SNH and the National Oil Refinery Outfit, known by its French acronym as SONARA  for an oil and gas deal. According to a release by the UK’s Serious Fraud Office and the US Justice Department, Glencore is pleading guilty on multiple counts of bribery and market manipulation.

The bribery scandals were blown open recently after the US, UK and Brazilian investigations uncovered corruption at one of the world’s largest commodity traders. The story has been staple food in the international media and social networks. A lawyer attached to the UK’s Serious Fraud Office, Faras Baloch, is quoted as stating that Glencore “bribed agents to ‘assist’ them in obtaining crude oil cargoes or gain an undue favourable price for those cargoes in Cameroon.” Although the Serious Fraud Office has pointed accusing fingers at SNH and SONARA for being at the receiving end of the bribe, it has not named names as to which officials are really involved in the scandal.

For one thing, Cameroon is not alone in Glencore’s bribery murky waters. The company is also charged with paying close to FCFA 4 billion in bribes between July 2011 and April 2016 to influence officials to favour the company in oil transactions in Ivory Coast, as well as failing to prevent individuals connected to the company from bribing officials concerned with awarding crude oil cargoes in Equatorial Guinea. It was on account of this that the UK Serious Fraud Office charged the group’s subsidiary Glencore Energy UK with seven cases of profit-driven bribery and corruption in connection to oil operations in Cameroon, Equatorial Guinea, Nigeria and South Sudan. In a statement, the Serious Fraud Office holds that the company’s agents paid bribes worth over 25 million US dollars for preferential access to oil with the approval of the company.

The legal battle against the company was opened in many fronts. In the US, Glencore has pleaded guilty in two separate criminal cases and agreed to pay approximately FCFA 700 million of criminal fines. Prosecutors are quoted to have described one of the cases as a decade-long bribery scheme. Glencore’s US commodity trading arm equally pleaded guilty of engaging in an eight-year scheme to manipulate US fuel oil price benchmarks. The US Attorney General, Merrick Garland, called it the US Department of justice’s “largest criminal enforcement action to date for commodity price manipulation conspiracy in oil markets”. To atone for its acts of corruption, Glencore says it would pay about FCFA one billion (1.5million US dollars in overall, including 1.1 billion to the US authorities, 40 million US dollars to Brazilian prosecutors and another amount to the UK to be finalised at a sentencing hearing.

Following this bribery scandal, the US Department of Justice says it will also install two independent compliance monitors at Glencore for three years to check internal controls. While commenting on the case, the Adviser at the Natural Resources Governance Institute, Alexandria Gillies, said: “Commodity traders including Glencore have a dismal record when it comes to corruption, so it is good to see that there are consequences”. Observers hold that the indictment of this international company is a strong signal in global efforts in the fight against corruption in the business milieu.

Given that Cameroon is a victim of Glencore’s bribery scandal, some legal minds are urging President Paul Biya’s country to go ahead and be part of the prosecution against the company. They hold that Cameroon could constitute itself a party to the case and also claim damages from Glencore.  Yet, such a move would also mean that government has to go the whole hog and prosecute the Cameroonian officials who allegedly lined their pockets with Glencore’s bribe.

On account of the government’s anti-corruption drive, known as the operation sparrow hawk, some observers are on the upbeat, wishing to see the authorities unleash the alleged corrupt officials to the judicial wolves. Besides, it is equally incumbent on the Yaounde authorities to do so, on the premise of its adherence to the Extractive Industries Transparency Initiative, EITI, and equally give a good image of Cameroon’s business climate.