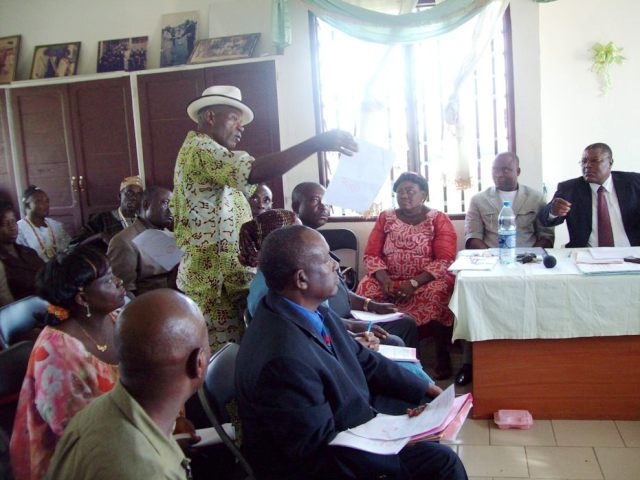 Councillors of the Idenau Municipality in the West Coast Subdivision, Southwest, have urged their Mayor, Gabriel Tonde Lifanje, to do more to improve internal revenue collection.

This was one of the major recommendations of members of the Finance Committee of this Council on Wednesday, May 28, when the councillors sat in a session to evaluate the accounts of the Council for the fiscal year 2020.

Following a report presented during the plenary session of the sitting, the councillors observed that, in 2020, the Council budgeted the sum of FCFA 890, 388, 098.

Of the above amount, the total of FCFA 553.209 million was successfully realised by the Council. This gave a positive realisation rate of 62.13 percent for the said year.

But the councillors observed that, out of the above-mentioned amount that was realised, only FCFA 41.36 million was generated locally. This means that the rest of the money came through Government subventions and other external sources.

It is based on the above that the councillors advised that it will be good for the Mayor to improve on the collection of revenue from their internal sources so that the Council should not become grounded if revenue from external sources does not come by or does dwindle.

Nonetheless, the councillors were impressed with most of the projects that the Mayor used the money realised to accomplish. They enumerated realised projects in 2020 such as the planting of solar lamps along most streets and quarters across the Municipality; the rehabilitation of the German Tower into a tourist destination, the opening of roads and provision of boreholes in other quarters to ensure everyone has water.

The councillors went forth to request that the Mayor should follow up and ensure the completion of pending projects such as the Idenau Grandstand, Motor Park among others. Members of the Hygiene and Sanitation Committee urged the Mayor to carry out a census of all drinking spots and snack bars that do not have provisions for toilets in their premises and give them a timeline to construct one or be sanctioned.

The Mayor, in response, thanked his Councillors and said all the projects still under construction shall be followed up to their final phase.

It is worth noting that the on-going crisis in the Northwest and Southwest Regions has, for the past four years, plunged them into a lot of difficulties. The Mayor said his own Council has not been spared. He recounted that the grandstand project was awarded in 2019 to one contractor. But owing to the on-going crisis, he said, “each time you ask the contractor what is happening, he says the banks are refusing to finance the project on grounds that it is in a war zone.”

The above reason is the same for many projects that have either been abandoned or are just hanging in the air because it has not been possible for many contractors to execute projects allocated to their enterprises in most municipalities of the Northwest and Southwest.

“But, as we all believe in God, we have hopes and I think we will find a way for all the projects to be realised,” Mayor Tonde said.

The Assistant SDO for Fako, Ms Mariline Yefon, who presided at the session on behalf of the SDO, Emmanuel Engamba Ledoux, called on the Mayor and the councillors not to relent.

“Mr Mayor, the population of Idenau is looking up to you to bring the development and upgrade their living conditions. Be resilient and stand firm in the face of challenges.”