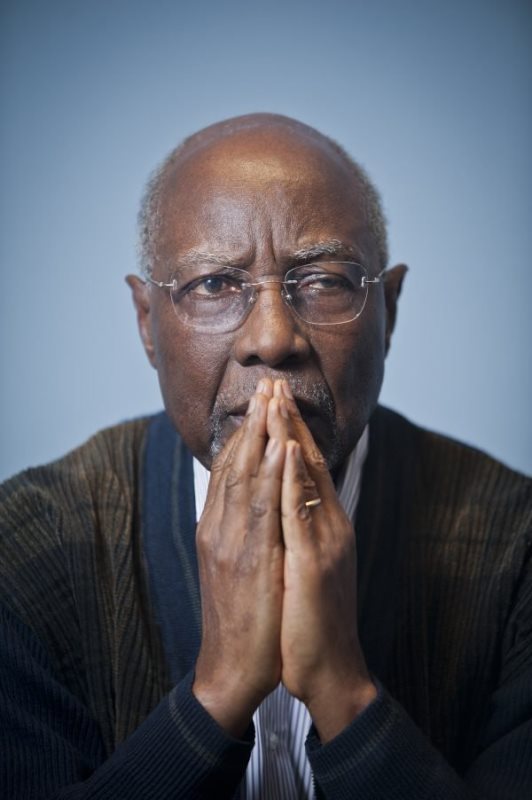 Former Higher Education Minister and erstwhile Secretary-General at the Presidency of the Republic, Prof Titus Edzoa, says he has forgiven all those who tortured him during the 17 years he suffered in detention. He made the revelation during a press launch he organised in Yaounde on February 24 to mark the 8th anniversary of his release from prison. He said he wishes that all those who tortured him be punished, but remarked that that wish is not a priority in the list of his preoccupations. His main preoccupation, he added, is how to get Cameroon out of the present predicament laced by multi-faceted crises.

Going by him, he forgave his torturers while he was still in prison in order to reconcile himself with his God and have an inner peace. In a preliminary statement, Prof. Edzoa went down memory lane, narrating the gory tale of his arrest, trial, imprisonment and torture. He said when he resigned from government on April 20, 1997 and declared his candidacy for the Presidential election, the move provoked a veritable socio-political earthquake in the country. By virtue of that act, he had denounced the Yaounde tyrannical regime and had to pay a heavy price for it. The former Minister who is a physician by training, said his torturers turned a hell of barbaric torture on him with the intention of taking away his life. He recalled how he was banished into a deep dark dudgeon at the Gendarmerie Headquarters. The tiny underground cell that became his abode for 17 years, is less than 9m2 with no window but just little cracks on three reinforced doors. He said the tiny cubicle was dark and as cold as ice, was equally abode for rats, mosquitoes and reptiles.

He said he was shut up in seclusion for 22 hours a day for seven years and 20 hours daily for 10 years. According to him, his torturers from the some elite corps of the gendarmerie made sure that he went through hell. Prof. Edzoa said such a situation enabled him to discover the cruelty and emptiness of the country’s judicial system. He said his passport was seized two days after he resigned as the security operatives maintained surveillance at his residence. On July 3, 1997, he narrated, he was virtually kidnapped from his residence and ferried to manu militari, the State Counsel’s office without a summons and without a warrant of arrest. He said he was later indicted for alleged complicity of embezzlement of public funds and shoved into pre-trial detention at the Kondengui Prison.

Nineteen days later, in the heart of the night, he was ferried to an underground cell at the Gendarmerie Headquarters without any justification. On October 3, 1997, Prof Edzoa said, he was sentenced to a 15-year imprisonment term in a nocturnal trial that ended at 3.00am. He said the trial went on without his lawyers and government did not care to provide him one as provided for by the law. The court that found Prof Edzoa guilty of attempted embezzlement of public funds, equally ordered for the seizure of all his property. After 16 years in prison, the court brought up more charges against the former Minister, found him guilty and slammed him a 20-year imprisonment term this time around. On February 18, 2014, a Presidential decree ordered for his release. He was finally released on February 24, 2014. Thus, last February 24 marked eight years after his release.

Prof. Titus Edzoa said he was using the 8th anniversary of his release to reflect on the the multi-faceted crises rocking Cameroon. He recalled that, 25 years ago, he said republican institutions have lost their rigour and vigour in such a way that the State is no longer the public servant and civil protector that it ought to be.  According to him, republican values have been offered on the altar of illicit enrichment through embezzlement as that the State is held in thrall. He condemned endemic corruption, noting that its perpetrators continue to enjoy impunity as the nation sinks deeper into delinquency. Prof Edzoa also denounced the upsurge of mental and material misery in all vital sectors of national life. He regretted that an abominable and interminable civil war is going on in the two English-speaking Regions because of the authorities’ inability to manage the country’s diversity and unity that are precious riches to our country. Referring to the crisis, he said the regime is fully embarked on the democratisation of death.

Remarking that President Biya is already 89 years, he condemned certain projections of his alleged successors that are done in all indecency. Noting that some people have dismissed certain grave anomalies with claims that Cameroon is Cameroon, he warned that: “Cameroon is the Fatherland of each and every one of its citizens.” While addressing those who believe in him, especially the youth, Prof. Edzoa said the world will not be destroyed by those who do evil, but those who look on without doing anything as evil is committed. He said he remains attached to universal human values of self-dignity and respect for others. He said he has never given up on these values despite the barbaric torture that he was subjected to. To him, good work done in all discipline is part of the repertoire of his daily life. He holds that creating an avenue for the discussions and reflections on bringing back Cameroon to its rails is imperative. That is why he has created an independent think-tank for reflection known as Circle of Political and Economic Analyses, CPEA. It is tailored to operate as an open platform of discussions and collaborative work on issues of grave national import.