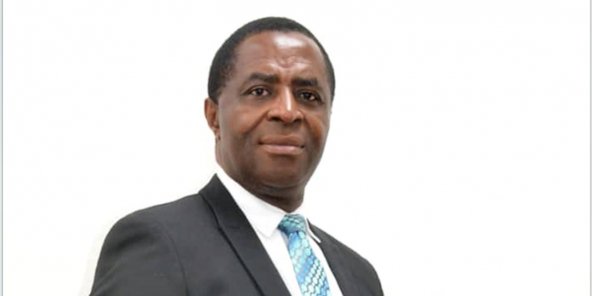 The Government has remained mute several months after the Separatist leaders reportedly forwarded to them the document that contains proposed pre-conditions for a ceasefire that would put an end to the ongoing deadly Anglophone crisis.

The Post learnt that the Separatist leaders at the Kondengui Prison in Yaounde sent the document after they had two secret meetings with Government envoys at the Mvolye neighbourhood in Yaounde.

The meetings, according to our sources, were a desperate bid by both sides to seek a peaceful solution to the over five-year-old crisis that has proven not to be a winnable war for any of the belligerents. The first meeting reportedly took place on April 16, 2020. Sisiku Ayuk Tabe led a delegation of the Separatist leaders made up of Shuffai Blaise Berinyuy, Terence Penn Khan, Elias Eyambe and Augustine Awasum. The Chief of Cameroon Secret Service, Leopold Eko Eko and his staff, reportedly manned the Government bench.

The second meeting is reported to have taken place on July 2, 2020. This time around, Mancho Bibixy and Conrad Tsi swelled the ranks of the Separatist leaders by joining the four people who attended the first meeting. The Government bench remained same but for a certain Priest from Mvolye who came in as an observer. In both meetings, our sources state, both parties outlined measures that could be applied to put an end to the crisis. That is why many observers say they were surprised that the Minister of Communication cum Government Spokesperson, Rene Emmanuel Sadi, issued a release on July 5, 2020, denying media reports that Government was having secret talks with the Separatists.

It was after this denial that the separatist leaders in detention came out with a position paper on November 14, 2021 in which they sent to the Presidency of the Republic, the Prime Minister’s Office and diplomatic missions, among others. Besides outlining their conditions for dialogue in the document, the Separatist leaders are said to have pledged to support any initiative that would provide an enabling environment for a frank and inclusive dialogue.

In their position paper, the Separatist leaders call for the granting of a general amnesty to all those who are presently serving prison sentences in connection with the ongoing crisis and the discontinuance of all judicial proceedings against all those whose cases are linked to the crisis. The Separatist leaders also propose the issuance of a joint declaration of cessation of hostilities by both parties and that such a situation be monitored by a neutral third party force whose composition shall be agreed upon by both parties. They pledge the lifting of school boycott and commitment from both sides to work towards creating a safe and protective environment for the effective resumption and smooth functioning of schools, especially in rural areas.

The detained leaders propose a joint facilitation of a return of refugees and internally displaced persons to their communities and habitual places of residence, in coordination and support of relevant United Nations Humanitarian and Relief Agencies, churches and community-based organisations. They appeal to the Government to guarantee the safe passage to all former Southern Cameroonians world-wide to freely travel to and within the country for discussions with the leadership and other stakeholders without fear of arrest, incarceration or torture. They call for the joint institution of a period of National Mourning to allow for all those who have lost loved ones since 2016 to organise proper post-burial and funeral rites in accordance with local customs and traditions without restrictions.

However, the Government is yet to officially react to these proposals, close to three months after the document was sent to them. The Post learnt that this deadlock is not unconnected to the fact that the Government is divided into two camps over a permanent solution to the crisis. While the moderates, reportedly led by the Prime Minister, Chief. Dr. Joseph Dion Ngute, are pressing for a peaceful solution to the crisis through dialogue, the hardliners, led by some big shots at the Presidency of the Republic, insist that the crisis must only be settled by their blood and iron logic.  Small wonder that the impasse is dragging on for this long as the crisis continues to make more victims.