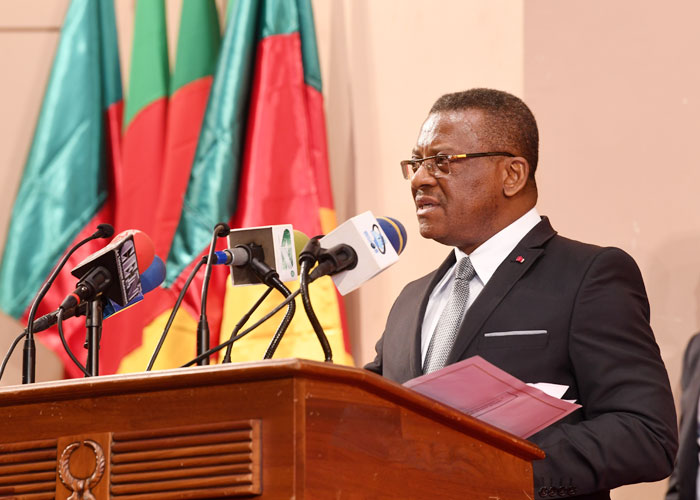 In a recent release, the Government of Cameroon, in a compendium, has chronicled efforts and moves it has made so far to resolve the Anglophone Crisis, five years down the line since the crisis started and morphed into an armed conflict.

In the compendium, the Committee to follow up the implementation of the recommendations of the Major National Dialogue notes that “Since 2016 when corporate claims morphed into civil disobedience acts in the North West and South West Regions, the government elected to address the issues raised through Dialogue. It is in this regard that ad-hoc commissions in both the educational and legal sectors were created, meetings were organised and actions taken to address the concerns presented by the corporate bodies,” it says.

Amongst other things, the Committee highlights the Major National Dialogue, MND convened by President Paul Biya, and held from September 30 to October 4, 2019, at the Yaoundé Conference Centre to specifically look at the raised issues. While noting that the MND was the highpoint of activities and measures invoked to solve the crisis, it states that the MND was “not the endpoint in the dialogue process”.

The Committee further notes that “The historic event (MND) was a unique opportunity to leverage the collective efforts of all and sundry in reinforcing the bonds of the Cameroonian common destiny and a major milestone in the very honourable exercise of constructing the nation. The MND afforded Cameroonians, in line with the Constitution, the opportunity to seek ways and means of meeting the high aspirations of the people of the North-West and South-West Regions, but also of all the other components of our Nation.”

Amongst other things, the Committee cites the government’s efforts, starting from initial efforts made to address the teachers’ and lawyers’ grievances when it was still at the level of professional demands. It cites the dispatch of teachers to the Anglophone regions, the transfer of school staff who did not master the English language from Anglophone schools, the recruitment of 1000 bilingual teachers specialised in science and technology,  special recruitment of 1000 young bilingual graduates, recruitment of lecturers in all state universities, creation of the Department of French Modern Letters in the Higher Teachers’ Training College (ENS) of the University of Bamenda, the reinforcement of the Admission of HND/HPD certificate holders in particular specialities, into the third year of HTTTCs of the Universities of Bamenda and Buea, to make up for the acute shortage of technical teachers in Anglophone schools amongst some of the first measures that were initiated and completed by the government.

The Committee also notes the ongoing harmonisation of programmes of the Universities of Buea and Bamenda, increase in the number of candidates to be admitted into the HTTCs and HTTTCs, implementation of the One-Text book policy, translated version of the OHADA instruments, return of wigs seized from lawyers during protests, prosecution of officers involved in the recorded brutalisation of lawyers, the introduction of a Common Law Section at the Supreme Court, the inclusion of a Common Law section at ENAM, increase of the number of Anglophone Magistrates and the redeployment of magistrates, following the linguistic criterion, ongoing consultation of the Bar Association on the amendment of the law on the organisation of the legal profession, the creation of a Law School for the training of Lawyers and Notaries, the recruitment of interpreters specialised in courts, pending the results of the special recruitment of Anglophone magistrates and registrars. The continuation, on a transitional basis, of the exercise of duties of lawyers and notaries, cumulatively in the North West and South West Regions, the preparation of the National Forum on Justice, during which all the problems raised by lawyers, and many others, will be taken into account, authorisation of Lawyers to visit their clients detained in a Police Station or Gendarmerie Brigades, efforts to speed judicial procedures, the ongoing redeployment of Magistrates, Court Registrars and Judicial Police Officers of French-speaking in the Anglophone Regions based on their mastery of the English Language. These, the Committee notes were measures taken to resolve the crisis, before the convention of the Major National Dialogue by President Biya.

Regarding the implementation of measures taken during the Major national Dialogue, the Committee notes its efforts to accelerate Local Governance and Decentralization. In this light, its cites completed and ongoing tasks like; Promulgation of Law 2019/024 on the General Code of Decentralized Local Authorities, election and setting up of Regional Assemblies and Special Status to the SW and NW, creation of the National School of Local Administration and appointment of Officials, creation of the Ministry of Decentralisation and Local Development, adoption of budgets of Regional Councils, appointment and installation of Public Independent Conciliators, drafting of enabling decrees for the transfer of powers to Regions, allocation of 30billion francs CFA for the functioning of Regional Councils, pursuant to instructions of the President of the Republic, materialisation of 15% of State revenue to Regional and Local Authorities, elaboration, forwarding and defending the signing of the decree on the transfer of power to the Regions regarding Youth and Civic Education, finalisation of specifications for the project on the modalities for the transfer of power to the Regions concerning youth and civic education, Transfer of FCFA 1, 639 191 000 to MINDDEVEL for the realisation of MINJEC competencies transferred to it.

The committer equally notes efforts put in place to promote Bilingualism, and Community Social Cohesion. It notes that envisaged projects in this domain have been realised.

Concerning reconstructing affected regions, the Committee notes the creation and implementation of a Presidential Plan for the Reconstruction and Development of the North West and South-West Regions, which it says is still ongoing. The Committee also notes its creation, by Presidential Decree No. 2020/136, to follow up the Implementation of the Recommendations of the Major National Dialogue, as a move made to ensure that there is programmed follow-up of agreed reconditions.

On the future of surrendering fighters, the Committee notes the creation of DDR Centres and the reintegration of Ex-Combatants, as well as ongoing projects to complete the process and make the centres and its vision complete.

Regarding efforts to calm down tensions, the Committee also notes the release of some arrested persons in connection to the crisis, as well as the offer of amnesty to repentant combatants. On the wellbeing of displaced persons, it notes the programmes, mostly the ongoing ones for the management of Refugees and Internally Displaced Persons.

Regarding security issues, it notes security operations in crisis regions, which it says, is to ensure the safety of civilians living there. On assistance to businesses in the crisis regions, it notes the support to small business owners, viz the Prime Ministerial Decree   N°2019/3179/PM to grant the status of economic disaster areas to the Far-North, North-West and South-West Regions, 90-day tax breaks accorded to businesses to assuage the impact of the Covid-19 pandemic on small and medium-sized enterprises, as well as the adoption of a refreshed National Development Strategy SDN30.

The compendium was released after the visit of the Prime Minster and the MND’s committee to do a follow-up of the recommendations of the Major National Dialogue two years after the event that was meant to find a way out of the ongoing Anglophone crisis.