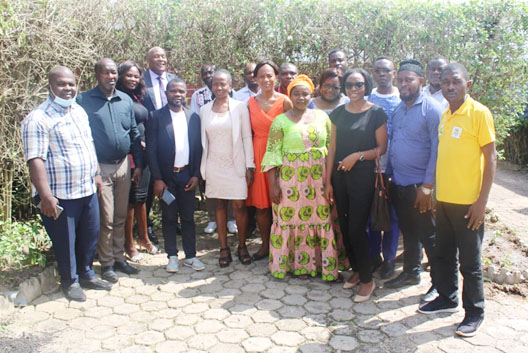 The Friedrich Ebert Stiftung Foundation, FES, and Service d’Appui aux Initiatives Locales de Développement, SAILD, organised a workshop to equip journalists with a good understanding of the challenges of climate negotiations at international, regional and national level in order for them to better do good media coverage of COP26 and other climate-related issues.

The workshop was held in Mbalmayo, in Cameroon’s Centre Region. It spanned from October 27-28, 2021.

At the workshop, the journalists were also equipped with knowledge to better understand climate change and its concepts, so as to better educate and communicate with their audiences in and out of Cameroon. The over 20 journalists in attendance were made to understand the role that the media can play in supporting the Cameroonian delegation to the Glasgow climate talks. They were also made to understand the place of good media action and shaping the agenda so that issues on climate change can be mainstreamed in the media space.

The organisers of the workshop noted that the effectiveness of Cameroon’s action in the climate field also relies on the involvement of all stakeholders including the media. It was against this backdrop that media men and women were hosted in Mbalmayo to give them necessary knowledge to easily report on the climate summit in ways that local media consumers can easily understand, and so, not excluded in the discussions and collective action needed to mitigate the effects and change course of climate change.

The workshop was held a few days to the holding of the twenty-sixth United Nations Conference of Parties (COP) on climate change and in a context where Cameroon has adopted a new document less than a month ago.

Journalists at the workshop were drilled by experts like Prof. Joseph Amougou, Director General of ONACC; Prof Bring Christophe of MINEPDED; and Dr Rodrigue Feumba, Climate change expert at the University of Yaounde I.

Meanwhile, Prof Joseph Amougou, one of the experts at the workshop, said Cameroon is on the right footing in its fight against climate change. He said Cameroon must continue to reduce its carbon footprint and embrace green energy. “We must engage the development of solar energy, hydro power energy in all parts of the country, and reduce the use of generators and this will contribute strongly to the mitigation of climate change and emission of greenhouse gasses,” he said.

WHO Donates Over FCFA 500M To Combat COVID-19, Guinea Worm