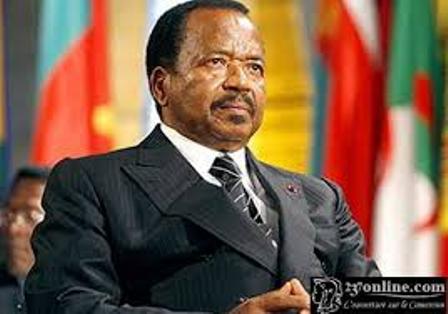 Opposition parties have questioned the silence of the Government, precisely the Minister of Territorial Administration, Paul Atanga Nji, and the Minister of Communication, Rene Emmanuel Sadi, over what they term acts of terrorism committed by several elite and militants of the ruling CPDM party throughout the country, in the last two weeks, during the reorganisation of the basic organs of the party.

Having over the years imposed local leaders, instead of allowing them to freely elect their local leaders, there was a lot of tension when leaders of the party at the grassroots had to face each other for the different party posts.

It would be recalled for example that in Bengbis Municipality in President Paul Biya’s Dja and Lobo Division in the South Region, irate CPDM militants burnt down the residence of the DO, whom they accused of interfering in the internal elections of their party, in favour of external CPDM elite.  The angry CPDM militants also accused the General Secretariat of the Central Committee of the CPDM of having the years imposed local leaders on them, instead of allowing them to choose their leaders in free and fair elections.

In a locality in the outskirt of Bafia in Mbam and Inoubou Division of the Centre Region, some furious CPDM militants mounted barricades on National Road No. 4 (Yaounde – Bafoussam),  blocking traffic, protesting against the removal of certain names from the electoral list in their municipality, to favour some candidates.

The biggest shock to most Cameroonians was an incident where gendarmerie officers were seen in a video that went viral on social media, begging the lawbreakers to dismantle the roadblock.

Meanwhile still in Mbam and Inoubou Division, several houses were burnt and one of the CPDM militants was stabbed with a knife.

Meanwhile, in Bangante, Nde Division in the West Region, dozens of indignant CPDM militants stormed the party house where the local election was scheduled to take place and vandalised electoral materials like ballot boxes and ballot papers, as well as many other things in the building.

The CPDM militants said they were protesting against electoral fraud carried out with the complicity of the committee charged with organising the party election in Nde – North CPDM Section, in favour of one of the two candidates that is a member of Government.

The irate CPDM militants complained for example, that the number of names on the voters’ list had been highly inflated by one of the candidates, with the complicity of the committee charged with organising the party election in Bangante. The militants said they could not for example understand how whereas statistics from Elections Cameroon, ELECAM, show that there a total of 40,000 registered voters of all political parties in the Bangante municipality, the CPDM electoral list for the internal election in the same municipality, had as many as 80,000 voters.

Protesting Against Same Malpractices They Committed At State Elections

Many political observers in the country believe that the violent reaction of many ordinary CPDM militants to electoral malpractices in the internal elections of the party, was because the local CPDM militants of the different municipalities across the country know the different types of electoral malpractices and how they are committed. For one thing,  they are the very ones that the CPDM elite uses to carry out electoral fraud at elections organised by the State like presidential, legislative and municipal elections.

When CPDM elite tried to use the same fraud at the internal party elections, those local militants were quick to discover since they have much experience in that domain.

Senator Involved In Acts Of Violence

Meanwhile, CPDM elite, especially the external elite, were accused of being either directly or indirectly behind the violence and other acts of public disorder.

In Kribi, Ocean Division of the South Region, for example, a video of a CPDM Senator, who with his bodyguard, head-butted two militants, leaving them with injuries on their faces and blood oozing from their injuries. The mobile phone of one of the militants was also allegedly seized by the Senator.

Meanwhile, opposition parties say they are scandalised with the silence of the Government, especially the Minister of Territorial Administration, Paul Atanga Nji, and the Minister of Communication and Government’s spokesman, over the incidents.

The National President of PCRN, Cabral Libii Ngue, in a press release focused more on the act of arson that was committed in Bengbis by some CPDM militants. He said, “the silence of Government (MINAT) over the burning of public buildings (residence of an administrative authority), by members of a political party in fury, is scandalous”. He questioned how it could be if militants of another political party were to commit similar acts too, and the same state authorities that have been silent over the atrocious acts committed by CPDM militants, try to sanction them.

“Law On Suppression Of Terrorism Should Be Applied”- FDC president

The National President of FDC, Denis Emilien Atangana, who has become a popular opposition figure in the country in recent months for taking the CPDM Government to task over illegalities and bad governance, has come out with two press releases on the atrocities that were committed by some CPDM militants. Atangana referred to the militants that committed the atrocities as “Les militants terroristes du RDPC”, that is, ‘terrorists – militants of the CPDM’.

In a second press release Atangana disclosed that 12 CPDM militants have been arrested for their alleged involvement in the burning of the residence of the DO in Bengbis. He saluted the arrest but insisted that all those arrested have to face trial in a military tribunal and that Law No. 2014/28 of 23 December 2014 on the repression of acts of terrorism should be applicable in the trial of the  ‘ ‘terrorists – militants of the CPDM’.

SDF officials have also been reacting in the same way as the officials of other opposition parties, lashing out at the CPDM which the opposition party says has finally exposed itself as a violent party.

Officials of the Cameroon Renaissance Movement, CRM, have while strongly condemning the acts of violence, vandalism, arson and aggression committed by CPDM militants in several places, decried the cases of dozens of CRM militants that have been in detention since last year for merely protesting.

The Littoral Coordinator of CRM, Barrister Fidel Noubissie, in a declaration, recalled that dozens of CRM officials and militants were arrested last year for taking part in the peaceful protest march that the party organised to press the Government to take appropriate measures to seek a peaceful resolution to the Anglophone Crisis, and for the adoption of a Consensus Electoral Code in the country. He said some CRM officials were even arrested before the day of the protest march.

Barrister Noubissie cried out that while dozens of CRM militants have been languishing in the New Bell Prison,  Kondengui Prison and others for over a year today for no crime committed, and without trial, CPDM militants that in the last two weeks openly committed serious acts of atrocities are moving around freely.

In one of the several articles written and posted by CRM militants on social media on the issue, Pierre Olinga recalled that when Prof Maurice Kamto and the CRM took to the streets in late January 2019 for a peaceful protest march against their stolen victory at the 2018 presidential election, they were fired at with live bullets, arbitrary arrested, tortured, detained for several months, and also dragged to the military tribunal.

Olinga said he was scandalised that during the CPDM reorganisation where several militants indulged in different atrocities like the blocking of a major highway, the stabbing of people with knives, the illegal carrying of guns to threaten people, the burning of the residence of a DO, and so far on, the Government has been silent.

“Where is the Minister of Territorial Administration? Where is the Minister of Communication and Government’s spokesman? Where are the leaders of those CPDM satellite parties pretending to be opposition parties that spend their time attacking the CRM leader and party, pretending they are doing so as patriots? Where are those pro-regime fellows that claim to be of the civil society?” Olinga questioned, as he accused the government of double standards.

CPDM Tries To Downplay The Acts Of Violence

CPDM officials and elite have on their part been downplaying the acts of violence, arson, vandalism, and aggression committed by some of its elite and militants across the country.

Many CPDM officials and elite are instead arguing that serious politics is a game of passion, and the agitations that took place in some localities translate the vitality that animates life in a big and active political party.

CPDM Hits Back At SDF, Other Opposition Parties

The General Secretariat of the CPDM Party has so far not officially not commented on the incidents. However an article written and posted online by the Director of the CPDM Information and Propaganda Newspaper known as L’Action, Christophe Mien Zok, who is also the General Manager of the Yaounde Conference Centre, certainly reflects the thinking of the party hierarchy.

Mien Zok in the article starts qualifies the incidents as sad. But he fumed that the incidents have led to the CPDM being ‘unfairly’ called all sorts of names by some political parties.

Mien Zok, surprisingly said that the criticism of what happened in the CPDM was generally done out of bad faith.  At the same time, the CPDM official said that many of the party’s militants that resorted to raising and propagating scandalous allegations against some elite that led to unfortunate incidents, acted in ignorance of the party text.

Mien Zok claimed that incidents were recorded in less than 20 Sub – divisions or CPDM Sections, whereas there are as many as 360 Sub-divisions in Cameroon. He said it was wrong to generalise the.

“It was not in the Congress of the CPDM that a militant was killed by his own comrades”, Mien Zok lashed out. He was certainly bashing the SDF, referring to an SDF militant that was killed in unclear circumstance in Yaounde a couple of years ago.

Speaking in a political debate over Equinoxe TV in Douala, the representative of the CPDM, Barrister Jean Claude Biligha, condemned the violence that took place. He was however quick to argue like Mien Zok that violence does not only occur only in the CPDM.

Baligha also cited the SDF militant that was killed in Yaounde some years back. He pretended to weep for the death of the SDF militant, saying that they were not only of the same tribe, but that they both grew up in the Cite Sic Quarter in Douala.

Biligha mocked that the militants of many political parties in Cameroon cannot fill a classroom, and so cannot understand what it means to organise elections in a party like the CPDM.

CPDM elite and officials have been alleging that most of the people that committed acts of violence during the CPDM reorganisation were infiltrators from some political parties, especially the CRM.

Anglophone Crisis: Families Caught Between Burying Loved Ones At Home