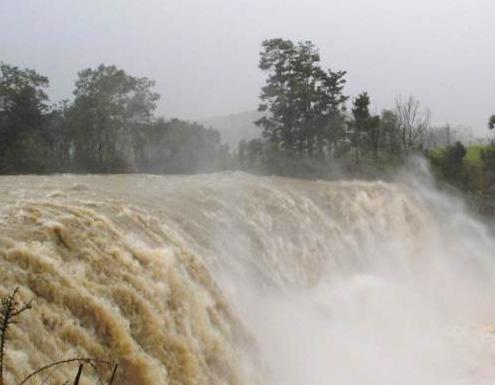 The National Observatory on Climate Change, NOCC, in its climate forecasts and alerts bulletin No 93 covering the September 21 to 30, 2021 period, has projected heavy rainfall in some localities of Cameroon that could be devastating to crops and human infrastructure.

The NOCC, with Dr. Joseph Armathé Amougou as its Director, comes up with the forecasts and alerts after every 10 days.

On precipitation, the forecasts notes that the period will be marked by significant rainfall amounts over the entire national territory, especially in the monomodal rainforest and highlands zones, with a very high risk of flooding and landslides in many localities within these two agro-ecological zones.

The dekad listed many localities that would be under heavy rainfall in the Littoral, Northwest, Centre, South, East, Adamawa, Far North and North Regions. “This dekad corresponds to: the continuation of the long rainy season in the bimodal rain forest zone (Centre, South and East Regions); continuation of the rainy season in the highlands zone (West and Northwest Regions), marked by thunderstorms, downpours, violent winds and even hailstones, with a risk of landslides and mudflows in some localities of the said Regions due to water saturation of the soils and the contrasting relief like in Bafoussam, as well as a risk of flooding in lowland areas.

The NOCC’s forecast also dwelled on the possible socio-economic risks and impact likely to go with the climatic phenomenon in some of the areas. It notes, for example, that there is a high risk of recording cases of degradation and destruction of some crops in the field in many localities of the North and Adamawa Regions; banana and pawpaw plantations, and so on in some localities in the Northwest, West, Littoral, Southwest and South Regions, due to heavy rains accompanied by strong winds as well as hailstorms.

A risk of crops drowning in some lowland areas in the West Region, due to the heavy rains; a risk of tuber degradation due to severe humidity in the monomodal rainforest zone; the bimodal rainforest zone and the Guinean High Savannah zone. A decrease in rainfall disruptions (number of successive days without rain) in the Centre, South and East Regions is also expected.

Concerning health, the forecast highlights a high risk of recording cases of water-borne diseases due to the poor quality of drinking water, in the five agro-ecological zones; cholera in some settlements of the coastal strip of the Littoral and Southwest Region, Sudano-Sahelian and the Guinean High Savannah zones due to the contamination of drinking water by polluted run-off water. Resurgence in respiratory diseases in the monomodal rainforest zone and the highlands zone, due to cold and humidity, is equally feared. General pathologies for people suffering from hypertension, diabetes, obesity as well as women in menopause, due to the heat at night in some localities; multiplication of malaria-causing mosquitoes in the five agro-ecological zones; numerous cases of epizootics due to the cold weather during the night in some localities of the West, Northwest, Adamawa, Centre and South Regions are also projected.

Touching on livestock, it mentions possible cases of loss of livestock by lightning due to stormy rains accompanied by heavy thunder in the Guinean High Savannah and the highlands zones; the East Region; as well as drowning of livestock in some localities of the North Region in the Sudano-Sahelian zone. A high risk of falling of electricity transportation poles due to heavy rains accompanied by strong winds in the North Region and Guinean High Savannah zone are some of the risks and impacts.

In the monomodal rainforest zone; it is feared there will be contamination of underground, surface and water in catchment points by polluted runoffs in the North Region, the monomodal rain forest zone, the Guinean High Savannah and the highlands zones. Increase in water levels in rivers and dams and increase rates of erosion are projected in the localities as well. A high risk of recording numerous cases of morning fog leading to traffic accidents in many localities in the Centre, South, East and West Regions, is also mentioned.

Flooding in some localities such as Garoua, Lagdo, Pitoa, Douala, Nkongsamba, Yaounde, Kribi and so on is projected. Landslides in some localities in the Northwest and West; the Littoral and Southwest, due to waterlogging from rain recorded from the beginning of the rainy season, are expected. Cases of road degradation and destruction of bridges and other crossing structures in the West and Northwest Regions; Littoral and Southwest; the North and Adamawa Regions due to heavy rainfall, feature prominently in the bulletin.

Project On Healthy Aging With HIV In Cameroon, Senegal Launched