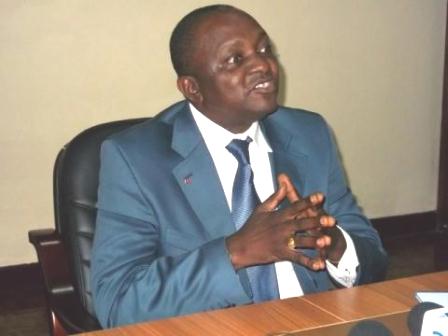 This amount of money, he said, was generated from ticket sales, as the Limbe Omnisport Stadium hosted Group D games of the tournament.

In a report detailing the financial situation of the Southwest Region presented on March 10, Governor Okalia Bilai said the Limbe-Buea site was noted for offering the best services during the competition.

“The job done so far during this competition enabled the local services as well as persons of goodwill who took part in the organisation of this activity to receive the compliments of many observers among which were CAF officials, members of governments, sporting delegations and many other high ranking personalities,” Governor Okalia Bilai said.

“Our guests were all impressed by the quality of the organisation in the Limbe-Buea site,” he added.

He said the Limbe-Buea site also offered quality services during the just ended Africa Cup of Nations, AFCON, which played from January 9, 2022 through February 6, 2022.

“… the Limbe-Buea site was elected the best site of the tournament. Our site was the best in virtually every aspect of the competition, beginning with hospitality, the management and quality of sport infrastructure, the supervision of the competition and many others,” he added.

Buea and Limbe were the only Anglophone towns that were directly involved in AFCON.  Both towns hosted delegations and players of Group F teams – Gambia, Mali, Mauritania, and Tunisia – during the tournament.

Despite threats from Separatist leaders to disrupt the competition, matches were played hitch-free, though turnout at the stadium was poor during the early matches of the Group.