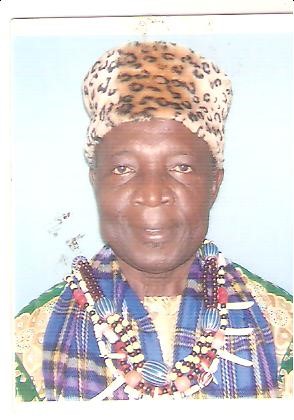 Challenges Of Road Construction In Cameroon

The International Roads Federation Slogan that “good roads mean better living” sounds like an adequate philosophy of development. This has been confirmed by recent studies in the united states which suggests that “the impact of infrastructure investments on economic growth represents startlingly high rates of return-up to 60 percent” (world development report 1994).

Research has also demonstrated, that unbroken transport chains are vital for the smooth distribution of goods and services that will enhance domestic and foreign trade and feed the nations social and economic growth.

In Cameroon, road transport accounts for nearly 92 percent of passenger traffic and 76 percent of freight/cargo (the other modes make up the rest-rail, air and sea).

Under the current Governmental structure, the responsibility for the conception, studies, construction and maintenance of roads falls within the Ministry of Public Works (MPW). The classified road network of Cameroun totals 52000km broken down into National, Departmental, Regional, other principal, and Rural Roads.

The Challenges Of Road Construction

It is impossible to discuss the challenges of road construction in isolation, because some, or all of them are intimately linked with the study, design, bidding and contract process. However, because of the time constraints, more time shall be devoted to practical examples.

In the early 1970s, the Government of Cameroon and the United States Agency for International Development (USAID) signed a landmark convention. USAID was to provide road construction equipment to the public works department, while the Government would provide manpower and finances for fuelling the equipment. The project was the reconstruction of the Kumba-Mamfe Road.

It may sound like a simple assignment, but for the first time, Cameroonian engineers were being asked to prove their mantle by designing, planning and constructing a road of close to 110km between Bebensi I on the Kumba-Mamfe road, and the roundabout in Mamfe town.

Our major challenges were in the training of equipment operators, mechanics, surveyors, drivers and soil mechanics technicians. In the field, we faced foundation problems both at bridge sites and in major earthworks. At peak, the workforce stood at 350 people.

Because of our limited resources, we decided to widen and expand the old single span German Bridges into two lanes. As work progressed, we were confronted with the problems of rock excavation by blasting. All we had was theoretical knowledge, that had to be transformed into practice.

Like all Engineers, we are professional practitioners who apply our scientific knowledge and ingenuity to develop solutions to technical and practical problems. Our actions were base on optimisation, that is, all technical and practical solution applied had to guarantee the longevity, stability and durability of the road infrastructure at a reasonable cost.

In February 1975, when the road was commissioned into service, it became possible for the first time since 1916, for traffic to move in opposite directions from Mamfe to Kumba. Before then, it was one-way traffic (vehicles travelled from Kumba to Mamfe one day and returned the next day).

Constructing a road through the virgin equatorial forest. Communication between Mundemba and Ekondo Titi was by boats or ferries, and the journey through the sea and creeks took 12 hours, with the attendant risk of accidents and deaths.

The assignment this time was to survey, design and construct a road for the first time to link these towns. There were no aerial photographs and no precision maps to guide us.

During the survey stages, we got lost several times because the foliage is so thick, the sun hardly penetrates. In executing this project, our critical path was deforestation. Unfortunately, road construction is not like timber harvesting where trees can be cut down. During construction, they have to be duck up from the roots, but they are clustered too close to one another, thus, preventing free movement of the bull-dozers.

The challenges were many including construction on swamps, but we submounted them and the road became a reality. The impact of this road on the social infrastructure has been immense (education, health, water, electricity) have been made available to some localities thanks to the road.

When commissioned into service, the journey time between these two towns was cut down from 12 hours to 1 hour 30minutes. In hindsight, it is impossible to imagine how the Government could have handled the Bakassi crisis without the existence of this road, the fruits of Cameroonian engineers.

The 80s were a period of the road construction boom in Cameroon.  The parallel construction of the Douala – Bafoussam, and Douala – Yaoundé Highways; the Bamenda – Bafoussam road; Belabo – Bertoua; Maroua – Mokolo; Bangante – Bafang; and the Sangmelima Ring Roads brought their own challenges.

On the Douala – Yaoundé Road, (Dibamba – Edea site), a contractor proposed the use of explosives for swamp blasting.  Upon verification we found the following:

Our textbook research showed that the method had been used in the Michigan lake district of the USA, in habour work in Scandinavia and on German Highway projects (there was no internet then).

We also found out that the project monitoring in the countries cited above where the method of blasting was used indicated uneven surface settlements which were traced to individual pockets of undisplaced mud.  The risk of the formation of such pockets was considerable since the force of the explosive does not appear to be distributed uniformly.

It was concluded that blasting does not represent a fully reliable foundation embankment construction procedure (if accepted it would have increased construction cost for that lot alone by 1670 million francs and left behind a permanent maintenance cost together with higher vehicle operating cost for the road users.

The solution proposed and retained was the use of sand drains to increase the shearing strength and accelerate the consolidation of the deep natural bed of soft clay, or by overloading the swamp to accelerate the rate of settlement.

The disturbance of the structure of soils by road construction equipment can provoke instability and lead to landslides.  In Matomb on the Douala – Yaoundé Highway, it led to the collapse of an entire hillside after construction.  The solution applied was improved drainage of the terracing and the cut surroundings.  Terracing was limited to heights not more than five meters with cutoff drains above them.

However, the disturbance of a hillside on the Bamenda – Bafoussam road, about 12 kilometres from Bamenda town roundabout has remained an unresolved nightmare.  The probability of a landslide closing or cutting off the road entirely are high.  Perhaps a complete diversion may provide a better solution.

On the Bana Hill (Bangante – Bafang road), we were faced with the dilemma of how to construct a 20 meters high fill on a hillside that sloped into a ravine.  If we adopted a 1:1:5 fill slope, the fill would start 30 meters from the centerline of the road and this was impossible.  Our challenge involved finding a solution to this problem, by not destabilizing the hill.

We brainstormed with the contractor and came up with the construction of a viaduct and an underpass.  Time has vindicated the solution, which brought durability, stability and a guaranteed life span to the earthworks.

The escalating cost of road construction has remained unresolved for the following reasons:

Finally, this article cannot be concluded without the request for the administration to train engineers as chartered surveyor quantities so that they can master measurement of volumes of work and prices, and apply them during the analysis of bid offers.

Of capital, importance is the need to draw up the standardization of construction norms, based on the available local materials, and their performance under our geographical conditions.

Visualising success helps us achieve it because the visions of the future have the power to change the present.  Today Cameroon has come close to achieving a reliable and modern road infrastructure, thanks to the strategically planned transportation network.  These are the essential tools for continuous economic growth.

Issues At Stake: When The Post Sounds The Silver Jubilee Tambourines