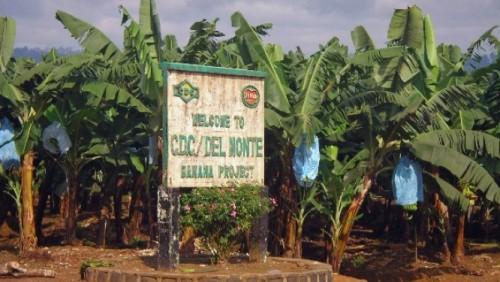 General Manager of the Cameroon Development Cooperation, CDC, and his team has stated that the Management of the industrial giant is open to dialogue with workers who have grievances. This was after CDC’s management talked with some disgruntled workers who were gunning for a strike. At the end of the meeting, the workers agreed to resume work and rejuvenate the CDC for better days.

This came after two letters serving as a strike notice from a group identified as “Coalition of Workers” surfaced on social media, addressed to the Governor of the Southwest Region and the GM of CDC, were brought to the attention of the CDC’s management.

In a press release, the CDC GM recalled that, “on 27 April 2022, the attention of the Management of Cameroon Development Corporation (CDC) was drawn to two letters, one addressed to the Governor, South West Region and the other to the General Manager of CDC, that were floating on social media platforms from “Coalition of Workers” bearing notification of a strike action if nothing is done to pay accrued wages/salaries by 15th May 2022.

Though outlining that there is no group among CDC workers recognised as “Coalition of Workers”, CDC’s management says it has maintained a policy of a dialogue culture with every disgruntled worker who is part of CDC, and as such, called on the agitating workers to voice out their problems and demands.

CDC’s management maintained that whether recognised or not, any group of persons working with the CDC will always be listened to, for the betterment of things at the agricultural giant. Acknowledging the hardships that have come as a result of the Anglophone Crisis, CDC management noted that work has to resume for the CDC to be able to produce, sell and pay its workers who are at the centre of everything.

In its press release, the CDC says even after establishing that no group officially exists as “Coalition of Workers” and that none of the nine persons who wrote and signed the letters are elected Staff Representatives, they made efforts to reach out to them.

“Six out of the nine signatories were identified as CDC workers and thus invited for a meeting in the General Manager’s Office on Friday April 29th 2022 in the presence of the Director of Human Resources and the Industrial Relations Officer. Only four out of the six workers responded to the invitation.

“Management understood that workers were expressing their frustrations due to the irregular payment of wages/salaries for the past 27 months. The GM informed the workers that Management is exploiting all avenues to ensure that salaries are paid regularly, emphasizing that it is absolutely necessary for workers to return to work for the Corporation to produce, sell and generate revenue necessary to salvage the present predicament. He further explained that Management is also concerned about workers security on the plantations.”

The press release disclosed that after the meeting, the workers left satisfied, “promising to communicate the message to their colleagues to exercise patience and get back to work. They also promised to call off the intended strike”, the release stated.