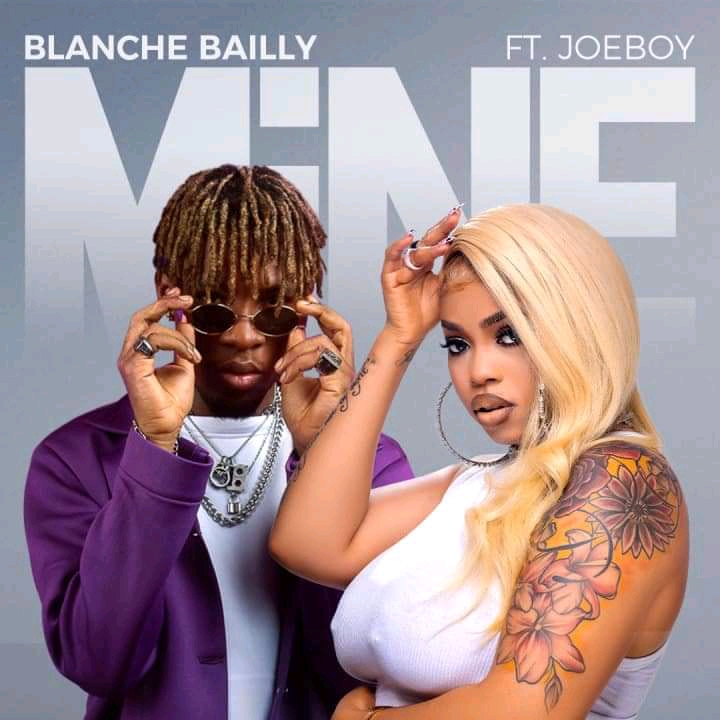 Blanche Bailly’s new song, “Mine”, featuring  Nigerian Star, Joeboy, yet to be released officially on February 25 has received a lot of negative vibes from fans because the Nigerian Singer has not shared on any of his social media accounts.

Some are saying that Joeboy, with over two million followers on Instagram, is “stingy” and does not want to share his fan base with Blanche Bailly who is most popular only in the Cemac zone.

However, since the release on Boomplay, an audio streaming and music download app, Blanche, in all her social media platforms, has been busy promoting the song by encouraging fans to listen and share.

According to Randy Kimbi, CEO of Kimbi Blog, Joeboy not posting the song might be because of the contract he signed with Bailly before producing it.

He said Joeboy posts only videos online, adding that he does not have a contract with Boomplay to promote audio.

To him, three types of music contracts exist, which are the vocal, vocal and appear, vocal, video and appear.  “Popularising the song has its own cost,” Randy Kimbi said, “the song will officially be launched on January 25”.

Kimbi’s views were equally corroborated by Nvicho Boris of E Kwat TV blog. To him, Joeboy might not have posted the song because of the contract he signed with Blanche Baily and that the conclusion will be made on February 25.

However, the song has received some positive vibes too from musicians like Cameroonian Icon, Stanley Enow, aka Kingkong. Other social media influencers are also posting audio excerpts making videos of it on TikTok, Facebook and Instagram.

As of now, anybody can listen to the song #Mine on Boomplay. https://www.boomplay.com/share/music/83449426?srModel=COPYLINK&srList=IOS