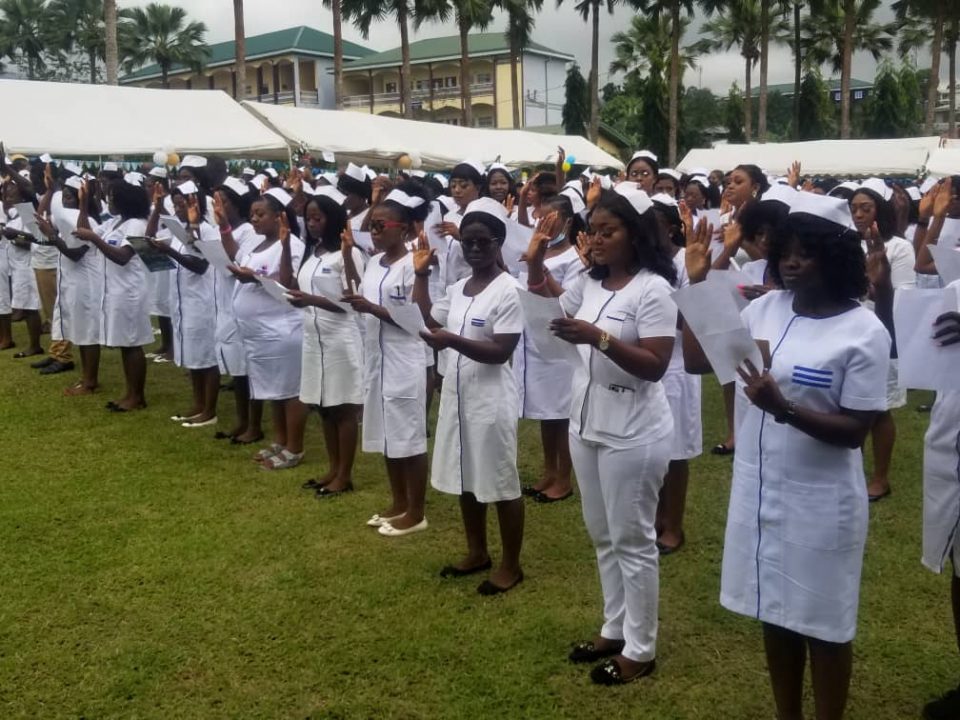 Biaka University Institute of Buea, BUIB’s 694 graduates, have been tasked by the institution’s Vice Chancellor and Proprietor, Dr Francisca Hongla Biaka, to serve humanity and uphold the institute’s reputation.

During BUIB’s 21st convocation ceremony, held on November 12, 651 students graduated from the school of Health Sciences and 43 from Management Sciences.

Exhorting the graduates, Dr Francisca Biaka said: “They should keep the flag; those nursing students who have already been trained properly. My message to them is to serve humanity and respect the COVID-19 measures.

“The management students have been trained to be good managers, good leaders, and they should just show the world that they learned in BUIB. They can actually put it in practice because the kind of training we do here is like learning on Friday and using it on Monday.”

Among those who attended the occasion was University of Buea’s Vice-Chancellor, Prof Horace Ngomo Manga, who represented the Minister of Higher Education.

He hailed BUIB for being one of the “flag institutions” of private higher education, stating “it is an example of success of which private education should be.”

Beckoning on the Higher Education Ministry to reinforce support for the institute, Prof Horace Ngomo congratulated BUIB students for a “successful academic year without any problems, which means they have stood up to the challenges of COVID-19 and that the quality has not been dappled by that. And, they have added their own contributions to the development of the country by training they have offered the students, which is not easy to do.”

He added that the students should put into practice what they learned “for the improvement of the country”.

Stating, in his valedictory speech, that BUIB “has become home far away from home,” Nkamgwa said the institute “has made this chapter of our lives very colourful and unique. We have learnt a lot in terms of academics and morals, as well as from our friends who came from different parts of the country and Africa”.

He told his fellow graduates: “The battle has just begun,” adding that, “we must also defend the degree that has been awarded to us and aim for even more and higher qualifications through continuous professional development programmes”.

Exhorting the graduates in a keynote address, ICT guru, Dr Emmanuel Tita Sama, said they should adopt the right attitude during job-seeking.

The students who graduated studied amid two major crises: the Anglophone Crisis and the COVID-19 pandemic.

“It has been difficult; they are times that we felt like giving up. There were times that, it was really challenging, but we thank God because, at the end of the day, we are graduating and we are very happy,” said Claudia Chou, a graduate of the Midwifery Department.

Since its creation in 1998 as a medical higher learning institute, BUIB has maneuvered through challenges to emerge as one of the leading private medical training institutions in Cameroon, attracting scores of students from neighbouring Nigeria and other African countries each year.