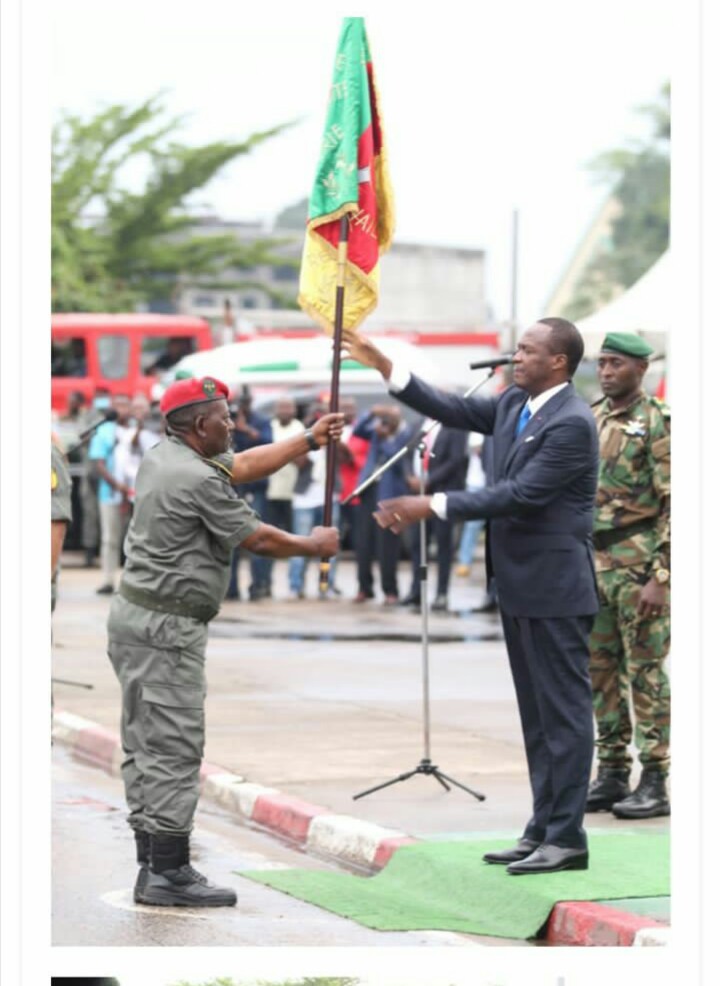 The Minister Delegate in Charge of Defence at the Presidency of the Republic, Joseph Beti Assomo, has said he is embarrassed that Separatist fighters are operating freely in Bamenda, Northwest Regional headquarters.

The Minister was in Bamenda on Tuesday, July 19, to install the newly appointed military officials: the Commander of the 5th Military Regions of Northwest and West, Brigadier General Bouba Dobekreo, and General Hosseini Djibo in charge of Gendarmerie.

In his installation speech, Beti Assomo said: “It is indeed disturbing and disconcerting that certain armed groups operate freely within certain operations in an attitude of complacency or even sometimes of providing complexity. We salute a collaboration of civilian compatriots who, despite the dangers, provide the defence and security forces with valuable information, conduct and very intelligent services.”

The Minister left no one in doubt, as he was referring to separatist fighters. He called on the newly installed military officials to ensure territorial boundaries are protected. While admonishing junior staff to respect hierarchy, he told the bosses to treat junior staff with fairness.

In his installation speech, the Minister charged the new commanders to be ready in all aspects.

”You must be ready in your professional life and service to the State and devote yourself immediately and fully with methods, vigour, commitment, and conscious concern for republican legality in order to carry out the missions you have been assigned to,” the Minister told the newly appointed military officials.

”You have the assignment of maintaining and mobilising of the troops. Equally avoid intoxication and misinformation likely to introduce indiscipline or affect the morale of the troops,” the Minister said.

To the troops in the Northwest Region, Minister Beti Assomo equally addressed the troops in the Northwest Region, telling them to always obey instructions from hierarchy. ”I will also like to tell the troops that they should only receive instructions from their hierarchy and not from the social media or modern communication tools that sometimes spread curious and strange messages and all types of inappropriate calls to our army.

”Remain disciplined as you have been till now. Avoid considering military operations as spectacle grounds where films and videos are shot. I will like to ask all the chiefs of these troops to closely watch the usage of tools for capturing of images of our military activities.

“These images can sometimes bring us prejudice and difficulties with some viewers. You have to remind your men that our army is not a militia. It is an army and its principal force is and has always been to remain disciplined. You must work to judiciously understand your new socio-economic and security environment mainly characterised by the porosity of our frontiers where traffics of all types and mischievous activities of armed groups exist,” Minister Beti Assomo said.

Addressing Brigadier General Bouba Dobecreo, who was transferred from the Multi-national Joint Task Force fighting Boko Haram insurgents in the Far North Region, the Minister instructed him to ensure the peace and security of people and property in the West and Northwest Regions, his area of command.

”Your past experience states that you were competent in the fight against Boko Haram. This contributes a high motive for the hope of the success of your mission and you are fully up to the task for this new responsibility”.

Issues At Stake: The Police As Agents Of Barbaric Repression