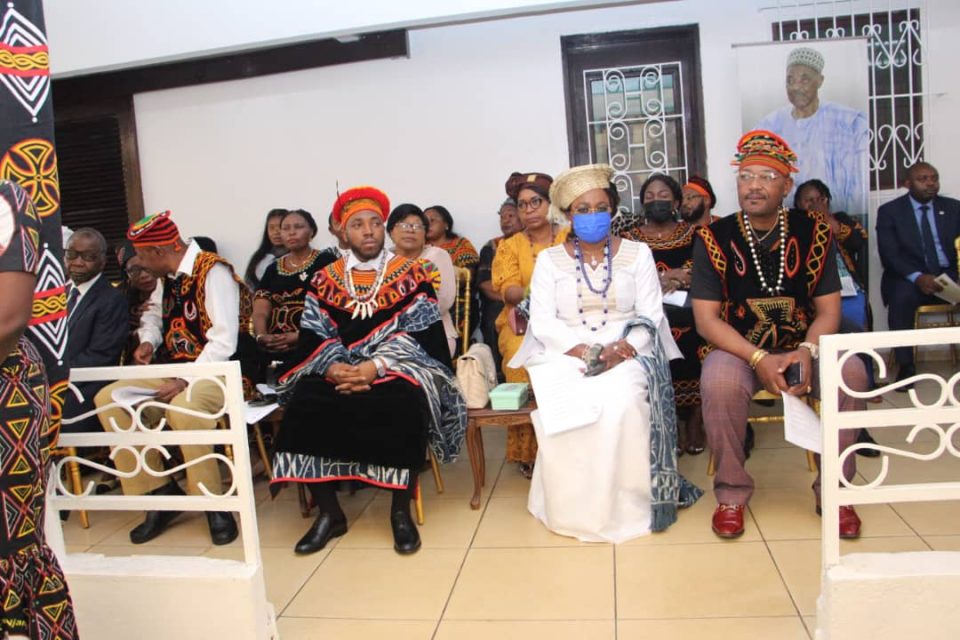 A foundation to honour former Prime Minister, late Rt. Hon. Simon Achidi Achu, has been launched to help the physically challenged and needy, among others.

The launching took place in Yaounde on July 9 as the family, friends and colleagues of the late stateman commemorated his first memorial service.

Presenting the Foundation to the public, Jude Achu said besides helping, service and leadership to the needy and the physically challenged as the top priority, the foundation will also promote education and excellence through scholarship schemes.

In addition, the fight against poverty and rural exodus, through agriculture, will also be on the centre stage while the promotion of culture and traditional values as a catalyst to peace and unity will be one of the aims.

Speaking during the official launching ceremony, the chairperson of the Foundations, Judith Yah Sunday Achidi, wife of the late PM, said the foundation will represent the legacy and will continue the good works of the former Prime Minister.

“We want to thank God for the life of our hero, Simon Achidi Achu, and we want to make sure that he is not forgotten. We must ensure that his legacy lives on. The Foundation will also honour the memory of our hero, a state man who worked tirelessly for peace,” Judith Yah Sunday said.

“Simon Achidi Achu constantly made efforts to succeed and he always had the right attitude. I praise him for making great efforts all the time. This foundation will materialise all the things he did and what he was unable to do,” Philemon Yang said.

Testimonies from Minister Issa Tchiroma Bakary, Chief Senator Tabentoh and others showed how late Achidi Achu impacted lives. “Let us tell our boys, let the boys drop their arms and join in working toward immortalising Pa Achidi who did not spear a moment in preaching for peace,” Chief Senator Tahentoh said.

Earlier on, the Pastor of Presbyterian Church Bastos in his sermon described the late Achidi Achu as a man who still lives given that heroes don’t die. He said, “Achidi was a man of his kind, specie and father with great fatherly disposition who served his fatherland with extension and humanity with humility. True politics is based on confidence in building a society for all. Pa understood that life without discipline is a life without dignity.”

Late Simon Achidi Achu is one of the Cameroonians who have served the State in the Judiciary, Executive and Legislative arms of government. He served as the Prime Minister of Cameroon from 1992-1996. He also passed through the Presidency of the Republic. Before his death, he was a member of the Constitutional Committee at the Senate and also a political bureau of the ruling Cameroon People Democratic Movement, CPDM party.

Issues At Stake: When The Post Sounds The Silver Jubilee Tambourines

Antonio Conceicao–FEACFOOT Case To Be Tabled Before Players’ Status Committee