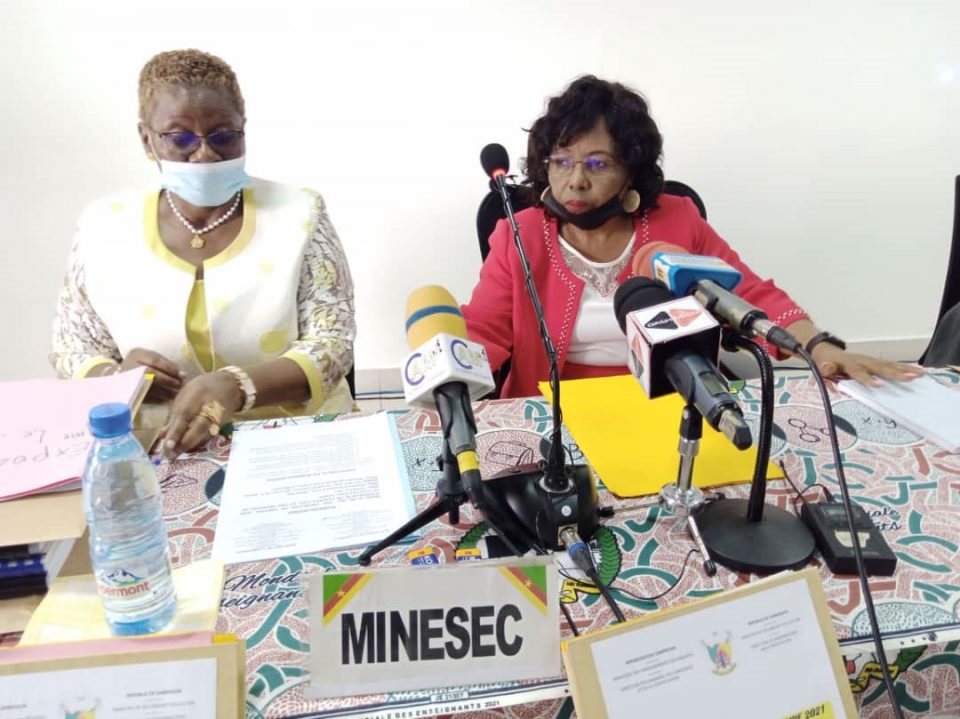 Authorities in the Ministry of Secondary Education, MINESEC, say, in order to facilitate and modernise the issuance of secondary education certificates, issuance will go digital.

The information was released on October 13 in Yaounde during a working session that was aimed at finding a solution to the non-collection of certificates as well as improve issuance of end-of-course certificates in the country.

Chaired by Minister Pauline Nalova Lyonga, the meeting, held virtually, brought together principals, Divisional and Regional delegates, pedagogic inspectors and various stakeholders in the examination organisation chain, which were joined by close collaborators as well as officials of the decentralised services of the Ministerial Department.

The decision to digitalise the issuance came on the heels of revelations that over 650,000 end-of-course certificates are lying in schools, Divisional and Regional Delegations, pending collection.

Fidelis Akat Etta, Inspector General at MINESEC said, faced with the problem of storage and refusal to collect these certificates from schools and other structures, the Ministry thought it wise to look for ways to solve the problems.

“Measures will be taken to force them to collect so that they don’t create the problem of storage in schools and delegations. Following our discussions, digitalisation is on, in process and efforts are being made to have a data base such that once you passed your exams, you can come and get your certificate,” Akat Etta said.

He pointed that, “It all start with the school map which is being updated and digitalised. Each student will have a unique registration number and this number will take him or her through his or her school course. Wherever he goes, he will have the same number and when it comes to tracking the certificate, it will be very easy.”

On her part, Dr. Madeleine Shewa, Director of Examinations and Competitions and Certification, DECC, said not less than 655,008 diplomas in stores indicating a 35.7 percent withdrawal rate. At the Cameroon Baccalaureate Office, OBC some 869,124 are overdue as well as at the GCE Board.

Shortly after the meeting, some inhabitants along the streets of Yaounde appreciated the move indicating that the digitalisation will help to solve many problems including the fact that there have been a lot of fake certificates circulating in the country.

To Mercy Tila, a trader, “there are so many fake certificates circulating and I think this will help to address this issue. I want to thank the Minister for conceiving this initiative because it will help children where ever they are to withdraw their certificates at anytime and anywhere.”

“I am happy with the fact that the Minister of Secondary Education has thought it wise to digitalise the issuance of certificates. It is true that many students especially in the Northwest and Southwest regions can go to collect their certificates but this initiative will help to solve many of these problems,” Elvis Tatah, a student, said.

Besides helping to permanently resolve delays in issuing certificates to persons who want to further their studies abroad, the process will also facilitate storage and enhance the credibility of certificates.