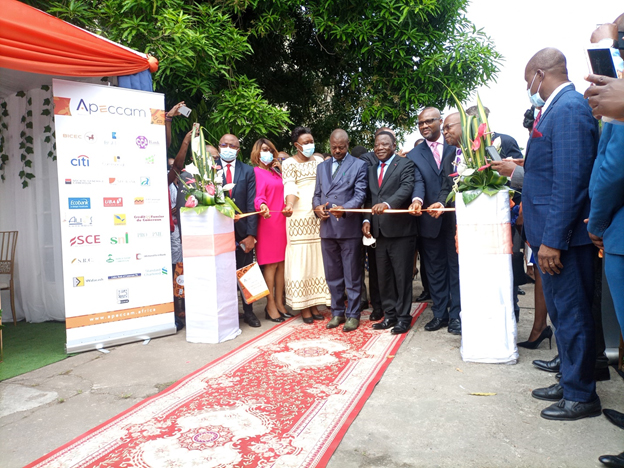 The Word Bank, in its 2017 financial index, reported that, in Cameroon, only 35 percent of adults had a bank account.

This lower percentage, it furthers, owes to several barriers that hinder women’s financial and digital inclusion among which are the cost of accessing the internet, which remains high; insufficient proximity of financial institutions; the lack of financial education and digital skills of the least educated segments of the population and limited possession of identity documents by rural Cameroonians, among others.

Since then, only a little has improved so far.

The mentioned factors are not only affecting women but both as well as the Cameroon economy.

It is for those reasons and more that the Professional Association of Credit Institutions in Cameroon, Apeccam, organised what it called the bank week.

Starting from Douala to Yaounde and back to Douala, it was aimed at creating public awareness on the usage of the banks in Cameroon.

According to the President of Apeccam, Alphonse Nafack, who is also Director-General of Afriland First Bank, the role of banks in Cameroon is very crucial for the development of the economy.

“The development of the country cannot be done without the banks, it is important to know that,” he stated, adding that the banks are there to improve the welfare of the common man.

“We have been doing our job and now I think it is time we tell all Cameroonians the importance of the banks in this country,” Apeccam’s President furthered.

Rounding off in Douala, the bank week held under the patronage of the Cameroon Minister of Finance, Louise Paul Motaze.

Chaired by the Representative of the Littoral Governor, Simplice Kengne, who is the Inspector General at the littoral Governor’s office, he appreciated the role banks are playing in Cameroon and lauded Apeccam for engaging the population in banking.

Holding under the theme, “Development challenges faced by banks in Cameroon,” the various experts in various banks had a round table discussion on how to better extend the services to the population.

That was done with the vision of the association which is to suggest proposals to the public authorities on how to equip Cameroon with a modern banking system, accompanying the country in its aspirations to emerge by 2035.

Apeccam, comprised of 16 commercial banks, equally ended the week with a bank fair whereby the different financial institutions exhibited the products to the public.