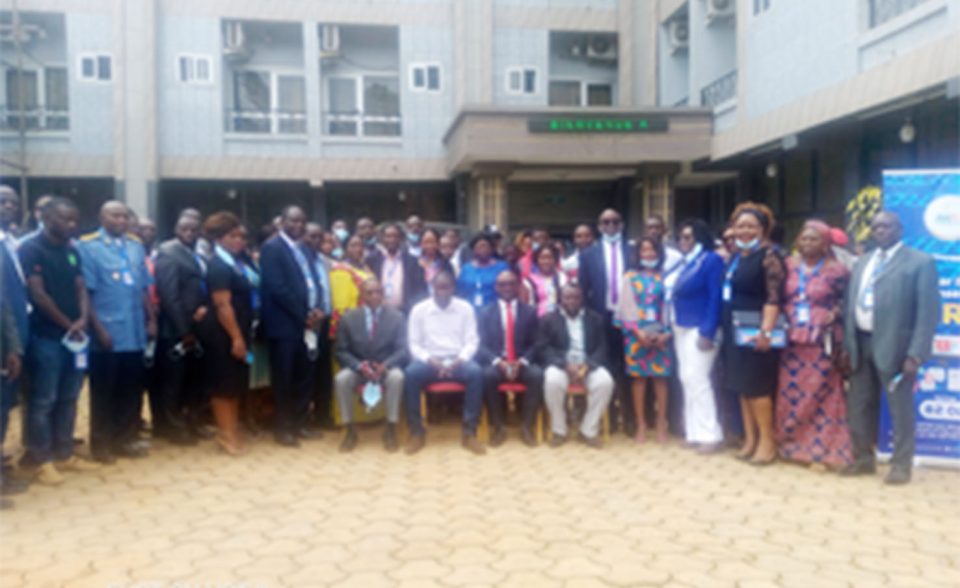 Some ICT teachers in Bamenda, Northwest Region, were recently trained on ways to fight cybercrime and cyber insecurity in the Region.

The three-day training seminar on cybersecurity and the fight against cybercrime, was organised in Bamenda by the National Agency for Information and Communication Technologies (ANTIC).

It held under the theme “Teachers, vectors of cybersecurity best practices for an enlightened youth.”

The seminar was meant to train students on ways to combat cyber crime and cyber insecurity, but ANTIC decided to train ICT Teachers who can easily get to the students and other teachers.

The training, according to ANTIC, was holding against the backdrop of the  socio-political insecurity in the Region which has led to increased scamming, extortions, kidnappings, examination malpractices.

Owing to that, ANTIC decided to educate teachers and students who are prime targets in the Region and the population as a whole.

The pedagogues were drilled on online teaching, forensic investigations, some common cybercrimes and penalties, cybercrime, cyberspace and cybersecurity, data protection, practical applications and measures of cybersecurity, among others.

Landry Ngwang Yufenyuy, the ANTIC Regional Branch Manager for the Northwest Region, said teachers who are prime targets of kidnappings and more, should be educated on how to use the Internet responsibly and preserve their personal information from unauthorised personnel, so that it cannot be hacked and used against them.

While urging ICT teachers to educate their students, he said the Government is taking cybercrime and cyberspace very serious and is working in collaboration with ANTIC and its agents.

She called on teachers to use the Internet responsibly to avoid scams and kidnappings.

“Schools with information on systems should equally protect such systems,” she stressed.

To her, teachers should protect login passwords, bank account numbers, passport numbers, drivers licence, among others.

Through the ANTIC campaign, it was revealed that many teachers complained of their information being hacked and used against them.

Landry Ngwang, Forensic Audit and Investigations/CBM International,  said: “with the alarming rate of cybercrime in the Northwest Region, teachers, especially, need to use more sophisticated cybersecurity.”

He hoped that teachers who attended had been well drilled and filled with enough knowledge to enforce cyber security and therefore educate and enlighten their students for responsible use of the internet, and a better future.

People having difficulties using the internet or need assistance can get to ANTIC through their toll-free number 8202, www.ANTIC.com or get to the Regional Branch Office at Up Station, Bamenda.