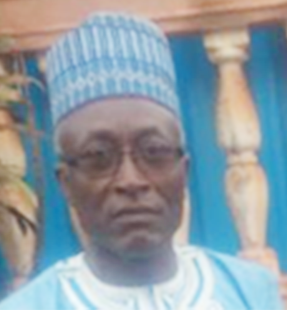 The history of Cameroon teaches us that before the arrival of Europeans, the communities who lived in the territory which is occupied by the Cameroonian nation, lived in peace and perfect social and economic harmony, apart from a few small disputing village’s borders which always worked out through inter-community marriages.

The first historical allusion to the Cameroonian coast is found in the narrative called Hannon’s trip, in a much-discussed Greek text which records that in the 5th Century BC., this Carthaginian reached Mount Cameroon, which he called the Chariot of the Gods.

From 1984, the elites of the English-speaking regions began to contest this return to the name of the Republic of Cameroon, which designated the eastern part of the country until October 1961.

These protests would be the trigger for what is now called the Anglophone Problem in Cameroon.

It is after the withdrawal of the adjective “United” that the country will experience strong disputes which will lead to the birth of the Southern Cameroon National Council (SCNC) which will demand respect for the Foumban Agreements in 1961 which stipulated the equitable and non-alienable sharing of power between eastern Cameroon and western Cameroon [2].

Since the beginning of this crisis, much ink and much blood have been spilt. Nevertheless, Cameroon is a united and indivisible country from a sociological, linguistic and anthropological point of view. The peoples of the Southwest are none other than the Sawa and Bamiléke peoples, just as the peoples of the Northwest, are none other than the Bamileke and Tikar peoples of Adamaoua. The solution to this crisis is neither military nor political. It must go through a real reconciliation, forgiveness with the repair of what set off the powder, the name of the country.

An African proverb says: “Do not look where you have fallen, but where you have slipped.” This communication aims to launch a public debate on the change of Cameroon’s name for the reconciliation of its sons and daughters in order to benefit from the blessing that God has promised them. Several names are thus proposed to all the populations of our country to generate a constructive fraternal debate.

The name was a symbolic and political resource in the process of building an independent state.

F. Giraut (2016), affirmed on this subject that; “The massive neotoponymy which characterised in the second half of the 20th  Century the creation of the postcolonial African States resulting from independence is, therefore, interpreted as both a rejection and a purification of European or African appellations but imposed within the framework of an external order, and as the affirmation of a new order based on a certain virtuous pre-colonial tradition to which certain selected or constructed appellations refer.”

In Cameroon, the neotoponymy concerned a few towns whose names have been changed: Victoria – Limbé, Fort-Fourreau – Kousseri. Only the locality of Lolodorf keeps its colonial name. Cameroon is one of the few countries in Africa whose name comes from an animal name (crustacean), with Mali meaning (Hippopotamus) in the Malinké language. If our national football team went by the name “Golden Shrimp”, it is not certain that it got all the glory it has by calling itself “Indomitable Lions”.

On the African continent, eight countries have names derived from the names of rivers or lakes (Congo, Congo DR, Gambia, Niger, Nigeria, Tanzania, Chad, and Zambia). An African country is named after a mountain (Kenya).

In addition, the names of some countries such as Czechoslovakia, Tanzania (Tanganyika- Zanzibar), Bosnia and Herzegovina are names made up of names from the main regions of the country.

The proposed name changes are as follows:

Our country could bear this name because of the place that the Sanaga, the longest river in Cameroon, occupies in the development of all regions of Cameroon.

From a historical point of view: according to certain sources and corroborating testimonies, the German explorer, Gustav Nachtigal, meeting a man on the banks of the Mbam River, asked him the name. Not understanding the language of his interlocutor (German), he replied in Tuki: “ossaá zú, nangá zú”, which means: “here is the river, and here is the house (“nangá” can also mean: Village as in the expression “Ngué-ndamu na nangá” which means “I’m going to the village (home)” and has the synonym “Yendjè”)”. The German noted: “ossā-nangá (NB: the correct expression is ‘ossā wa nangá” (the river of the house (of the village); but an elision of the “wa”  turned it into “ossā-nangá” (river-of-the-house) which was transformed into “Ossānanga” then by “Sānanga” and “sananga” simply under French domination. This means by extension “those who live along the Sanaga River and the Mbam, his tributary”[4].

The FAKO is the highest point at 4095 m of Mount Cameroon, a volcanic crater also called Manga-ma-Loba, Mongo-ma-Loba, Mungo-ma-Loba or Mongo-ma-Lobo in Bakweri which means in French “mountain of thunder”.

Mount Cameroon is West Africa’s most active volcano with nine eruptions during the 20th Century. One of its eruptions was reportedly observed by the Carthaginian explorer and General Hanno, then sailing along the western coasts of Africa in the 5th Century BC. AD Hanno baptised the mount “Chariot of the Gods”. The Fako is, therefore, the first symbol of our country observed before the shrimps of the mouth of the Wouri. Despite the multiple eruptions of the Fako, no human victim has ever been recorded apart from the destruction of villages and crops.

The rainfall on its flanks is among the highest in the world with a record of 14,655 millimetres in Debunscha. From an altitude of 3,000 meters due to a temperature inversion that blocks the clouds below this altitude, the rains give way to snow [5].

3) Combinations of FAKO and Sanaga:

Our country could have a name meaning “Country of PEACE” in three syllables in one of our national languages, because, you have given it this peace, without which nothing can be done. Cameroon has so far spared the horror scenes that we see all over the world (Africa, Central America, the Middle East …), the situation in Northwest and Southwest has lasted too long, it is time to put an end to it by a name change. A name of peace, for example, it would be Nlamvoye or Ndavoye in Bulu, Ndebene or Gonbene in Nguemba, Houro Deidé in Foulbé, etc.

Among the people of the West, when a child is born and has a lot of problems afterwards, one of the solutions is to change his name.

The debate is launched, that each son and daughter of this country wonders, if in 1984 the country took one of these names, would we have had the right to this useless fratricidal war?

Notable Soh Gaptegh Be Gouon (Prince Adviser of the People)

Head of the Unit of Social Changes, Scientific And Technological Progress, MINEPAT