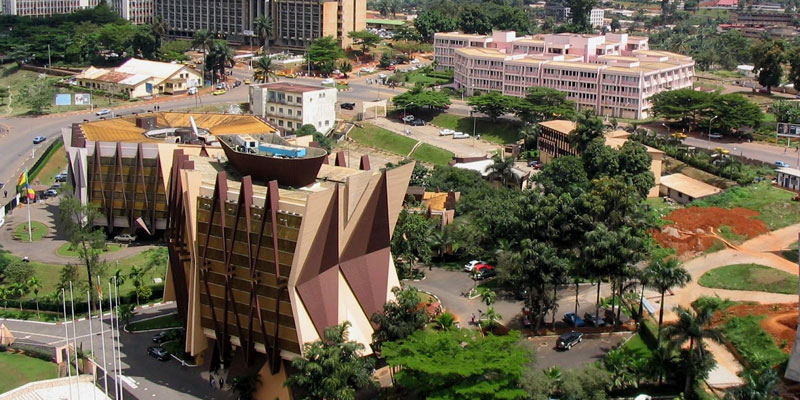 A State agent working at the mails service of the Secretariat General of the Prime Minister’s Office, one Alfred Ndi Ananga alias “l’homme des relations”, has reportedly been unmasked as author of denunciations and blackmail to the Presidency of the Republic and high quarters of the State security.

It is alleged that he links perceived enemies and innocent persons to activities of Ambazonia or Separatist groups operating in the Southwest and Northwest Regions, thus causing their undue arrests and detentions.

Some elite of the Esimbi community of Menchum Division, Northwest Region, resident in Yaounde from where Ananga hails, have for many years reportedly been suffering due to the false denunciations, blackmail, intimidation and frame-ups orchestrated by the accused.

According to a complaint dated February 23, 2021, endorsed by the President General of the Esimbi Community in Yaounde, Fon Ihimbru Alexander Kum, and addressed to the Delegate General of National Security, a copy of which The Post procured, Ananga is chided for unjustly terrorising Esimbi elite and other state workers with whom he has misunderstandings.

Ananga, who the complainants disclosed had changed his name for malicious reasons, notes that “he (Ananga) is fun of imagining, creating, master-minding unfounded and very damaging and destructive allegations in written petitions and complaints against  those who matter in our community and beyond.”

The Post gathered that the complaint of the Esimbi community was written in the wake of arrest and detention for two weeks of some Esimbi elite at the Yaounde Central National Gendarmerie Brigade on false accusation of conspiracy with Ambazonia separatists against State safety and security in the Anglophone regions. Some of the elite were picked up for detention on accusations that they imported separatists to come and destabilise Yaounde.

When The Post, over the weekend, accosted some of the victims, Karana Joel Kana and David Oteh Kudi, they narrated their ordeals following their encounters with the said Ananga. Kana talked of how he is constantly under imprisonment threats and even physical elimination. He disclosed that Ananga had sent messages through emissaries promising to teach him a similar lesson he taught some of his Esimbi brothers on whom Ananga inflicted pains by causing their arrest and detention.

Kana recounted that, last April 26, 2022, he was attacked and wounded in an assassination attempt by Ananga at the Essos neighbourhood in Yaounde. He said he was hit with a stone from behind, pushed to the ground and deeply beaten by his aggressor and was only saved by motorcycle riders and other spectators who were alerted by the violence.

He said the attack was prompted by the fact that he (Kana) directed Ananga’s home to a bailiff to serve him a summons from the Judicial Police headquarters in Yaounde. Kana stated that his life is permanently at risk going by the threats from Ananga.

On his part, David Oteh Kudi, who is Deputy Mayor of the Benakuma Council and the CPDM Section President for Menchum III, said Ananga and the group have caused untold havoc, mayhem, inflicting pain on innocent Esimbi people in Yaounde and other peace-loving Cameroonians.

Brandishing a complaint of April 18, 2022, which he wrote against Ananga to the Director of the Judicial Police in Yaounde, Oteh said apart from the Esimbi people, other high ranking state personnel have been victims of hundreds of unjustified denunciations of Ananga and a group of persons who write for him.

“As I write this complaint, there are innocent people suffering detention in cells while others have been dragged to various courts across the country through the unjustified denunciations of Ndi Ananga and his gang,” Oteh had told the Police Chief.

“…He keeps writing against and implicating poor and patriotic peace-loving Esimbi people in Yaounde causing them to suffer long and painful detentions in cells across the city, just for the simple reasons that he has connections and enjoys being worshipped. Failure to recognise his greatness and adore him puts you at the risk of being denounced for acts of terrorism at the highest security levels of the country by Ananga,” Oteh stated in the complaint.

On where the problem between him and Ananga is stemming from, Oteh disclosed that they have been very good friends and suspects that the problem probably cropped up when he (Oteh) refused to be part of the group that Ananga uses for influence peddling through calls to perceived enemies and other innocent Cameroonians from fixed phones at the Prime Minister’s Office. He said they call to intimidate, blackmail, victimise, or frame up people over unjustifiable claims that the victims have links with separatists’ activities in the Northwest and Southwest Regions.

Oteh who cited many examples said, “Ananga directly or indirectly supports terrorists of the Menchum Valley Subdivision in their deadly quest to destabilise Cameroon.” In one of such examples, he disclosed that, “in 2018, some of Ananga’s relatives hoisted the Ambazonia flag in one of the villages in our subdivision. They were arrested by elements of the National Gendarmerie and put under detention for further prosecution.

“When the information reached him, Ndi Ananga Alfred used state’s fixed telephone of his service to call and intimidate the Gendarmerie officials, asking for the immediate release of the criminals. Of course for a call from the Prime Minister’s Office and for fear of the unknown, these terrorists were released and went unpunished. Is this not support to terrorism?” Oteh rhetorically questioned in his complaint.

Oteh narrated a story of how 17 other sons and daughters of Esimbi were summoned on a single day to appear at the headquarters of the General Delegation of National Security due to the unfounded, dangerous, and damaging denunciations. He said, after interrogations and investigations, the Delegate General dismissed the matter and asked them to go home. But strangely, and as if to say the Delegate General was incompetent, Ananga reportedly denounced part of the group to another lower service of the security outfit. The matter was again examined, disqualified and the victims freed.

On how the claims against Ananga can be justified, Oteh said he knows many of his (Ananga’s) victims and cited Justice Julius Ajiri of the Bamenda High Court; Magistrate Melinga of the Dschang High Court; Police Commissioner Fondjo of Foumbot; Police Inspectors Zaccheus Kum of DGSN Yaounde and Fidelis Embolo of Bali; former Mayor of Benakuma Council, Dr. Elias Num; and the Secretary General of the Fundong Council, Andrew Unji.

Others include Yaounde-based business persons, Stephen Kum Ihimbru and Hamlet Ihims Kudi; the Menchum III CPDM Section Vice President, Felix Kudi Unji; the Divisional Officer of Menchum Valley Subdivision, Foncha Azise; the Military Commander of Menchum Division, Dosuwe; and Menchum III CPDM Section President and Deputy Mayor of Benakuma Council, David Oteh Kudi, the 17 other sons and daughters of Esimbi summoned on a single day at the General Delegation of National Security in Yaounde; amongst many other victims unknown to him.

As we went to press, information filtered that the said Ananga is now being actively hunted by security services of the State of Cameroon, following a search warrant issued by the officials of the judicial police headquarters in Yaounde. He is reportedly accused of beatings, inflicting injuries and assignation attempt on a fellow Cameroonian.