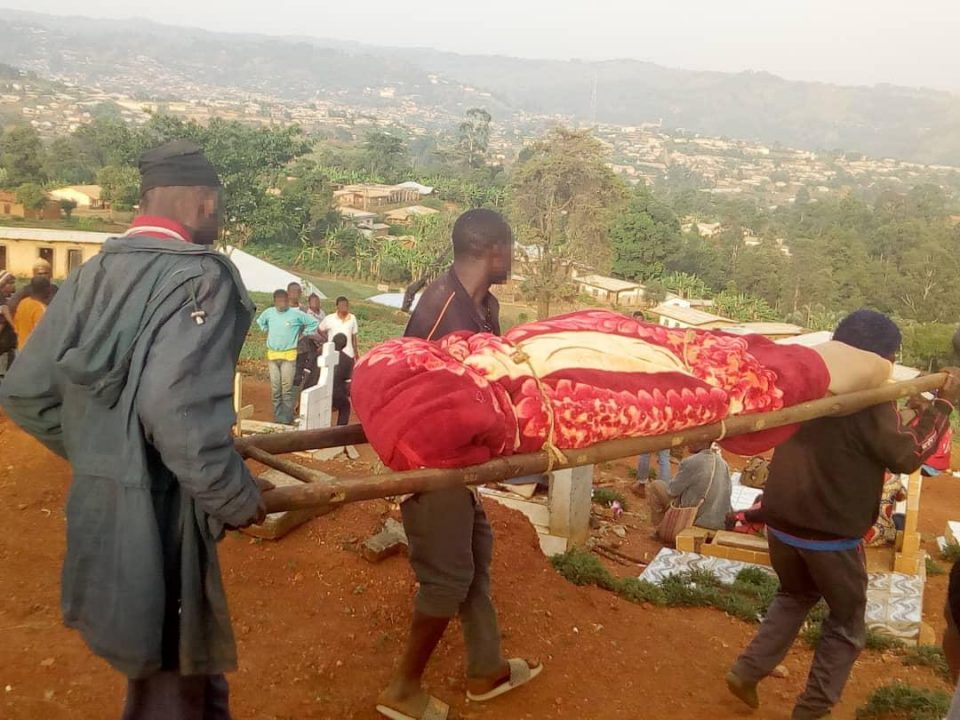 On a Friday morning at around 7.00am, a family living in one of the neighbourhoods in Yaounde, had just lost their father. The 70-year-old man has been sick for some time and was successfully taken from home to follow-up treatment in Yaounde.

After three months in Yaounde, Pa Bush (as he was called) died. The whole family was devastated and, if wishes were horses, they would have loved to have their father again. But what was disturbing them were the thoughts running through their minds on how their father will be buried.

The whole compound is busy. Walking towards the eldest member of the family, one is heard saying: “I am confused of what is going to happen next from here because of the situation back home. We are sad that we have lost a great man but the bigger problem is where are we going to bury our father?

“How are we going to go back to the village? We don’t have enough money and, what happens if we are killed?” These and many more questions are asked silently but answers seem to be blowing in the wind. From the juniors to the seniors, children are confused on what would happen next but preparations are going on.

“Our father is in the mortuary, but we are going on with preparations to give him a befitting funeral ceremony. However, we are still confused, because, we don’t know where he will be buried. Our father was a great man and we love to give him the honour,” Marinnet said.

“At this point, we are a little blocked because while the children here think that their father should be buried here because of the crisis back home and difficulties to reach home, our fathers in the village have said we must bring him back home. I, for one, don’t know what to do, but I’m hoping that a solution will come fast,” the eldest son said.

“The ongoing crisis is causing more harm than good to us, because we can’t go back home peacefully to bury our dead. Once you take off from here and reach home, you will be subjected to pay a sum of money and if you don’t do, you will be kidnapped and any other thing that comes after that is difficult to say,” he added.

However, this is just one family out of the many who have to make the difficult decision whether to bury their dead at home or in cities where they died. Others who braved the odds to bury their loved ones back home have come back with stories. While some say they didn’t have problems, others described their journey home as going back to hell.

“When our aunty died here in Yaounde and we decided to bury her here. We were already digging her grave here but we received a message from our parents back home that she can only be buried at home. We had to stop and when we took her home, we paid the price of taking her back there.

“Back home, fighters asked us to pay huge sums of money before she could be buried. During the burial, we were still obliged to feed the fighters and while leaving, we had to give them something for things to be well. We spent so much that when I returned here, I was empty,” Gisline said.

Observers hold that both parties must stop the fighting because the greatest victims are the innocent civilians who, in one way of the other, are paying the price dearly.

Cemeteries in Yaounde are steadily getting full as people prefer to bury their loved ones there than go back home.

The Anglophone Question: What Went Wrong, What Has Not Been Righted